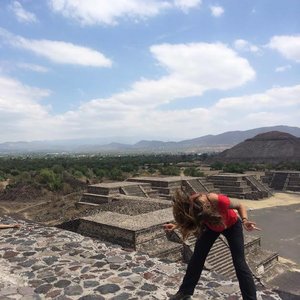 Megan Frye is an unabashed weirdo who moonlights as a freelance writer, translator, and photographer, also doing any sort of odd job that can feed her travel addiction. Following a few Odyssean episodes which included being robbed at machete point somewhere along the Ring of Fire and nearly struck by lightning atop the Continental Divide, she's now a resident of Mexico, where she has learned valuable survival skills and has had the life force sucked out and breathed back into her a number of times, each time sweeter than the last. She hails from the Rust Belt Riviera, Anishinaabe territory, and is the reigning euchre champion of Washtenaw County.