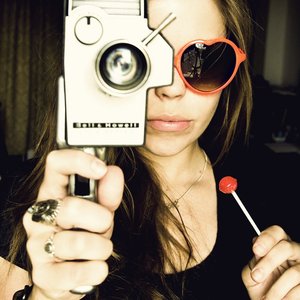 Born in SE Texas, Sara grew up with Southern roots and a terrible accent. After winning a grocery store Halloween coloring contest at only 3 years old, she knew early on that she would be an artist. Her fate was sealed when Sara got her first camera as a Christmas gift around 7 years old and started snapping pictures of flowers and forcing her pet hamster to model for her. Around 11 years old, her dad got a job transfer, moving the family to Roswell, NM; yes, the place with the aliens. This is where Sara attended high school and started shooting with her dad's 35mm camera while taking darkroom classes. She became obsessed with documenting the world and people around her and spent endless hours developing her own prints and negatives in the darkroom. She was even a photographer for the yearbook her senior year. Sara spent the summer after high school getting her feet wet as a photojournalist writing about alien abductions and crop circles for the local newspaper, before moving to Santa Barbara to start classes at Brooks Institute of Photography. This is where she earned her BA in Commercial Advertising Photography. Trading the West coast for the East, after graduation she took an internship with a photographer in Boston, where she learned exactly what not to do in the world of business and photography. Since then she has been freelancing as a photographer and bouncing around from city to city all over the country. While on a 6 month solo road trip Couchsurfing all over the western half of the U.S., she ended up in San Diego where she fell in love with the people, the city and the beaches and never left. Spending the first few months in SD hosting bar trivia, assisting for other photographers, shooting nightlife photography in the clubs of the Gaslamp, and freelancing for Yelp and Thrillist, Sara took the job as San Diego editor for Thrillist. Now she spends her time eating, photographing and writing about food and the hottest new restaurants in the city.