On May 14th, 1998 Seinfeld aired for the final time. 16 years on, it's entirely possible that in the history of television, no show was as diverse and extensive as Seinfeld in its use of the automobile as a means of conveying relatable human emotion. The fact that it was usually hilarious certainly helped. Of course, Jerry is a huge car guy and has one of the better Porsche collections in the world, so we thought it would be fun to take a look back at some of the other great and not so great cars that made the show tick.

Episode:The Secret Code
Vehicle: American LeFrance 900 Fire Truck
Kramer gets to experience something just about every little boy in the world dreams of doing at some point or another. Naturally, reality doesn't live up to expectation.

Episode:The Rye
Car: Porsche 911
In the show, it's just sitting there innocuously, looking all red and pretty. In reality, this is actually Jerry's car, so it's kinda like the show was parked at the intersection of fiction and reality for a bit.

Episode:The Little Kicks
Car: Pontiac GTO
It doesn't matter if you're talking about Frank or George, a Costanza in an old Goat just looks funny. Aaaand now the same goes for a bunch of baby boomers.

Episode:The Parking Garage
Car: Ford LTD
We're not sure who had it worse: the Seinfeld gang for having to hunt forever for Kramer's broken down old Ford LTD, or Elaine's fish, who were simmering in that sealed plastic baggie full of water.

Episode:The Smelly Car
Car: BMW 525i
If you've ever known anyone with really bad body odor and an aversion to deodorant, you understand the problem with this car.

Episode:The Puerto Rican Day
Car: 1996 Saab 900
Being stuck in New York traffic in a Swedish car because of a Puerto Rican parade pretty much encapsulates all of Seinfeld in one moment, doesn't it?

Episode:The Mom and Pop Store
Car: Chrysler LeBaron Convertable
George bought the car because he thought the previous owner was Jon Voight the actor, not John Voight, the random person. This is what happens when you get so obsessed with celebrity that you forget that it's a LeBaron. 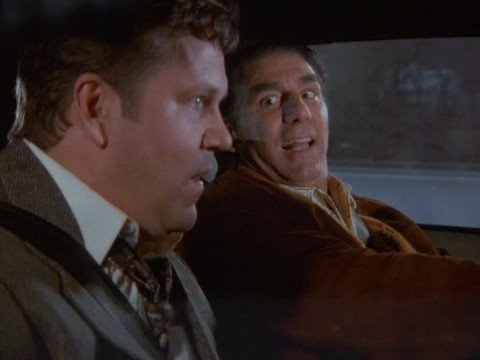 Episode:The Dealership
Car: Saab 900
Admit it: you've always wanted to do this, but are still to afraid to do so.

Episode:The Cadillac
Car: Mercury Mestique
The car is kind of a parallel to George's life in a way. He thinks he has a plan figured out to pretend he's at work, then his plan goes to, well, the same stuff the pigeons coat the car with.

Episode:The Cadillac
Car: Cadillac Fleetwood
The Fleetwod had all the modern trappings, and with it came all the distrust of the retirement village's board.

Episode:The Muffin Tops
Car: Acura NSX
Undoubtedly the nicest car that Newman ever drove, the NSX became his "rental" car. Wouldn't you be a bit suspicious if your mail man delivered mail in an NSX?

Episode:The Scofflaw
Car: Dodge Diplomat
That poor cop. He almost got his parking ticket evader numerous times, only for Newman (of course) to get away with it. Given Newman's propensity to get into and attempt to settle arguments, is it little wonder they used a Diplomat?

Episode: The Keys
Vehicle: GMC General
Hitching a ride on a semi is about as classic as you get if you're running away to pursue your acting career.

Episode:The Keys
Vehicle: Harley Davidson Fatboy
Like the truck that started Kramer's journey to LA, the Harley is the ultimate expression of the freedom that Kramer thinks he has.

Episode:The Keys
Vehicle: Volkswagen Microbus
And, of course, no epic Kramer-esque journey would be complete without a VW bus.

Episode:The Parking Space
Car: BMW 325i
This one's probably a bit unrealistic. At first blush, it's European sport sedan vs. American muscle, which is a fair enough battle, but really, it's a heated exchange over a parking space wherein the guy with the beat up car doesn't just bump the much nicer Bimmer? C'mon.

Episode:The Maestro
Car: Fiat 124
When expectation matches reality of course the taxis in Italy are Fiats. 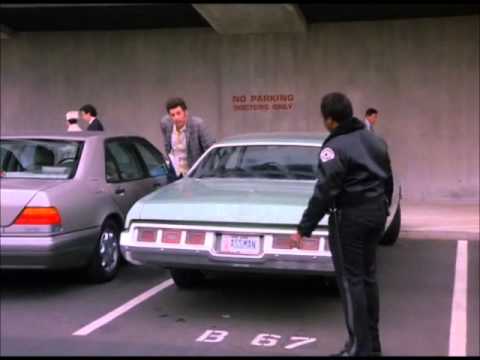 Episode:The Fusilli Jerry
Car: Chevrolet Impala
The ASSMAN was one of Kramer's best moments, and really underscores the overarching vehicular humor of the show. What self-respecting proctologist wouldn't want this license plate?

Aaron Miller is the Rides editor for Supercompressor. He wishes all TV stars appreciated cars as much as Seinfeld.