10 Facts About Race Cars That Will Blow Your Mind

It's one thing to know that a race car is "fast." It's another thing entirely to know exactly how far it bends the limits of physics as it's barreling down a course. Unless you're a hardcore, dedicated fan (or professional driver), the following 10 facts about race cars will assuredly blow your brilliant little mind.

1. A Formula One car’s exhaust gets hot enough to melt aluminum

It can reach 1,000 degrees celsius, whereas aluminum melts at 660 degrees. As a result, it's made out of exotic metals so expensive that the average road car costs less than a set of F1 tailpipes.

2. The manhole covers in Monaco have to be welded down prior to an F1 race, or the cars will literally suck them up

An F1 car at high speeds produces a huge amount of vacuum underneath its floor to keep it sucked to the ground. For a potentially loose manhole cover, that’s a very large problem. This has actually caused wrecks before.

3. The average Formula 1 pit stop is less than three seconds

In the time it took you to read that, the driver parked, the car was jacked up, nearly two dozen guys changed all four tires, and the car was off and running again. 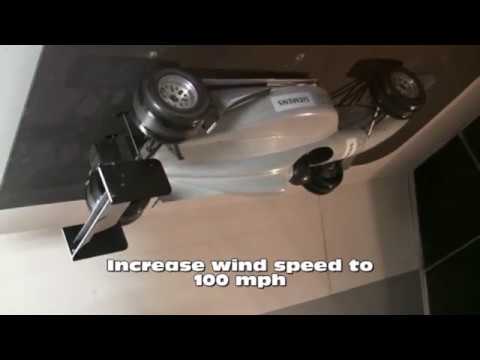 4. Tons of race cars can drive upside down

The amount of downforce an open wheeled race car produces will vary depending on what league it races in (among other things), but it’s frequently in excess of the car’s weight. In other words, once it reaches a certain speed, it can drive upside down...if it has to.

3.05 seconds to be precise. Compare that to how long it takes your jet to take off on a runway.

6. Of course, it should accelerate with mind-boggling quickness considering it has over 10,000 hp

That number can be tough to fathom, so just picture the power of 22 Corvettes compressed into one engine, because that’s the same level we’re talking about.

7. And the fuel consumption required to make that kind of power is off the charts

To get a feel for what 65-80 gallons per minute really means, turn about 30 showers to full blast simultaneously, and then imagine gasoline instead of water spouting out.

You know, only around five times what the top NFL teams spend.

9. An F1 car pulls more Gs in cornering than the space shuttle on launch

It can hit up to four Gs in cornering, and even more under braking. The shuttle? A measly three.

10. Almost everything on your car is derived from something originally developed for a race car