Meet Waymo. If you've heard of Google's self-driving car project (which you have, unless you've been living under a rock), you're already familiar with it to an extent. Amidst rumors that Google was planning everything from a major revamp to outright canceling its car project, the company announced today that it's actually spinning the project off into its own company.

Waymo's ultimate aim is to bring self-driving cars to the public. What's important here is that by "self-driving," the company means fully autonomous technology, not simply an array of sensors that can steer the car for a few minutes at a time under optimum conditions. We're talking about eventually having no steering wheels, no pedals, and no semantic games about what self-driving means. 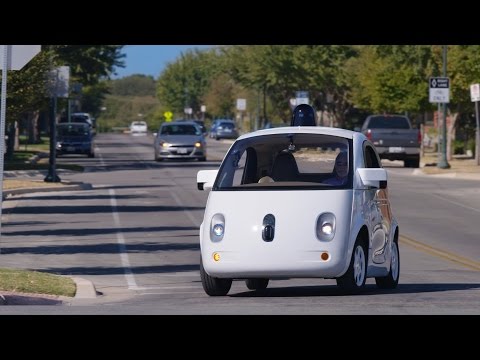 Waymo is new, but not really a startup

Waymo and the Google car project really are one in the same. That means that while Waymo is technically a brand-new company, it's running with over 2,000,000 miles of real-world data collected from its fleet of self-driving cars, and its simulated testing miles have now crossed the billion-mile marker. Simply put, while it's perhaps a novice in the world of physically manufacturing automobiles, it's right at the global forefront of autonomous-technology development.

Waymo's algorithms predict the actions of anything nearby

Watch the video above for a pretty cool visualization of what the car's computer sees as it's driving down the street. It knows to give bicyclists extra room, and can even recognize hand signals when a rider is preparing to change lanes, giving the car extra time to maneuver safely around without endangering anyone. It still has a long way to go, as does everyone's autonomous tech. It will still be a while before these cars are in public hands, but they're on public roads now, and the self-driving future is very much a question of when, not if.

It's about to make 100 fully self-driving hybrid minivans

While the Google program already established an operational fleet of Lexus RX 450h SUVs and, of course, the Google car, Waymo is set to collaborate with Chrysler on a fleet of 100 self-driving Chrysler Pacifica hybrids. It's a move that makes sense -- Google benefits far more from developing its software than it does from engineering a van that dominates soccer duty, and in theory, Chrysler will get to learn more about how ordinary people utilize a minivan in a post-driver society.

Waymo isn't quite ready to unleash such vehicles on the public -- they'll be tested and used by employees still -- but this move is a clear statement that it's quite a bit further down the developmental path than anyone else.

Aaron Miller is the Cars editor for Thrillist, and can be found on Twitter and Facebook. He's all in favor of self-driving minivans.