Why You Shouldn't Trust Your Car's Safety Rating

When was the last time you saw a new car -- on TV, at the dealership, on the internet -- that had a one-star safety rating? Two stars? Three? It just doesn't happen. Case in point: Of the 2,149 vehicles actually tested by the government since 2011, only 103 received a rating lower than four. Not a single model had just one star.

That doesn't mean every new car is amazing and impenetrable. According to the government, three stars denotes average risk of injury. Not only is it statistically nonsensical for every vehicle to receive an above-average rating of four or five stars, it's supremely unhelpful for anyone actually shopping for a car. How do you know if it's legitimately the safest option? You don't. The unfortunate truth is that the government's car safety ratings are pretty much bullshit. 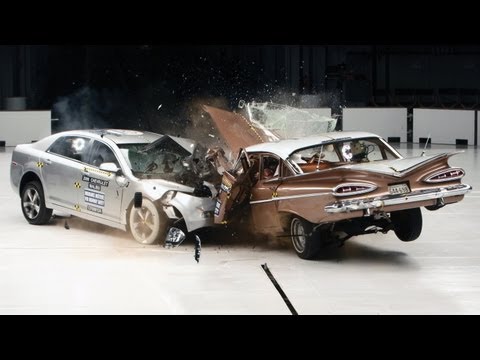 New cars are safer than ever before. That doesn't mean all new cars are equally safe.

These days, even the least safe cars are, generally speaking, safe. Auto manufacturers selling cars in the US must ensure every car and truck meets minimum safety requirements -- that's everything from the obvious stuff, like seat belts and mirrors, to specially treated glass that prevents shattering, crumple zones that mitigate the shock of a collision, and, frankly, too many other features to list. In a five-star system such as the NHTSA's NCAP (New Car Assessment Program), a safety rating of one doesn't mean the car is a death trap -- it just means you're more likely to be injured in a collision in that car, compared to another modern vehicle.

Yet the rating system doesn't actually convey that kind of need-to-know information. It's the equivalent of a classroom consisting of all A and B students, with a couple of slacker C kids scraping by, and nary a D or F. Which sounds great in theory, with one very big but.

If every car is "above average," what do those ratings even mean?

If five stars is the norm, is a three-star ranking, in fact, really bad? It's an excellent question, and one the government needs to be much more clear about when releasing ratings. Otherwise, we might as well be ranking cars as A) Actually Good, B) Good So Long as You're Not in a Really Bad Accident, and C) Chances of Getting Hurt in a Crash: ¯\_(ツ)_/¯. 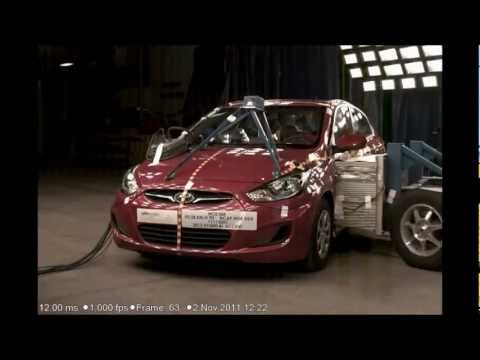 This is the actual side impact test referenced below.

The ratings don't include many of the crash-test results

Oftentimes, a car's safety rating doesn't give you the full picture of its crash-test results. The greatest importance is placed on the safety of the dummy in the driver's seat, since the majority of serious injuries or deaths occur to drivers, but as a result, the ratings neglect to take into account what's happening in other parts of the vehicle.

Take, for example, the 2017 Hyundai Accent. Four stars for frontal collisions, four for side impact, and four for rollover. I pulled up the actual test data for the car, though, and the numbers tell a different story entirely for anyone in the rear seat. In three of the five areas measured, the dummy in the back would have sustained injuries after being struck by the left rear door, resulting in "high lower spine acceleration" and a higher chance of thoracic injury. There was also a high "abdominal rib deflection" that the NCAP expressly states was not included in the star rating.

Basically, anyone sitting in the backseat would've been sent to the hospital, but because the driver would have been nothing more than moderately annoyed at his or her insurance company's choice in hold music, the car gets a four, which as we now know, means "better than average." I don't mean to single out Hyundai here: This exact same language is found in numerous test reports across various manufacturers. To not include these results in the final ranking, however, is a blatant glossing over of some of the most important safety data out there.

The current rankings don't even include crash avoidance systems

The government is well-aware that a large number of cars today come with crash avoidance systems like emergency braking, lane departure warnings, and Autopilot. The NCAP even recommends that you buy cars with these systems. It doesn't test them, though.

Let's say your average 16-year-old was cruising down the road taking #drivingselfies while intently searching for the nearest Pokémon. Which is safer -- a car with a bunch of sensors that go off when he or she drifts into another lane, or a car with no sensors? Oh, that's right, they're both four stars.

Another safety organization, the Insurance Institute for Highway Safety (IIHS), does factor those systems into its vehicle ratings, but it's just as ineffective. If a car performs well in a crash test and has any crash avoidance systems whatsoever, it gets the coveted prize of "Top Safety Pick." But the only systems that the IIHS actually tests are automated braking features -- and if those work as intended, the car is elevated to "Top Safety Pick+." That's it. No weighting for a crash avoidance system goes beyond that, and there's no accounting for cars with superior structures but no automatic braking.

If you skip the ratings and go straight to the car's test results, there's actually a ton of information out there. If you're always going to have a passenger in the backseat, you can see for yourself how well that person will fare in a bad T-bone collision. If you do a lot of driving at night, the IIHS recently started testing headlight effectiveness and found that most vehicles rank as "Poor," and even fancy LED systems tend to come in at "Marginal." You can see those results here.

Just, whatever you do, don't take the overall safety ratings at face value.

Aaron Miller is the Cars editor for Thrillist, and can be found on Twitter and Facebook. He just wants everyone to make an informed decision.