The 7 Booziest Moments From “The Real Housewives”

Fans of Bravo’s The Real Housewives franchise love drama. From coast to coast, the show taps some of the richest and most ridiculous women and their families to stage over-the-top versions of their everyday lives—and anyone who’s seen the indulgent reality series knows that alcohol has a starring role. A couple of drinks can turn even the smallest engagement into an outrageous situation and send wine glasses flying. Here are seven of our favorite boozy moments from The Real Housewives. Things are about to get ugly. 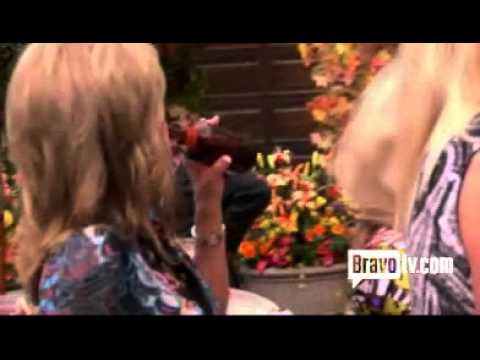 On The Real Housewives of Orange County, Tamra and Jeana confronted each other over a contentious text message exchange. Needless to say, the party took a turn when Tamra flung her red wine into Jeana’s eye, and Jeana retaliated by throwing a pink drink at Tamra’s $1,500 dress. “I’m in my 20s and we don’t even do this sh*t,” Vicki’s daughter Briana said after the brawl.

Wine to the Face

When Emmy-winning actress Eileen Davidson didn’t reenact one of her villainous characters on command during an episode of The Real Housewives of Beverly Hills, Brandi Glanville chucked a glass of wine in her face. Shocking! 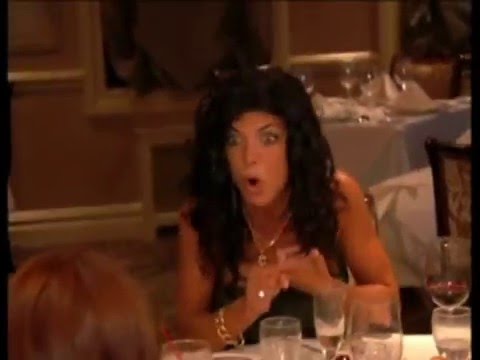 Perhaps our favorite Housewives moment ever was when Teresa Giudice flipped out on Danielle Staub, called her a “prostitution whore” and flipped a table—at her own dinner party. The incident sent red wine flying everywhere. While we lament the waste of perfectly good drinks, the idea of overturning a table is rather invigorating.

Canoeing Antics in the Berkshires

When The Real Housewives of New York decided to spend a weekend in the Berkshires, things got heated when Ramona threw a glass of wine at Kristen’s face, including the glass. Although it was a plastic glass, her lip began to bleed when the goblet made contact. Still, Ramona thought everyone just needed to get over it. 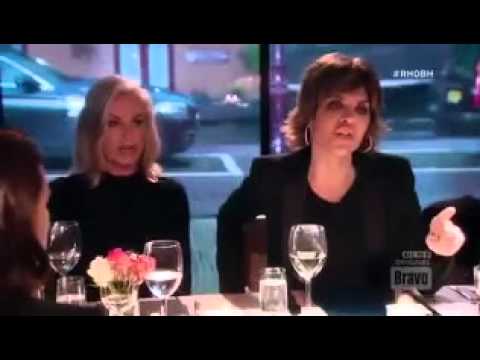 During a trip to Amsterdam, Kim Richards got into a heated argument with her Real Housewives of Beverly Hills co-stars Lisa Rinna and Eileen Davidson at dinner. Lisa lost her cool when Kim tried to talk smack about her husband. She leaned in to strangle Kim, stopped herself, and threw wine in Kim’s face, before smashing the glass on the table. We’re noticing a trend here.

Wine, Pizza and a Fat-Burning Laser

Kim Zolciak needed to get in shape before she went on tour, but she didn’t have time to hit the gym. So she rented a $3,000 laser machine to burn the fat off her body instead. Of course, she invited her Real Housewives of Atlanta cohorts over to get in on the action and turned it into a boozy pizza party. Even though she wasn’t supposed to drink, it’d be okay if she downed a glass of wine while under the laser, right?

Too Much Tequila for Gretchen Rossi

Tamra and Simon invited some friends over for a semi-formal dinner on The Real Housewives of Orange County, and they purposely fed Gretchen way too many tequila shots to see if she did something stupid. Well, the engaged housewife must have forgotten about her man for a minute because she hit on Tamra’s 22-year-old son Ryan as the party was winding down. Don’t forget to drink water, kids!