7 Bar Tricks to Whip Out and Impress Your Friends

Tying a cherry stem with your tongue isn’t impressive―it’s creepy. And folding a dollar bill into a T-shirt is just … weird. Replace those stale bar tricks with these quick, easy and insanely cool tricks that are sure to earn you a good laugh and some cool points. Whether you’re trying to impress a potential match, get your friends to buy you a round, or simply inject life into the party, here are seven easy, impressive bar tricks to whip out at the bar. 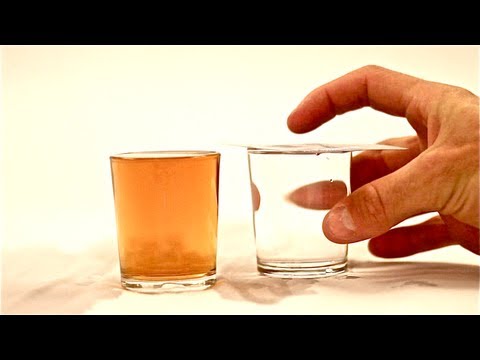 Spin a Straw Without Touching It 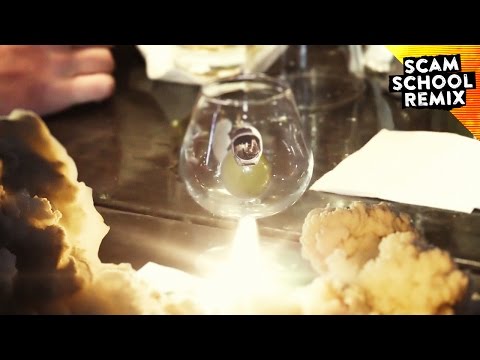 Place an olive on a napkin, and set another empty napkin a decent distance away. Claim that you are going to move the olive between napkins using only a snifter glass. For greater effect, challenge someone else to do the same first, as they will undoubtedly try to scoop up the olive in vain. When it’s your turn, flip the glass over the olive, then quickly move it small circular motions. The centrifugal force will suck up the olive in a twister motion to the top of the glass. You could either flip the glass over when the olive is near the top, catching it, then transfer it over. Or you could truly impress by maintaining the centrifugal motion while you move the glass, upside down, to the other napkin. 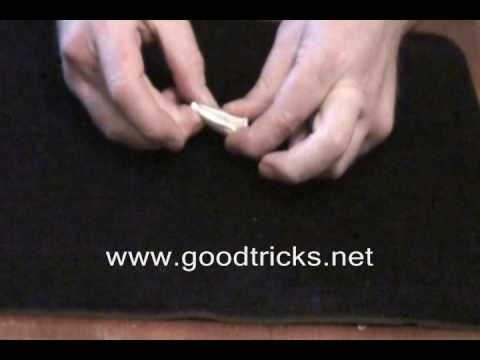 Bend a Cigarette Without Breaking It

While we would never promote smoking cigarettes, they have been a bar trick mainstay for generations, and for good reason. Ask for someone’s cigarette, and insist that you can bend it in half, tip to tip, without breaking it. Then, roll up the cigarette tightly in a dollar bill. Bend it in half, touching one end to the other, then unroll it, revealing a perfectly intact loosey. 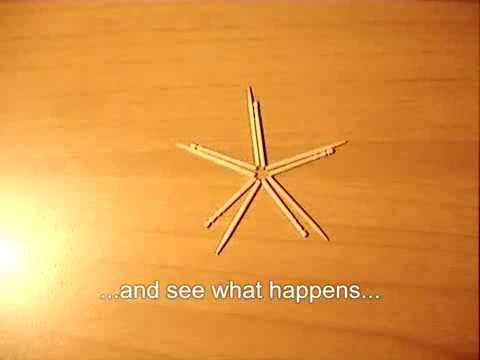 Turn a 10-Pointed Toothpick Star Into a Five-Pointed Star

Arrange 10 toothpicks in a circle so that they form a 10-pointed star, or a sunburst rather. Using your finger to create a seal, trap water in a straw. Carefully drop one single drop of water at the center of the star. The water will make the toothpicks join together in pairs, and spread out creating a perfect five-pointed star. 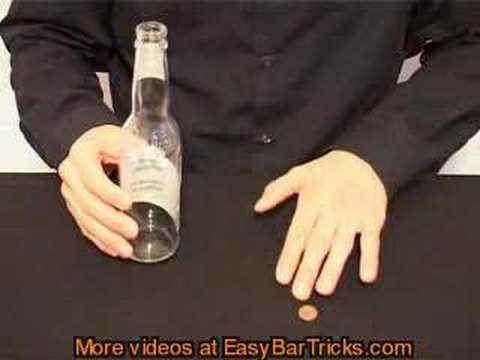 Drop a Dime in a Bottle Without Touching It

Break out the business card again for this easy trick. Rest the card on an empty bottle, then put a dime or penny on the dead center of the card, with the opening of the bottle directly underneath. Then, simply flick the card, and the coin should fall directly into the bottle, as opposed to, as many would expect, go flying with the card. 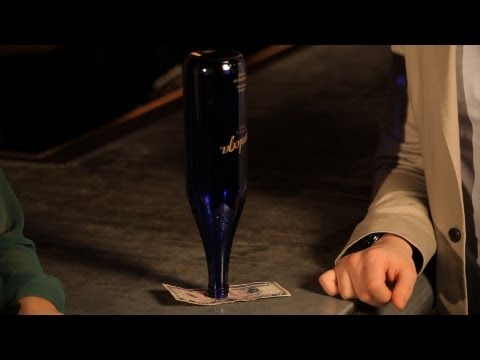 Remove a Dollar From Underneath an Overturned Beer Bottle

Admittedly, this one is a little bit of a cheat, and people may be disappointed when you don’t yank a dollar bill from underneath an overturned beer bottle with ninja-like prowess. That said, it’s still pretty impressive. Place a dollar underneath an empty, upside-down beer bottle. Slowly roll the dollar bill up toward the bottle. This motion will simultaneously nudge the beer bottle away, and pull the bill toward you, without knocking it over.