The 9 Craziest People Who've Ever Run For President

It's easier than you think to run for president—all you need is money, charisma, a vague objective and 35 years of experience as an American human. This set of easy prerequisites has, over the years, become too apparent to legions of weirdos who've all had the confidence to say: "heck yeah, I could run the country!"

From self-proclaimed vampires to former punk icons, these presidential candidates all tried their damn best to win but all failed miserably.

Vermin Love Supreme (probably not his real name…) is a performance artist and all around weirdo who’s been known to walk around with a boot on his head whilst carrying an enormous toothbrush.

Of the many killer promises he’s planned if elected, the ones that stand out the most involve a law requiring everyone in America to brush their teeth, research devoted to the concept of time travel, a free pony to everyone in the nation, and zombie apocalypse awareness. Vermin once also donated a kidney, which he mentions on his f*cking insane website.

Legendary frontman of the Dead Kennedys and punk guru, Jello Biafra attempted to snake the Green Party nomination in 2000, losing to Ralph Nader. Biafra chose death row inmate Mumia Abu-Jamal as his running mate, promised to enact a maximum wage, abolish the military, and lower the voting age to five.

Still, could've been cool to have a president who once wrote a song called “Kill The Poor.” 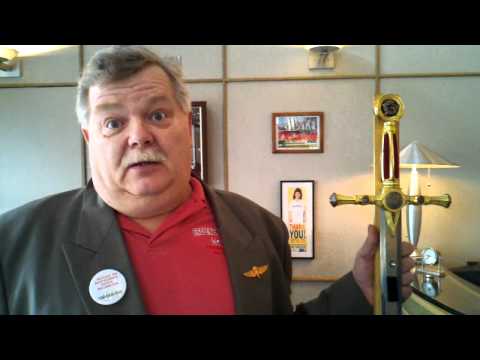 Tennessee’s own Basil Marceaux has run for office unsuccessfully numerous times, most recently in 2010 and has made a myriad of outlandish promises like banning police officers from charging suspects for anything except vehicle moving violations and essentially granting Americans immunity from the law with the statement from his website: “VOTE FOR ME AND IF I WIN I WILL IMMUNE YOU FROM ALL STATE CRIMES FOR THE REST OF YOU LIFE!" Oh, he also released a Christmas song. It’s pretty good.

Have you ever looked at the White House and just gone: “man, I wish there was a convicted felon running the country.” That could have been the case had James Traficant won the 1988 presidential election.

He was part of the House of Representatives in Ohio, but got expelled after taking taking bribes, filing false tax returns, and forcing his coworkers to perform chores on his houseboat. Traficant served seven years in jail and was released in late 2009. He served as a guest speaker at a Tea Party protest before he was killed in 2014 in a farm accident.

Yep, we could’ve had a guy called The Impaler in the White House. But here are all the reasons we should be glad this ex-wrestler lost. Sharkey is a self-proclaimed vampire and only drinks the blood of women because “women are beautiful...they have such beautiful necks and arms.” His policy on crime involves torturing and impaling criminals, he called former President H.W. Bush a communist and a “wuss,” and he once recorded an album of Elvis Presley covers.

There’ve been plenty of celebrities who’ve attempted to run for President, but Roseanne Barr got as far as filing with the Federal Election Commission in 2012 under the "Green Tea Party" ticket. Barr’s candidacy promoted mental health and meditation, but also promised to send Wall Street bankers to re-education camps and be executed by beheading. So, yeah, that happened. 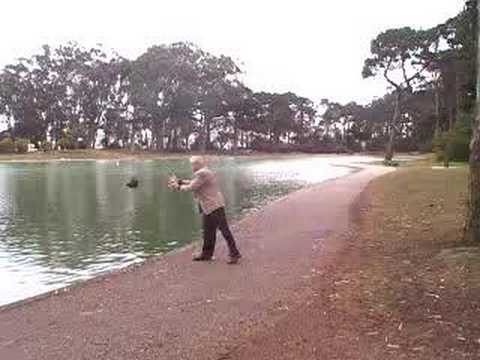 Alaskan Senator Mike Gravel gained fame through a series of bizarre and super unsettling election videos during the election of 2008. One involves a stone-faced Gravel staring into a camera and then throwing a huge rock into a lake. The other is literally seven minutes of a cracking fire. Needless to say, he didn’t win.

When comedian Pat Paulsen was approached by The Smothers Brothers with the idea of running for president in 1968, he replied: “Why not? I can't dance—besides, the job has a good pension plan and I'll get a lot of money when I retire."

Paulsen’s political career was grounded in satire and he would often publicly answer questions with the phrase: “I feel that it is too directly bound to its own anguish to be anything other than a cry of negation, carrying within itself the seeds of its own destruction. However, to get to the meat of the matter, I will come right to the point, and take note of the fact that the heart of the issue, in the final, analysis escapes me." Whoa.

While he was never truly serious about holding office, Paulsen did come in second place to Bill Clinton in the New Hampshire for the Democratic Primary...with 921 votes.

Jeremy Glass is the Vice editor for Supercompressor and the only thing he plans on running for is "from a bear" in "the near future."