Before we get into the horrible flaming shot fails, let’s first discuss how to properly light a shot on fire. Step one: Don’t do it. Step Two: If you choose to ignore step one, DO NOT USE EVERCLEAR or any other ultra-high-proof alcohol. Stick to humble overproof rum. Everclear is nearly 100 percent alcohol, which makes it very difficult to extinguish when lit. Step Three: Extinguish the flame by dropping the shot into a beer or placing a coffee mug or shaker tin over the shot to smother it. DO NOT BLOW IT OUT or you will go full Game of Thrones dragon-mode and blow fire all over the place. Still tempted to down a flaming shot? Do us a favor and watch these videos first.

WARNING: These videos contain graphic material and, in some cases, explicit language because, well, people are drinking fire. 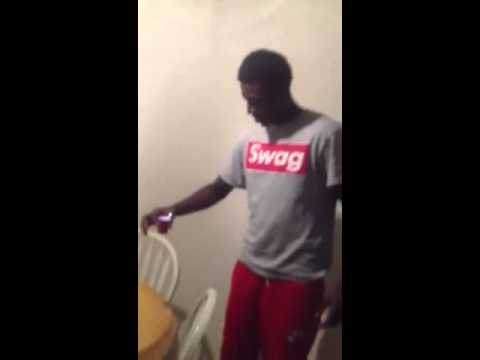 This guy violates literally every one of our flaming shot rules. He lights Everclear, tries blowing it out, panics and nearly set his dining room table on fire. Not to be outdone, the friend filming the terrifying endeavor makes fun of him for running out of the place after nearly setting his apartment ablaze. Hey guy, that’s what you’re supposed to do when your apartment is on fire. 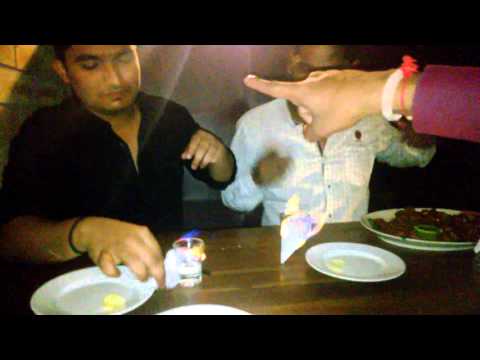 Few people get to mess up flaming shots as much as these guys do and live to tell the tale. These guys are a little too casual about everything around them—including themselves—being on fire. Don’t be these guys. 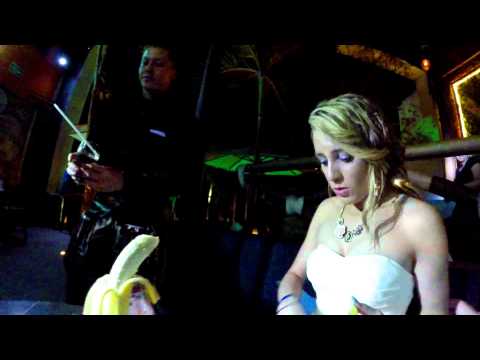 8. That was a nice wedding dress.

As the bride in this video sips a flaming drink through a straw, a few fiery drips fall out of the glass and onto her dress, scorching the fabric. Fortunately, it wasn’t serious, and the bride had a nice laugh about it (keeper!), but imagine what could’ve happened if more than a splash of alcohol spilled onto her dress? It would have been less of a white wedding and more of a white-hot wedding. 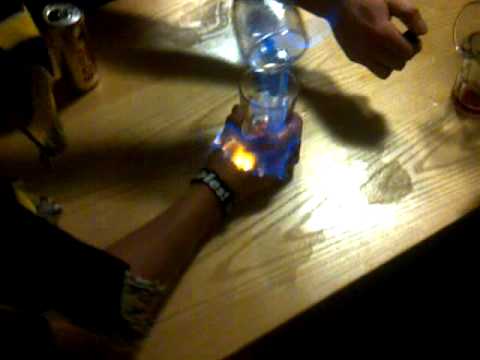 Take the warming power of gloves to the next level with Fire Gloves. All you have to do is be an idiot and spill a flaming shot on your hand. It’s literally the hot new thing. 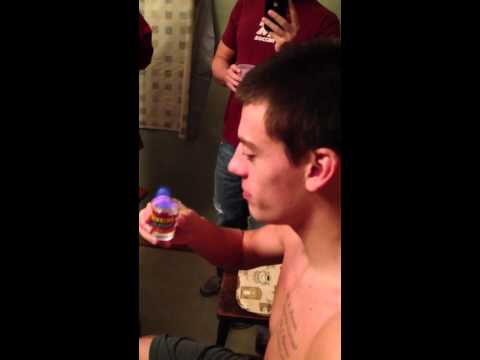 Instead of allowing him to ingest flames, this guy’s hand and mouth rebel against him, causing him to spill the fiery alcohol onto his face, creating a beard of flames. Fortunately, he quickly puts it out and can now run his fingers over the closest shave he’s probably ever had. 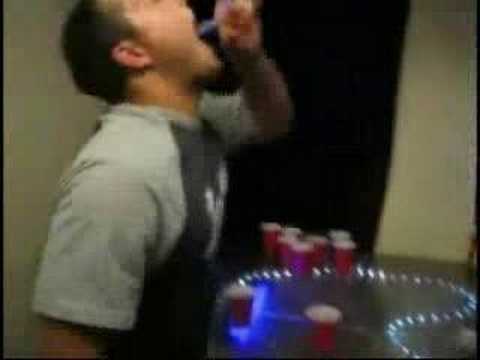 5. Behold, the Father of Dragons.

Determined to keep the party going, this frat star decides he’s going to shoot a flaming shot into his mouth without touching the glass to his lips. Pretty sweet, bro—except he ends up spilling flaming alcohol on his face, spitting out the flaming alcohol that actually made it into his mouth (maybe it was hot, who knows?) and breathing fire like a dungeon dragon. Rah, rah, like a dungeon dragon.

This guy must really hate beer pong. Rather than play the classic drinking game, this guy would rather drink a potentially face-burning shot, vomit fire from his mouth and melt a red Solo Cup with his fiery idiot breath. A simple “no thanks” would’ve sufficed.

3. In Russia, flaming shot take you.

On a dreary winter day in Russia, two guys—shirtless in true Putin fashion—decide they need to warm up with a couple of flaming shots. Why not? Here’s why not: One of these intelligent gentleman ends up extra cozy when a trail of flaming alcohol spills down his chin and chest, causing a line of fire to blaze down his body. Feeling probably the warmest he’s felt in a very long time, the guy sits relatively motionless as his comrades put him out. He then picks up his cigarette and continues what we imagine to be just another Tuesday in Russia. 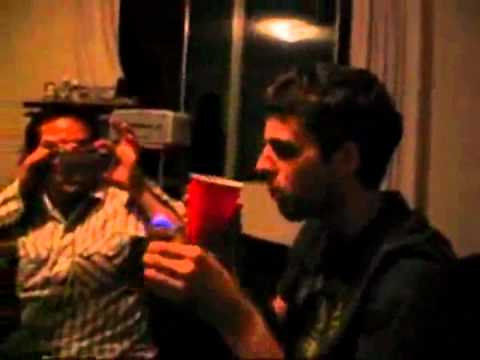 It’s not just dangerous to take a flaming shot, it’s dangerous to be in the same room as someone taking one. As you’ve seen by now, these flames go everywhere as panic ensues. If you’re in the line of fire of a dropped flaming shot—like this guy—you could pay the price. More reason to step in and be the voice of reason when you see someone gung-ho about trying to ingest fire.

What’s worse than panicking with a flaming shot in your hand? Getting cocky with a flaming shot in your hand. This guy begins the video by lighting a cigarette with his flaming fingers after dipping them into a lit shot. He then reaches for the glass, attempts to bring it up to his mouth and then everything goes to hell. He spills the blazing alcohol onto his crotch. Luckily, his friend is there to help by repeatedly hitting his groin to put out the fire. What a pal!