Independence Day was the summer blockbuster that forever redefined a holiday. Fourth of July once stood for drinking too much, getting out of work, and taking simple patriotism to aggressive jingoism. This motion picture event took that patriotism, added aliens, and gave us a hit that resonated with any American viewer who ever suspected that the U.S. would save the day should monsters from space invade. In other words, all American viewers.

With a sequel in the works and the Fourth on the way, we thought we’d share with you some facts about this film that you may not have known.

The essential Fourth of July film almost had very little to do with the Fourth of July. At first, the studio wasn’t sure that the movie should lay claim to such a coveted title, which might work better on an Oscar-bait period drama about, well, Independence Day.

To convince the studio otherwise, the filmmakers added the “Today we celebrate our Independence Day!” line into Bill Pullman’s speech at the last minute, hoping that his stirring performance would convince the suits to see it their way.

Obviously, it worked. Fun fact: the other proposed title was Doomsday. Which is a considerably less awesome holiday.

2. The U.S. Military had problems with the Area 51 references

Like any good summer blockbuster, Independence Day loves the U.S. military. And for a little while, the armed forces returned the fond feelings, offering to consult on the movie and let the crew film at actual military facilities.

Until they realized that the notorious Area 51 figured heavily in the script. Unhappy that a sci-fi film dare suggest that there might be alien bodies and spacecraft stowed away in a government bunker, they cut off ties to the filmmakers and refused to offer any support. Which had the ironic effect of just making us more suspicious.

3. The ending was a reference to War of the Worlds

Independence Day was pure, dumb fun, but some viewers felt that it veered a little too far to the dumb side towards the end, when Jeff Goldblum realizes he can defeat the aliens by infecting their computers with a virus. Would intergalactic invaders really use Windows?

However, the filmmakers meant for this moment to be a modern take on War of the Worlds, in which the invasion eventually failed due to the aliens’ lack of immunity to our bacteria and diseases. The computer virus in Independence Day was a twist on this idea.

We still find it hard to believe they didn’t have at least one IT guy on hand to deal with these issues, though.

4. The Unabomber delayed the production

Independence Day is as ‘90s as the Unabomber. Which is worth mentioning, seeing as these two artifacts of Generation X’s cultural memory collided at one point when Ted Kaczynski called in a threat to Los Angeles International Airport, briefly interfering with the filming of the movie.

The advertising campaign for Independence Day was legendary, beginning with that Super Bowl spot that had us hyped for the carnage to come.

Not everyone was excited, though. Spanish ads for the film, featuring news reports about the gigantic spacecraft hovering over the world’s major cities, resulted in a small-scale panic reminiscent of the public’s reaction to the infamous Orson Welles War of the Worlds radio broadcast.

6. The final battle was based on real footage

Remember that ridiculous ending to the movie, when the skies are swarmed with fighter jets pulling off maneuvers straight out of Star Wars? As unrealistic as it may have looked, the filmmakers were actually striving for authenticity, having based the sequence on footage provided to them by the Israeli Air Force. 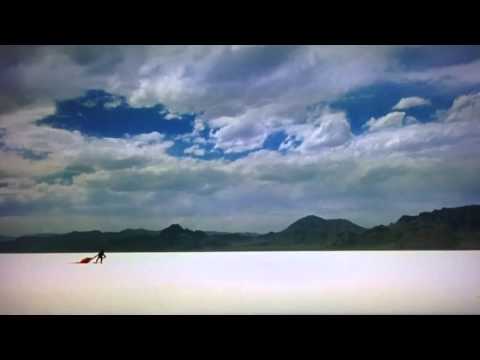 7. That classic smell line was ad-libbed

For a movie about aliens terrifying the world, Independence Day had quite a few laughs going for it, most of them courtesy of Will Smith’s character.

One such moment occurred when Smith, dragging a dead alien across the desert (for some reason) exclaims, “And what the hell is that smell?!”

This line wasn’t in the script, though. The production was filming in the Great Salt Lake, and Smith was reacting to the stench of millions of dead and decaying brine shrimp that had sunk below the surface. We can only assume that’s the reason he’s not back for the sequel.

8. It was one of the last blockbusters to use minimal CGI

These days, it’s not uncommon to find yourself in a movie theater watching in awe as the great monuments of humankind succumb to the CGI-inflicted destruction that Hollywood doles out with frightening regularity.

In other words, those explosions were real. They were just smaller than they looked, that’s all.

The aliens of Independence Day are nasty creatures, drenched in buckets of slime, in case the whole “destroying the planet” thing didn’t make you hate them enough.

The crew achieved this effect with a simple, yet effective resource: KY Jelly. Due to the heat of the desert, it would evaporate pretty quickly, meaning the prop department had to keep adding more. We wonder at what point the people selling them this stuff got suspicious.

So that's who bought the 55-gallon drum on Amazon!

When (spoilers) Randy Quaid kamikazes the alien ship at the end of the movie, the shrill sound effect of the main weapon failing before it explodes signaled to the audience that the bad guys were finally finished.

How did the sound team create an effect suitable for such a major moment? By manipulating a recording of James Brown’s iconic scream.

Joe Oliveto thought this was the greatest movie ever when he saw it in the third grade. Follow him on Twitter.