In a way, Wild Wild West is the Anakin Skywalker of action movies: rife with potential, but ultimately a monstrous disaster that caused massive unrest in the universe. It had all the makings of a summer smash hit, what with Will Smith, Salma Hayek, a song by Will Smith, oh—and a giant mechanical spider or something?! What happened?

Sixteen years have passed since the movie debuted, and still nothing has inflicted the same amount of disappointment within my soul than that fateful day in 1999 when Will Smith and Kevin Kline partnered up to ruin history. Because I like aging bad movies, I decided to give it another go and see what I would learn from rewatching Wild Wild West.

1. This film didn't give a steam-powered f*ck about history

99% of the words that come out of the mouths of these two men were not invented in 1869. Just read the IMDb page.

And I’d make him my wife and we’d live happily ever after, cuddling, drinking port, doing crossword puzzles under a big oak tree, and watching Dave on DVD.

3. Will Smith kinda just winged it

Will Smith is Will Smith in this movie. Nothing more and nothing less. I'll tell you one person he isn't—a man from the 1800s. Considering sunglasses weren’t mass-produced until 1929, I find it a little unbelievable that his character would be sporting a pair of sunnies in the 1800s. Or using modern slang. Or, for that matter, holding any sort of position of power in the south where—uh—slavery happened.

4. You definitely cannot use a severed head to view the last thing a person saw before they died

I ask doctors a lot of weird things, but this one is kind of obvious. You just can’t. Probably. Most likely. Well, you never know. Maybe I’ll ask a doctor one day. It’s gotta be true.

5. The facial hair in this movie is nothing less than inspiring

You've got Will Smith’s killer trimmed facial and—of course—Kenneth Branagh’s Tony Stark-inspired beard. It’s perfect. Oh I get, it's supposed to look like a spider. 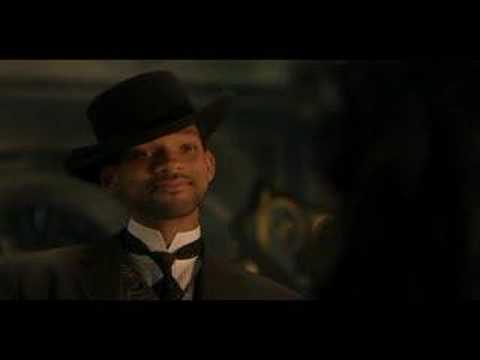 6. I don’t think subtlety was important in the 19th century

I want to point out this scene where Dr. Arliss Loveless coyly drops the words “coon,” "color," and “slave” in a cute, little, punny way to Will Smith. “I haven’t seen you in a coon’s age!” Think racism was that subtle back in the 1800s? Hell no.

7. Kevin Kline’s character should have been recast...

As Kelsey Grammer. Hear me out. Frasier Crane and Artemus Gordon are the exact same character: snippy, contrarian eggheads who always think they're right. In fact, they easily could have swapped out Will Smith’s character with David Hyde Pierce. It’s a travesty that the cast of Frasier didn’t star in Wild Wild West.

I thought Salma Hayek was in this movie...?

9. I don’t think that giant mechanical spider could’ve existed back in the 19th century

Is he Spiderman? Maybe a Nazi? His flag suggests he's a combination of both. I know he wants to kill the president, so that sort of just makes him a huge dick.

I thought it was the Wright brothers. Wild Wild West did to American history what Ben Affleck did to multiple women in the back of a Volkswagen. 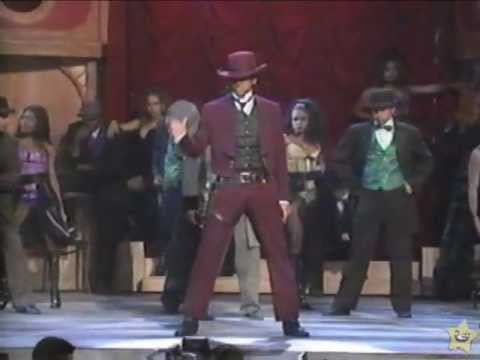 12. I'm pretty sure the film only existed as platform for the song “Wild Wild West”

Yes, I know it’s a revamp of an old TV show from '60s, but that’s pretty much irrelevant when you have a killer rap song by Mr. Men-In-Black-of-Bel-Air spitting rhymes like a felon. Oh FINE, here it is.

Jeremy Glass is the Vice editor for Supercompressor and will never say one bad word about Men in Black.