17 Verified Bill Murray Stories That Are Too Ridiculous To Believe

By Jeremy Glass, and Wil Fulton

As far as living legends go, Bill Murray is right up there along with Nicolas Cage and that sneezing baby panda. But there's something more to Murray, some sort of fantastical omnipotence that follows him around from film set to frat party. With his "no one will ever believe you" urban legend status, you'd think most of the stories about his bizarre behavior would be false...however, there are some confirmed tales out there that prove Bill Murray lives up to his mythical status.

Come to think of it, that sneezing baby panda very well could have died in captivity. But let's move on!

Bill Murray and singing in front of strangers go together like peas and carrots. One epic night in New York City, a group of locals thought they saw the Caddyshack star in a karaoke bar. Not only were they correct, but they ended up spending the whole night with him (in a totally platonic, non-orgy way). Allegedly, he bought the locals “some French liqueur made by monks” and “sang a duet of an Elvis song called, ‘Marie's the Name’.” True story.

Chevy Chase is a funny dude. He’s also a complete dick who doesn’t hold back when he dislikes someone, so it shouldn’t come as a surprise that the two Caddyshack co-stars have had a couple of altercations in the past, including one memorable dust-up backstage while Chevy was hosting SNL. Murray recalls the event: “Chevy is a big man, I’m not a small guy, and we were separated by my brother Brian [Doyle-Murray], who comes up to my chest. So it was kind of a non-event.” Murray ended up calling Chase a “medium talent.” Even his insults are endearing.

One Reddit user tells us about an instance in which Murray stole some of their McDonald's fries and walked away yelling "No one will ever believe you.” Such a cultural phenomenon this is, that Urban Dictionary has added “Bill Murray Story” into its expansive and ever-growing lexicon. This is the only thing Murray and “Pecan Sandies” have in common (SEARCH AT YOUR OWN RISK).

Obviously Bill Murray, the supreme master of fan interaction, goes far and above the traditional pen and paper autograph. For example, he once decided to recreate the slow-mo entrance walk from Quentin Tarantino's classic Reservoir Dogs with some lucky fans. Awesome, at a high frame rate.

Murray has made his fair share of solid career choices. But, like any other professional actor (besides Leo), he has been involved with some clunkers. Paramount among these mistakes was 2004's Garfield, where Murray voiced the lasagna-loving, Monday-hating titular feline. Fans baffled by Murray's decision were relieved (and amused) when he admitted that he had mistakenly thought scriptwriter Joel Cohen was none other than Joel Coen (note the missing "H"), of the Coen Brothers. Joel Coen (with his brother Ethan) wrote and directed modern-classics like Fargo, The Big Lebowski, and No Country For Old Men. Joel Cohen helped write Daddy Day Camp. Whoops. 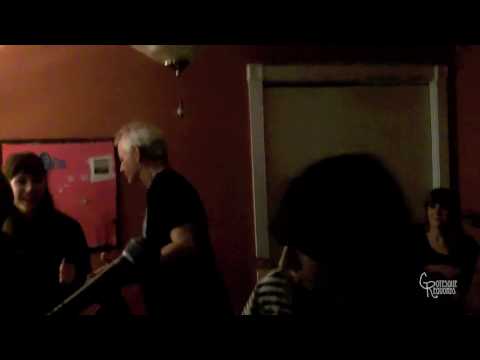 If you are ever in need of a celebrity bartender for your next house party/box social/Bar Mitzvah, look no further than Wild Bill Murray, who will sometimes show up at your bar, and tend it fo’ free. As was the case when he got behind the bar of Austin’s Shangri-La during 2010’s South by Southwest festival. One small problem: he only serves shots of tequila. Which is actually only a problem if you suck.

There are countless stories about Murray crashing weddings, karaoke bars, and apparently, engagement photos. This 2014 story comes courtesy of Charleston wedding photographer Raheel Gauba who caught Murray messing with his clients and standing behind the camera “with his shirt up, belly out, tapping his belly and trying to make them laugh." Of course the couple ended up taking a picture of Bill Murray, making the photos way better than the wedding...probably. 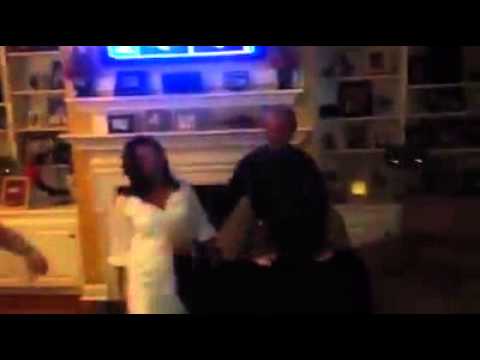 In rural Jedburg, South Carolina, where probably nothing interesting happens, Bill Murray turned up at a birthday party where he immediately got turnt up. The elusive actor then spent the evening dancing with party goers to songs like "Turn Down For What" and "867-5309/Jenny."

Bill Murray has no damn time for an agent, which is exactly why he set up an 800-number for pitches and offers: “If it's interesting, I'll call you back,” Murray told GQ back in 2010. “And if it's not, I won't.” Sofia Coppola took advantage of the number and reportedly left hundreds of messages on Murray's mailbox before he finally called back to discuss Lost in Translation.

10. Winning late night talk shows by diving into a dumpster

Most celebs go on Letterman, tell a few shitty anecdotes, and plug their latest project—excluding Paul Rudd, who endlessly plays the same clip from Mac and Me. Bill Murray, on the other hand, takes late night TV and turns it into high theatre. Orphan-newsie-turned-staff writer, Wil Fulton, attended this taping of Letterman where Mr. Murray dove into an NYC dumpster filled with water. He split his head open (naturally), but waited till the commercial break for medical attention. Murray then promised the medic total consciousness on his deathbed...so he's got that going for him, which is nice.

If you’ve never seen the 1996 bowling comedy Kingpin, starring Woody Harrelson, Randy Quaid, and Bill Murray, drop everything and see it now. At the very end (spoiler alert) Bill Murray, as pro bowler Ernie McCracken, hits three strikes in a row, winning the game—a feat that Murray actually accomplished in real life during filming. What can’t this man do?

12. He showed up to an ice cream social randomly named after him

What’s better than Bill Murray and ice cream? Nothing. Nothing is better. A 2014 story from Rolling Stone tells the tale of an LA ice cream shop that threw an impromptu "Bill Murray Ice Cream Social" that was attended by—who else—Bill Murray. The ice cream shop owner, known only as Joe, had this to say about the occurrence: "Long story short, the guest of honor made it to the party and the rest is history," Joe said. "Like my dad always says, 'You'll never dance with the pretty girl unless you ask.'" Nobody puts Murray in the corner. NOBODY.

“How and why I got this from Bill Murray, I have no idea!” tweeted legendary wrestler/lover of sunglasses, Rowdy Roddy Piper, but this card exists and that means the world is a wonderful place. 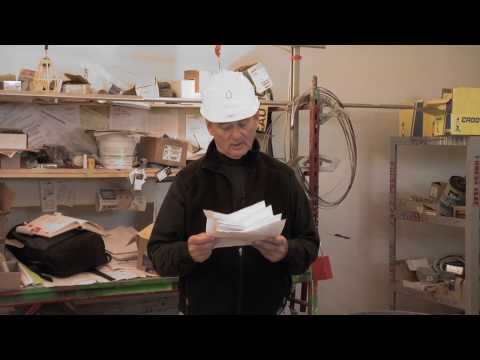 One of the earliest pieces of Bill Murray folklore involves a blonde Nordic woman named Lykke Stavnef and a stack of dirty dishes. Following a golf tournament, 22-year-old Stavnef invited Murray to a party at her house where he spent the night hanging out and started scrubbing away. Maybe it was because good things can happen when you stay late, or maybe he was just being nice.

One of the finest stories about Murray’s antics comes from the late great Harold Ramis, who recounted this story in a 2004 issue of The New Yorker:

"One of my favorite Bill Murray stories is one about when he went to Bali. I’d spent three weeks there, mostly in the south, where the tourists are. But Bill rode a motorcycle into the interior until the sun went down and got totally lost. He goes into a village store, where they are very surprised to see an American tourist, and starts talking to them in English, going ‘Wow! Nice hat! Hey, gimme that hat!’ And he took the guy’s hat and started imitating people, entertaining. Word gets around this hamlet that there’s some crazy guy at the grocery, and he ended up doing a dumb show with the whole village sitting around laughing as he grabbed the women and tickled the kids. No worry about getting back to a hotel, no need for language, just his presence, and his charisma, and his courage.”

17. He helped a taxi driver accomplish his dream

During a Q&A session during the Toronto Film Festival, Bill Murray recounted a story in which he helped a struggling saxophonist practice his craft. Murray asked a taxi driver how often he got to practice, when the driver responded that he never had time, Bill took things into his own hands: "Pull over and get in the back, I know how to drive a car. Not only did he play all the way to Sausalito, which is a long way, we stopped and got barbecue." BBQ + Bill = heaven.

Jeremy Glass is the Vice editor for Supercompressor who captures criminals throughout New York City with his brand of sexy, irreverent justice and Wil Fulton is a staff writer whose spidey sense is ALWAYS tingling at the worst possible times.