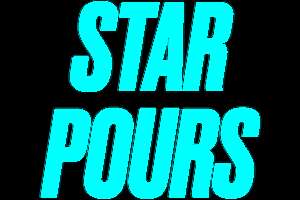 Unlike wine or tequila, the celebrity rum space isn’t exactly a crowded one. But rum is an underappreciated spirit, and celebrities (some, more than others) have bestowed upon it a fair share of love and attention. Given that it’s a drink of celebration, it’s no surprise that this category is taken up entirely by musical artists who are hoping to capture the exuberant spirit of Caribbean culture.

The team at Thrillist sat down for a rum roundtable, testing everything from Kenny Chesney’s Blue Chair Bay to Bruno Mars’ Selva Rey. While a few of these bottles lean into the stereotypes that are often associated with rum—from tiki culture to pirates—others have chosen to reframe the narrative, honoring the spirit’s long-forgotten history and complexity. To help you make merry, here’s our ranking of the best celebrity-owned bottles, from whites and darks, to infusions and creams.

Kenny Chesney’s Blue Chair Bay Rum is made in the Caribbean—where exactly, we’re not quite sure. The Pineapple Rum Cream stood out to us as a solid piña colada mixer, though we also think it’d be great on its own, blended into ice. “This has a very all-inclusive resort vibe,” says Opheli Garcia Lawler, staff writer on Thrillist News. It’s sweet without being too sickly, though given the context of where you might enjoy such a drink, it depends on how much you consume. “I can see it at any sort of outdoor party where there are tons of options and you just want to get your hands on the first thing,” says editorial assistant Kelsey Allen. “Or a Joe’s Crab Shack,” Garcia Lawler jokes.

When this rum was first poured into our glasses, we audibly gasped. “This looks like a Walmart merlot,” says Garcia Lawler, noting its transparently red appearance. With white rum as a base, this bottle is infused with macadamia nuts and a coloring agent made from “all natural fruit and vegetable juices.”

The description says to “Think cordial,” and that’s exactly right, though Allen took that as “cough syrup texture.” It’s incredibly complex on the nose, with strong notes of almond and vanilla. Allen likened the smell to a “Starbucks sugar-cookie-type drink, one of those viral, secret menu items that consist of seven different syrups,” while Garcia Lawler compared it to the Christmas section at Target.

Upon tasting this rum, we all agreed that it’s not exactly suited for drinking at the beach, but it would make an excellent baking rum for something especially wintery, like a Danish romkugler. “It’s very macadamia nut-y,” says Garcia Lawler. “I feel like I could dip a white chocolate macadamia cookie in this, and it’d be fine.” There’s a lot going on in this spiced drink, but we weren’t exactly mad about it. “Sammy’s right when he describes it as ‘exotic,’ as in, like, the traditional definition of ‘exotic’—something you’ve never encountered before,” Garcia Lawler adds. She feels it’d be a great option for wine moms who are looking to transition to rum.

Lil Wayne is not the owner of Bumbu, per se, but he is an investor and loyal brand ambassador. “It seems like Lil Wayne’s rum is made for people who have an appreciation for the craft of making rum, rather than the desire to drink alcohol to get drunk,” Garcia Lawler says. We were pretty floored by the XO expression, which tasted remarkably similar to whiskey. It’s aged up to 18 years in bourbon barrels, with notes of toffee, toasted oak, and orange zest, and designed for sipping on its own. Garcia Lawler noted that if mixed into a drink, she might even mistake it for a Jack and Coke.

The only thing we would change is the aggressively masculine black bottle, marked with a pirate-like “X.” “You know how in old-timey movies, women poison their husbands with arsenic? This is the bottle they use,” Garcia Lawler says. “It looks like it was made for someone who only buys car leather body wash.”

We also enjoyed the Bumbu Original variety, which was on the bitter side, and according to Allen, an ideal beverage for sipping alongside a book. Garcia Lawler favored the Cremé, which she described as an eggnog-like drink she would reach for while watching The Holiday or Pride & Prejudice on a cold winter’s day. At this point, you might be sensing a theme that the rums we’re tasting are more than just beach drinks.

We had high hopes for this one, as Bruno Mars has managed to capture all of our hearts in some way or another. “When I was recovering from my COVID vaccine in 2021, his spirit took over me,” Garcia Lawler says. “I watched every single Bruno Mars video that exists.” Allen added, “As a teen, I was really into his first album. I remember the song ‘Talking to the Moon’ made me really emotional.” And we’re happy to report the rum did just the same. Selva Rey’s Chocolate Rum proves that flavored spirits can, in fact, taste modern and elevated. While most flavored rums use neutral white rum as a base, Mars chose a five-year-old rum with a richness enhanced by natural chocolate.

Starting with the bottle, it was the most ostentatious on the table, yet also the most functional; the bowling pin shape prevented spillage when pouring. Plus, it featured a golden toucan embellishment, which was a cute touch. Upon smelling, Garcia Lawler says, “It smells like rich people's chocolate.” The chocolate flavor is certainly the top line note, but not overwhelmingly so. The bottle boasts notes of chocolate-covered espresso beans, toffee, and cardamom, but we couldn’t get over how much it actually tasted like Tootsie Rolls—in the best way possible. “It tastes like a drink for a baby,” Allen says. “A very sophisticated baby.” We would reach for this rum to jazz up an espresso martini or to drizzle on top of vanilla ice cream.

“Did anyone try to learn Ciara’s dances as a kid?” Garcia Lawler asks, as we pour a glass of Ten to One rum. The singer recently became an investor and co-owner of the brand, which was originally founded by Marc Farrell. We were impressed by the Caribbean White Rum, which felt high quality, nuanced in flavor, and easily drinkable, but the Caribbean Dark Rum stole our attention. It’s a blend of eight--year-old Barbados and Dominican column still rums, combined with high ester Jamaican pot still rum and Trinidadian rum. “This one makes me feel classy, like I’m at one of those bars in Midtown that have mahogany walls and Tiffany lamps,” Garcia Lawler says. “What is that aesthetic on Pinterest called, dark academia? Ciara, your rum is giving me dark academia vibes.”

We experienced toffee, baking spices, and banana on the nose, followed by a pleasant taste of vanilla. It would make for an ideal Old Fashioned or Daiquiri, but is perfectly suitable for sipping on its own. Plus, it’s beautifully bottled, featuring a chic, type-written label. We love the fact that this brand is founded by a Trinidadian, transparently sourced from the Caribbean, and features no added sugar, coloring, or flavoring. Ten to One will make you rethink everything you thought you knew about rum.