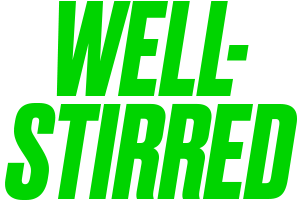 There’s a big, wide world of bitters out there--with so many different varieties and small-batch gems. And, while we as bitters fans couldn’t be happier, we understand that all those choices can be a bit overwhelming. Between tiki bitters and floral bitters and holiday-specific bitters, where do you even get started?

Let's make it easier for you. When it comes down to it, you really only need three types to make all the drinks you could ever want.

Probably the most versatile and most called for of all bitters, aromatic bitters have been around for a very long time—before cocktails even existed. They were originally used in medical practices as an herbal tonic, but the cocktail world appropriated them in the early 1800s. That's when the first known cocktail was created: a mix of liquor, sugar, water and bitters. The bitters in question were aromatic bitters, flavored with botanicals like cinchona bark, cassia and gentian.

Flavored with orange peels (usually from Seville oranges) and spices like cardamom, caraway and coriander, orange bitters add a vibrant dash of flavor to many, many cocktails—including a classic Gin Martini. They often work in tandem with aromatic bitters in drinks like Manhattans (or Perfect Manhattans), Bourbon Old Fashioneds and Pegu Clubs. Orange bitters are also delicious dashed into any cocktail that could use a citrusy kick such as Mimosas or even Negronis. Orange bitters differ in flavor from brand to brand, with some favoring baking spices (Angostura Orange Bitters, for example) and others highlighting the zesty citrus peel (like Regan’s Orange Bitters No. 6).

You might be skeptical, but celery bitters are far more versatile and necessary than you think. Available from brands like The Bitter Truth, Scrappy’s, Fee Brothers and Bittermens, celery bitters bring a mouth-watering vegetal quality to cocktails. Try dashing them into a Bloody Mary to bring all the bold flavors together; add some to a Martini for a perfect springtime cocktail; or shake a few drops into a Gin & Tonic and make any gin shine. Heck, they’re even great in a simple glass of sparkling water. Once you’ve gotten to know all three of these basic bitters, try using them all in a Fourth Regiment, an incredible, bitters-heavy Manhattan variation.

Justine Sterling is a Thrillist contributor.
Thrillist TV
History of
Our Newsletter