Perfect Thanksgiving Wines for $25 and Under

By Brooke Sager, and Nicole Taylor

Thanksgiving: a time for giving thanks amongst family and friends, gorging yourself on stuffing and pumpkin pie, and drinking delicious wine. And let us guess: that wine being poured at your table is Beaujolais Nouveau.

The first harvest wine from France’s Beaujolais region is an ever-popular guest at Thanksgiving gatherings. Made with Gamay grapes, Beaujolais Nouveau is a young wine that’s on shelves six-to-eight weeks after harvest, and is the most sought-after vin de primeur (a French wine that’s allowed, under AOC regulations, to be sold the same year it was harvested). It’s light-bodied, juicy, and so synonymous with the holiday, that its namesake release date (the third Thursday of November) is a recognized holiday in and of itself.

But picture a Thanksgiving food spread -- it’s vast and eclectic with different flavors coming from all directions. So why do we pigeon-hole ourselves by serving just one type of wine with the meal?

“There are more people than just you at a Thanksgiving table,” says Doug Bell, Whole Foods Market Global Purchasing Director. “You’re feeding and entertaining a big group, which makes it the perfect holiday for opening up a range of wines. It’s fun to taste different things and serve wines your guests likely haven’t tried with a traditional Thanksgiving meal.”

What are the general rules for wine-pairing at Thanksgiving? Rule number one: there are no rules. “Thanksgiving dinner isn’t just about the turkey,” says Devon Broglie, Whole Foods Market Master Sommelier. “There are so many flavors on the table, meaning there are loads of pairing options. Wines should complement not only the food, but the familial, celebratory feeling of togetherness.”

Thrillist executive food editor Nicole Taylor is all about that that POV. "This holiday season I’d like my wine nook to be approachable and pair well with the southern style collard greens as well as the dry brined heritage turkey," she says (see a few of her picks below).

So we’re certainly not saying you must skip pouring Beaujolais Nouveau this November; there’s a reason it’s so well-liked (it’s delicious). But open your mind to opening untried bottles as well, and starting a new tradition amongst traditions! Here, we’ve rounded up an array of wines -- from reds, to whites, rosés, and bubblies -- that complement the autumn harvest feast just as wonderfully. 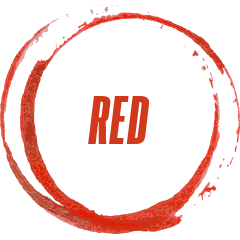 When branching out in the red department, keep in mind why Beaujolais Nouveau pairs infamously well with the traditional faire: it’s light, juicy, and palette-cleansing without competing with the meal. Light- or medium-bodied reds are the way to go. Pinot Noir is a great alternative, as are earthy, herbally reds with lower tannins, because they’re not overpowering; consider choosing an American-made one as a hat-tip to the Pilgrims hitting U.S. soil back in 1620. “Steer clear of bigger reds like Cabernet Sauvignon, Syrah, and Zinfandel, which will be too heavy with all that food,” explains Bell.

G.D. Vajra Barbera d’Alba ($18.99): A red grape that originates from the Piedmont region of Italy, Barbera is known for yielding deep red, medium-bodied wines with slightly higher acid and lower tannins. This specific bottle is red-berry-juicy with herbal character and a velvety finish, so it pairs nicely with all flavors that encompass Thanksgiving. Its rich aroma is balanced by fresh flavor, making for a complex, edgier counterpart to tradition.

Meiomi Pinot Noir ($22.99): The California coast experiences a mixed bag of weather conditions on top of its diverse terrain -- and that’s what makes their Pinot Noir so complex and unique. Meomi features grapes from Monterey, Santa Barbara, and Sonoma, which unite to create a structured wine with depth, supple tannins, and well-balanced acidity. You’ll taste boysenberry, juicy berries, mocha, and a touch of toastiness from the six months it spent aging in French oak. 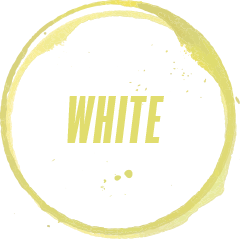 “There’s really no wrong answer for white wine pairing at Thanksgiving,” says Broglie. “With all the flavors in the meal, it’s bound to pair with something on the table.” Try a white that’s crisp and clean with a slightly fuller body, or a lightly oaked and buttery Chardonnay. Dying to pop a white with a profile falling somewhere in the middle? Go ’head and serve as a cocktail lead to dinner wine.

Chaddsford Artisan Series ‘sur lie’ Chardonnay 2014 ($22): Aged on its lees for 15 months in new oak barrels, this Pennsylvania Chardonnay built up a complex, creamy texture and buttery flavor that coats your whole mouth. Notes of vanilla from the oak mingle with clover honey and fresh apples, giving it a crisp, minerally finish that's not unlike Chablis. It’s an elegant wine that bodes well alongside dressings, gravies, and all of those Thanksgiving flavors.

Chateau La Freynelle Blanc 2016 ($13): This white Bordeaux is a harmonious combo of Sauvignon Blanc, Semillon, and Muscadelle, and is here to prove that white wine is far from boring. From the first dry-yet-juicy sip, your mouth will fill with fruity flavors and a smooth, buttery finish that will help mellow out the meal’s incredibly bold flavors. On the nose, you’ll get intense aromatics of pear and apple. So basically, if you’re not drinking this with your pumpkin soup appetizer, what are you even doing with your life? 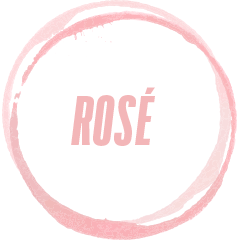 Throw away that preconceived notion that rosé is only a summertime sip -- rosé is a wine to be enjoyed year-round. There are so many different styles out there beyond the light and glugable poolside pinks -- from paunchy rosatos to zesty rosés from the Southern Hemisphere, all of which are food-friendly and versatile. For Thanksgiving, be sure to “look for a fruitier rosé that isn’t bone dry,” says Bell.

San Marzano Tramari Rosé di Primitivo Salento ($14.99) A dear friend of mine is constantly teasing our mutual friend about her year-round consumption of rose. I say, let her do her thing, because pink wines don’t belong just in summer. This bottle works well for the Friendsgiving potluck where everybody wants to be festive and not care about being correct—a juicy situation. -NT

Basilium Terre dei Portali Rosato 2017 ($17.99): This prized pink hails from the Basilicata region of Italy, located in the “instep” of the boot; there, cool days and nights ripen the Aglianico grapes to utter perfection. The result is a dry, fuller bodied rosé with a deep pink hue, so get excited for a complex burst of flavors that include vivacious red berries, licorice, and a bit of earthiness. This rosé is the best friend of your shrimp appetizer, first-course salad topped with manchego cheese, as well as your turkey main.

Oyster Bay Rosé ($13): Located in the Southern Hemisphere, New Zealand has their harvest in the fall, releasing new vintages in the spring. This cool-climate wine is the Ariana Grande of rosé: its young and refreshing, thanks to stainless steel fermentation and the little time it spent in the bottle (only 18-to-20 weeks), while 100% Pinot Noir grapes deliver that lively berry and zesty citrus profile that turkey pleads to be paired with. The wine has a delicate texture and just the right acidity to cut through the heavy stuff like gravy and oyster dressing; it will also taste great with fruit-based desserts.

La Chapelle Gordonne Rosé 2017 ($23.99): France’s Provence region is well-known for their light, dry rosés -- characteristics that don’t typically vie with a big Thanksgiving meal. But this no-too-dry rosé made with Grenache, Syrah, and Cinsault grapes is a regional exception. The wine’s palate is ample yet refined -- it’s mineral-driven, fruit-forward with refreshing berry notes, and subtly sweet to keep things interesting. Here’s a rosé that will team up nicely with your pumpkin-shrimp bruschetta appetizer, light meat turkey, and green bean casserole. 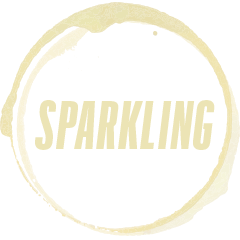 First off, Thanksgiving is a holiday with so many things to toast to -- from the appetizers, to the meal, and dessert -- so why not go all out and pop a good Champagne to celebrate in style? If that’s not in your budget, choose a different kind of bubbly (not all sparkling wines are Champagne) that’s crisp, clean, and dry; a bottle with a bright fruit profile and higher acidity is the way to go. Or, hell, take a page from the book of our exploratory Mayflower descendents and totally expand your palate. “There are lots of exciting sparkling wines being produced that are interesting and drinkable,” says Broglie. “It’s a great time to try something new.”

Aldi Grandi Mori Valdobbiadene Prosecco (9.99) I’m not going to lie, inserting coins into the ALDI shopper cart makes me feel like a kid at the local fair. Once I step inside Aldi’s, I grow up and screech for the bubbly. The $9.99 Prosecco is really nice. Semi-dry, absent any sweetness, it 100% rivals other sparkling wines that go for double the price. Don’t be afraid to buy more than two bottles and use this to toast a successful Turkey day dinner. -NT

J Vineyards California Cuvee ($25) You know how sometimes you get obsessed with a bottle and have an overwhelming desire to get folks on this particular grape train? Well, here's this season's fave. Glasses up for Healdsburg because this fall has been rough for the California wine region. This sparkling wine is my metaphor for this time of year -- keep it small and mighty. -NT

Brooke Sager is a contributing writer for Thrillist who cannot promise she was sober after doing the enjoyable tasting research for this story. She also wants to eat stuffing right now. Follow her wine-drenched adventures on Instagram and Twitter.
Nicole A. Taylor is the executive food editor at Thrillist. Follow her on Twitter.