How Brooklyn Musician Mel 4Ever Became Her Own Superhero

She’s sober, naked (sometimes), and excited to record her next album. 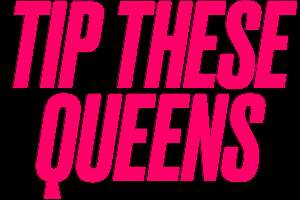 For two years during the pandemic, I interviewed performers remotely. This month, I was finally able to join hyperpop sensation Mel 4Ever in a Brooklyn recording studio. It was worth the wait. Joined by collaborators Tor Miller and Jackson Hoffman, we spoke about new music, sobriety, and getting naked on stage.

Thrillist: Did you start doing music because of the pandemic, or did it just kind of happen at the same time?

Mel 4Ever: My life changed pretty heavily three years ago. I got sober, I started transitioning and thinking about my gender, and then I started writing music. All of it just collided at once—I guess because of the pandemic, but I think they just coincided at the same time. All these feelings were happening, and then the pandemic happened, and I just kind of jumpstarted it all.

So, I wrote my first song, Big Tits, on my computer. I went to Tor, who I’ve co-written everything with, and was like, “Hey do you know anyone that I can talk to about producing this song? I have a goal for 2021—to release one song and do one music video.” Tor introduced me to Jackson, we all met and the synergy was just correct. I did Big Tits, and then I was like “Oh, I have this idea, and this other idea, and this other idea.” And the EP just fell into our laps. I had five songs written and recorded and I did a show at Pianos and it ended up selling out. It was my first time performing ever. That just put me into this place that wasn’t ready to move away from. I was like, this is really fucking sick and like living in a pipe dream.

I found out about you through Michete, who posted your About Fashion video where you get lip injections. I’d love to hear more about that song.

Writing that song was really random. I was doing this photo shoot and the photographer asked me what I was going to wear. And I’m still broke—at the time I had zero dollars, actually. I told him, “I just got all this filler. That’s what I’m wearing to the shoot.” My lips are my clothes and my filler is now my fashion. My body is my clothes. Then I just wrote down all these different ideas of what were my “fashion,” just rejecting the whole fashion industry.

I love fashion. I think it’s a fun creative outlet, but at the same time, it can be very exclusive. And it’s been a hard thing for me to navigate through, gender-wise. Like, all of the sudden I have to get all these new clothes because my gender expression has changed and I want different reactions from different people. Clothes have been either very liberating or feeling like a prison, so I strip it all back.

Is that why you get naked on stage?

A big part of the reason why I get naked is to break down the wall between me and the audience. I’d always go to concerts and want to lose my mind. I’d want to dance but I was always very self-conscious about it. And I would drink a lot—I’m sober now. So, I was like, how could I invite the audience to lose their fucking shit with me? And it’s like, Well, I’m now naked standing in front of you. Everyone’s biggest fear and I’m actually doing that now, so what do you have to be afraid of? You should dance, lose your mind. You should whip your hair back and forth because that’s what we’re all here to do.

It was your three-year anniversary of being sober last June, right?

I think alcohol for me specifically acted as chains, but in a way that I appreciated and liked and needed for a long time. I was so afraid of being my true self and fulfilling any type of potential or dreams. I had an excuse to never go for anything, because I’d be like, “Okay, well, I’m just the biggest piece of shit in the center of the universe. I’m just a drunkard.” I would drink to forget everything that I wanted.

I got sober to save my life. I knew my sobriety was contingent on looking at my gender and transitioning. And then I was like, what’s the scariest thing possible that you’ve wanted to do since you were a kid? Pop star. If I want to be okay, I need to be not drinking and performing and writing songs.

Speaking of Michete, how did your collaboration with her on the cover of Nine Inch Nails’s Closer come about?

I love performing that song. It’s a good one to get naked to.

What are your musical influences?

Honestly I don’t know if I’d every start music if it weren’t for Slayyyter. She was this portal to hyper-femininity and hypersexuality. I had a five year goal of opening for Slayyyter and I opened for her twice within one year which was really sick. I literally love her.

Tor’s been a huge influence and inspiration for me. And I got pulled up on stage at a Kesha concert when I was 18 and that was a cosmic shift for me.

Working on a new EP, which is what we’re doing here today. The first EP was about organizing my thoughts and figuring out all these new feelings I had. But now, I just want to raise hell. That first guttural, chaotic feeling when something happens, that’s where I’m living now.