How Mushrooms and Coffee Mingle in This Trendy Drink

An introduction to the chagaccino and why it could benefit your coffee routine. 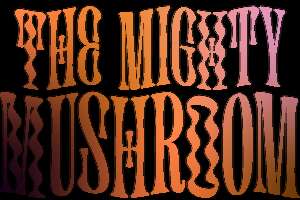 Look around these days and you’ll find mushrooms are everywhere, yet they are still mysterious. They are not plants, not animals, but belong to the kingdom of fungi, which includes yeasts and molds. Some are edible, some are poisonous, and some are psychedelic.

The New York Times has taken note of this mushroom moment. Last year, Julie Creswell wrote: “It’s hard these days to throw a rock and not hit a mushroom. ... Mushroom supplements that claim to support immune systems, reduce inflammation and improve moods can be found in health and wellness stores, but also major retailers like Nordstrom and Urban Outfitters.”

What is chaga and a chagaccino?

And one specific mushroom, chaga, has caught the attention of coffee drinkers and wellness enthusiasts alike. Chaga is a blob of a shroom that blooms from birch trees in cold climates. It’s a superfood said to prevent and slow cancer, reduce inflammation, lower blood pressure and sugar, promote immunity, and even allay the side effects of drugs. Short term, it offers stress relief, stimulates cognitive function, and elevates athletic endurance.

Though it’s exterior is unsightly—it is asymmetrical and the color of dark charcoal—slicing inside one will yield a soft and spongy orange interior. The internet teems with various chaga tea recipes, some of which are more rustic than others and written for foragers. But lately, we’re seeing it pop up in Los Angeles and NYC cafés, and a beverage called a “chagaccino” is on its way to ubiquity.

The other day, I set out to try a chagaccino in New York City. I found one at Eagle Trading Co in Greenpoint. They prepare theirs with the key ingredients—chaga, espresso, and milk (I chose almond per the barista’s advice)—but also with cacao, cinnamon, vanilla, monk fruit, and erythritol sweetener. The cinnamon and coffee flavors dominated the beverage. No mushroomy notes came through. It could have been a placebo, but I believe that as promised, I experienced mental calm and clarity after drinking. When chatting up the barista, I learned they began serving it three months ago, and that it has been hugely popular since.

The chagaccino served at LA coffee shop Alfred appears identical to the one I sipped in Brooklyn—it also comprises espresso, milk, vanilla, cacao, cinnamon, and monk fruit. Ditto the one at LA’s Bloom & Plume. And same with the one retailing Kourtney Kardashian’s e-commerce and lifestyle platform Poosh.

After noting that disparate businesses were serving recipes so alike, I did some digging. It turns out many of them mix up their chaga with an instant product from wellness brand Renude.

What are the benefits of drinking chaga?

I spoke to an everyday chaga drinker, Erin Curran of New Rochelle, New York, who got into chaga intending to drink less coffee, which is harsh on her digestively. She makes her chaga at home with Four Sigmatic’s instant mushroom coffee with chaga and cordyceps (a genus of fungi). Its caffeine is half that of your regular cup of joe.

“It’s honestly not the most delicious coffee, but it gives me energy,” she says. “It supposedly has cognitive benefits and gives an energy burst with less caffeine. It’s hard to tell consciously if it’s working, but it’s at least as good as having normal coffee. I have stomach issues, and it seems slightly better for me than actual coffee. So why not?”

Another chaga drinker I know, Annie Lyall Slaughter of NYC, alerted me to MUD/WTR, a coffee alternative of chaga, masala chai, cordyceps, turmeric, reishi, sea salt, cinnamon, and lion’s mane (aka the fungus hericium erinaceus). This elixir cuts coffee’s caffeine to one seventh, and claims to offer a buzz without the crash.

One can’t help but notice chaga’s similarity to nutritious matcha, which has held its ground as a coffee substitute for years. Time will tell if chaga follows the same popular trajectory.

Alex Erdekian is a writer living in Brooklyn. Her food and travel journalism has been published in Thrillist, Condé Nast Traveler, and other publications. To read more from her, visit alexerdekian.com.
Thrillist TV
History of
The History of the McRib