So, Clown Shoes uses holy water in their new beer, and got it from a company called "Discount Catholic Products"

Bless them father, for they have made beer from holy water, and it is delicious and more alcoholic than communion wine. No sins here, just bless them. Saintly, Mass-based brewery Clown Shoes is bringing you a drink that'll make you feel priestly without chanting a word of Latin. This November, prepared yourself for the barrel-aged, holy water-infused stout, Hammer of the Holy. This brew is an American Imperial Stout aged in 40yr-old Jamaican rum barrels and rocking an 11% ABV. But more importantly? It contains holy water to "ward off any evil undead spirits". Think Clown Shoes is just saying that to nab the elusive Sunday school teacher audience? Think again.

According to their brand manager Sean Geary, the Clown team went to crazy lengths to acquire said holy water. Back when they were trying to get the stuff for their year-round beer Vampire Slayer, they reached out to dozens of area priests to see if they would bless the stout. The fathers all said they could (aka, the big guy wouldn't consider it a sin), but they wouldn't, for personal reasons.

Next they tried the 100% real site RentAPriest.com, also to no avail. Finally an online marketplace called Discount Catholic Products came through in the clutch, and have been supplying Clown Shoes with holy water for Vampire Slayer plus Hammer of the Holy ever since.

While you wait for the Hammer of the Holy to drop next month -- and it's going to be a single batch, so seriously keep an eye out -- check out how they got Vampire Slayer #blessed: 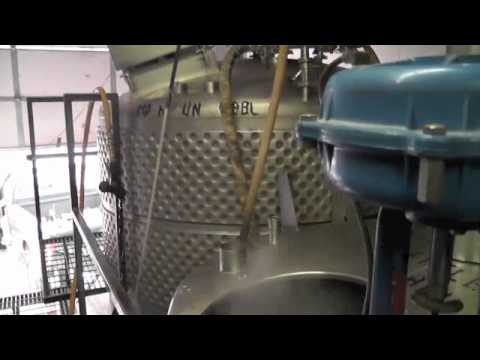