We asked college bros how to shotgun a beer

Perhaps the only thing more “college” than putting fro-yo on Belgian waffles just because you can, is shotgunning beers. To your parents, this speed-drinking ritual is actually more insane than your dining hall habits; luckily, this story is not for them. (HEAR THAT, MOM? NO PARENTS!) Nay, this one is for us: the undergrads, 2Ls, young professionals, slightly older professionals, and divorced gym teachers that have bravely carried on this barbaric beer-drinking tradition since the beginning of time/the Eighties, when John Cusack invented it.

In the service of your future suds-sluicing endeavors, I present this Shotgunning Field Guide, which combines personal experience, deep research, and the unassailable opinions of this nation’s foremost 'gunning experts: four red-blooded American college bros. In exchange for anonymity and several Natural Lights, they agreed to share tips from the bleeding edge of the decades-old shotgunning movement, for the benefit of humanity/you. But before we get into all that, a prayer: 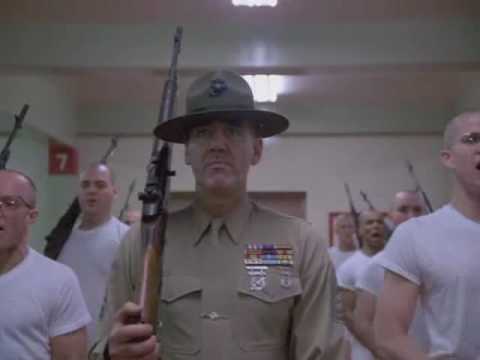 Here's how to get a 'gun done:

Even the most skilled ‘gunner will inevitably spill at some point, so the right surroundings are critical to success. Good options include, but are not limited to: balconies, boats, large tracts of undeveloped private property, and your bathtub.

The bro-experts' preferred 'gunning spots:
Lars, 21: "A pre-11am football tailgate while wearing some kind of sunglasses with Croakies," and "the freshman dining hall while the check-out lady [is] ringing you up."
Red, 22: "Either a tailgate or in bed with a woman in the morning. Nothing makes me feel more alive or is a better start to my day."
Guy, 22: "On top of a camper van owned by people [you've met] at a country concert," and "the back of my Dad’s 36-footer while he and my Mom are on the fly-bridge."

So, again: boats. Churches, elevators, and in plain view of the cops? All things you probably shouldn’t shotgun in. Same goes for airplanes, but if you desperately want to join the Mile High Club, there's a way. "The challenge is getting the stewardess to willingly sell a passenger an unopened beer," Red explains. "My go-to line is 'I'm saving it for later'."

2. Get the right kind of beer

You must have canned beer, and it should be light. Bottles require a maneuver called the “strawpedo”, which despite being nifty, is NOT shotgunning, so shut up, dude in the comments telling me I forgot about strawpedo-ing. Unless you’re some sort of savage hero, IPAs are not good for 'gunning. Really, anything beyond a pilsner is flirting with trouble. "If you want to know what adversity is, the 30 seconds after ['gunning a] Guinness tallboy" will teach you, warns Red.

The bro-experts' preferred brews:
Lars: "Natty Light."
Red: "Natty Light -- by far the smoothest."
Guy: "Natural Light pounder cans. The bigger can is more impressive, but you can still whack a bunch since they're like water."

You can push the envelope for the sake of curiosity. "[I] shotgunned a Four Loko once, and it was miserable," reports Lars. "So... that's my least favorite." Or, cleverness might be your downfall, as it was for Guy & Narragansetts: "I’ve tried to get myself to like 'gunning [them], because calling them Narra-GUN-setts is sweet, but the taste simply does not facilitate shotgunning."

The sweet science of shotgunning depends on atmospheric pressure and fluid dynamics, which themselves depend on your can “having two holes for air to flow through”. Everyone agrees you should bore the second hole at the opposite end of the cylinder from the pop-top, but as for how you should do that, opinions vary.

Wait, no they don't.

The bro-experts on punching holes:
Lars: "I usually wolf-bite it." Since you're wondering what that is...
Red: "Taking my right canine tooth, I bite a small hole into the can, after which I take my right index finger and make a larger hole." And again...
Guy: "Insert bottom right fang 3cm above bottom of can, pull to bottom of can, remove tooth from can, use fingernail to slice aluminum into an acceptable 'gunning hole."

So, there's that. Should your dental status prohibit the wolf-bite method, keys, knives, credit cards, or even a precisely applied finger are all viable means of opening up the aluminum.

4. Talk trash, toast, and then count it down

Because you’re ‘gunning with close friends, and definitely not alone in your parents’ basement as a joke, but not really, the moments leading up to blast-off are optimal for good-natured commentary. Or bad-natured, really -- any commentary will do. Once all of that is out of the way, the circle will hoist its horizontal cans skyward in an ad hoc cheers. Someone should shout a countdown to draw maximum attention to your group.

The bro-experts on toast-making:
Lars: "Someone tries to make a rhyme, but by the fifth 'gun, no one can think of anything. So it regresses."
Red: [Unintelligible, vaguely sexist gibberish]
Guy: "Toast to the person 'gunning with you, who never expected to be shotgunning when they woke up that morning."
Karlos, 21: "Usually my toasts are most creative between 'guns three and seven, but here's the thing: you can always toast Jim & George [editor's note: no idea] if you get lost for words."

According to Lars, "the point is to advertise to people in the vicinity that [you're shotgunning]," and to get other people to join you. True, this seems desperate, and even a little pathetic. But you're definitely shotgunning with other humans (Red's magic number: six, which "makes a clean circle, allows for an expedited process, and makes for precise execution"), so... strength in numbers, right?

The term “shotgunning” refers to the way the beer, driven by physics and magic, will blast double-quick into your mouth. And make no mistake: it will, ‘cause in one swift motion, you'll put the puncture up to your lips, tip your can vertical, and pop its top.

Here's a video of two Ann Arbor olds demonstrating this critical moment, because the Internet: 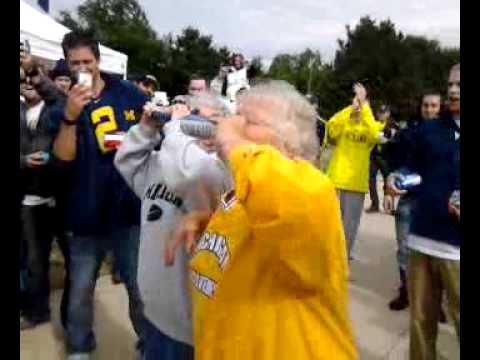 The bro-experts on technique:
Lars: "I can't remember the last time I didn't cheat by dumping a little out right when I opened it, then pretending it was an accident."
Red: "My career average has been clocked somewhere between 4.5-6 seconds, depending on the situation."
Guy: "The first couple are races against your boys to display your time, ability, and form;" "Should take about 2-5 seconds."
Karlos: "It's scientific knowledge that a 'gun is done better, cleaner, neater, and faster if it's a competition."

Once you’ve guzzled every last drop from your can, throw it down with a flourish. But make sure it's empty. "Prematurely throwing an unfinished 'gun on the ground is an even bigger crime" than finishing last, says Red.

For a few seconds, you’ll feel like a movie star. Shortly thereafter, you'll feel like the baby alien from the movie Alien is trying to burst out of your stomach. Break from the circle and walk around burping loudly (this’ll also help conceal any tears that you might be fighting back). You did it. Your body hurts. What now?

The bro-experts on post-'gun activities:
Lars: "[I don't feel good] until I burp. Pro tip: shotgun another beer immediately to make yourself boot."
Red: "Lightly jumping up & down [is] a solid solution for removing excess carbonation in the form of burping."
Guy: "Try to make [the nausea] go away by taking deep breaths, not talking to anyone for about 15 seconds, or eating a Ritz cracker."


Should you 'gun again?

You shouldn’t. Really. Hey... hey! Where'd you get that new beer? Put that down. Oh no, don't wolf-bite it. Aaaand, you wolf-bit it. So, you're going again. Alright, I can't stop you. Ideally, you're in your sweet spot, which Red puts around four to six drinks into a session, 'cause "after about 10 drinks, 'guns are typically [not something we'd recommend, as we always advocate safe drinking habits, and Red also agrees with that]."

Dave Infante is a senior writer for Thrillist, and is shotgunning a beerright this instant. And this one. And this one, too. Follow him: @dinfontay.