Jim Beam's Apple Watch Is the Only Wearable Tech You Need

This week, American bourbon giant Jim Beam stormed into the wearable-tech arena with the release of its very own limited-edition Apple Watch. Touted as the world's first "drinkable wearable," the new accessory marries a wristband with the ability to make a mean Manhattan. 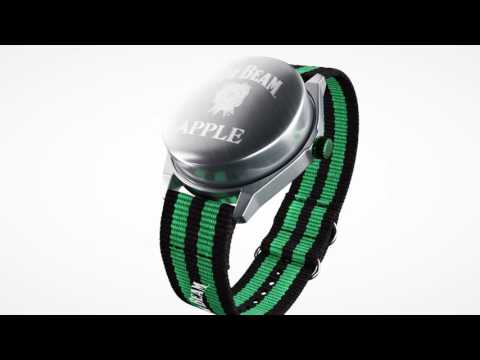 You heard it right, my fellow alcohol fans -- no more searching for jiggers or fumbling with clumsy, thick-bottomed souvenir shot glasses you know your roommate's just going to break anyhow. This timepiece flips open to reveal an extendable 1.5oz jigger for pouring perfectly measured shots of premium bourbon anywhere, anytime -- kind of ironic, as there's no GPS or actual clock face. The accessory also features an eye-catching green-and-black adjustable tweed band (watch out, Fashion Week) as well as a centralized dial which seventh-generation master distiller Fred Noe eloquently describes as, "also green, but serves no purpose."

While the Jim BeamApple Watch, honestly, doesn't do much of anything at all, it does transport wearers back to an era before jam-packed schedules, 24/7 communication, and painfully sober lunches. Imagine the freedom to liberate yourself from the ever-tightening grasp of all those minutes and seconds, all those emails and texts and calendar alerts, to simply swap bourbon for burdens. Besides, who the hell wants to keep an eye on the time when there is whiskey to slam?

The $17.99 watch is available for pre-order on the distillery's website while supplies last, and, surprise, surprise, pairs nicely with Jim Beam's signature apple-flavored bourbon (also priced at $17.99 -- turns out the Apple doesn't fall very far from the... whiskey).