How Native American Breweries Are Reclaiming Their Identities Through Beer

Brewers say there’s a “real explosion” of the will among Native Americans to share their stories with the world. 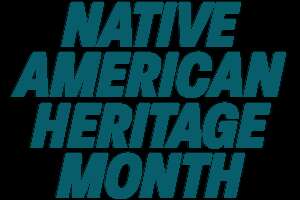 The trajectory of contemporary craft beer’s boom in the United States has painted the picture that beer is the domain of white men, which we know from history is certainly not the case. Over the past 18 months or so, though, as the craft beer industry experiences reckonings with its racism and sexism, we have seen stereotypes give way to real growing diversity, equity, inclusion, and representation.

The progress is slow, but craft beer has an advantage. It’s a powerful tool for education and sharing identity, an approachable way to bring people together, and the taprooms act as community hubs that come with art and iconography to tell a story. We’re seeing this in the hands of Native American-owned breweries like Bow & Arrow Brewing in Albuquerque, Skydance Brewing in Oklahoma City, 7 Clans Brewing in Cherokee, North Carolina, and Rincon Reservation Road Brewery in Valley Center and Ocean Beach, California. These breweries are building a strong narrative for Indigenous people all while reclaiming their own identities in the community.

“We’ve really tried to build a place where when people come into the taproom, they’re completely immersed in the culture,” says Skydance Brewing founder Jacob Keyes. “My dad always told me that his favorite thing about beer is that ‘good beer brings good people together.’”

But the journey to get here has been arduous. Native American-owned breweries are finally starting to grow after facing countless obstacles, often not welcomed to enjoy craft beer in the same way as white men, let alone provided access to career opportunities. Additionally, in some cases, there has been opposition to breweries establishing in Native American communities, especially on reservations, because of a stereotype founded solely on racism that fostered a difficult relationship between Indigenous people and alcohol.

The U.S. government fabricated a collective drinking problem for Native Americans, used to inform policies and legislation like penalties for selling intoxicating spirits on Native land and for Native Americans consuming alcohol anywhere in 1832. It’s a discriminatory myth, but it still caused tension around alcohol within some Native American communities. After the government lifted bans in 1953, according to Life & Thyme, some tribal nations have decided to remain dry.

Morgan Crisp, who is Cherokee, faced resistance when founding 7 Clans. In addition to some members of her community citing the complicated history with alcohol as a reason to petition for 7 Clans to change its name, Crisp says she also met with a reluctance for her tribe’s culture to be shared so openly in a form as novel as craft beer.

“The sharing of our culture is sometimes scrutinized [within our community],” Crisp says. “It’s so precious, and there’s so much of it that’s been taken away. Any time you’re sharing it outside of your community, it kind of raises some eyebrows. Imagine doing that and putting it on a beer can and waiting and seeing what happens.”

The ability to tell their stories has propelled the founders of these breweries forward, whether there was any initial hesitancy from their communities in the beginning or not. What they’ve created, from their spaces to their product, has assured skeptics that Native American culture is being celebrated and shared in a safe, positive way. It’s also been important to help reframe generational stigmas.

“There is always some pushback in Indian country whenever any of us look to take new land because of our generational trauma,” says Ruth-Ann Thorn, chairwoman of the Rincon Economic Development Cooperation, which established Rincon Reservation Road Brewery. Rincon is a band of Luiseño Indians, known as “the original Californians.”

“The older generations might not want to share our culture because look what happened last time, when we invited everyone over for Thanksgiving dinner,” Thorn continues. “However, we have a new generation of people, and we recognize that in order for the next generation to hold their heads up high and not feel like second-class citizens the way we grew up, we need to step into different industries, make a stand, and say, ‘Here we are. We’re still here.’”

“Any time you’re sharing it outside of your community, it kind of raises some eyebrows. Imagine doing that and putting it on a beer can and waiting and seeing what happens.”

Members of that next generation include Missy Begay and Shyla Sheppard, co-founders of Bow & Arrow Brewing, which was established in 2016 after years of planning, seeing the potential to bring something fresh to the New Mexico beer scene, and a pride for their heritage. Begay was raised on the Navajo nation and Sheppard is a member of the Three Affiliated Tribes. Begay says as they’ve been working on Bow & Arrow, they’ve seen a “real explosion” of the will among Native Americans to share their stories with the world.

“For any culture to flourish, you have to adapt,” she says, explaining how the generations of her own family have gone from not speaking English to being bilingual. “Language, culture, religion, art—that’s what fueling this cultural renaissance, along with freedom and encouragement from the community to be proud of their heritage. There’s a push for young people to find ways to be innovators and creators. We’re seeing that happening in every industry from art to food to brewing. And we’re really stoked to be part of that.”

All of this sharing happens through every imaginable element of a brewery: the taproom, the label art, the beer names, and the liquid itself. Keyes founded Skydance Brewing in 2018 after learning home brewing from his father and keeping a hand in beer ever since. He points out that, even in Oklahoma where 39 tribes are based and it seems like people should generally have a good sense of Native culture and history, there still seems to be so much that has gone unknown outside of tribal communities.

“The government literally had policies in place to eradicate tribes and their culture,” Keyes explains. “Certain dances were illegal...I think [older Native Americans] felt they had to do a lot of this stuff in secret, and that’s led to a lot of people not really knowing what these ceremonies were. Our number one beer is called Fancy Dance. Most people have no idea what Fancy Dance is when they come in, then they see that name on our menu or on the can, and that’s an opportunity for us to talk to them and tell them what that means.”

Skydance also has beers like Sovereign Nation Imperial Stout and Lighthorse IPA, “Lighthorse” being what many tribes call their law enforcement agencies, and Keyes says these are all sparks for different conversations with guests. For 7 Clans, the entire ethos of the brewery is wrapped in Crisp’s Cherokee heritage. The number seven alone is a powerful number, representing the tribe’s matrilineal clan system and their core values. 7 Clans brews beers like a blonde ale with a hint of corn to nod to Cherokee agricultural history, and its can features Selu, the original Cherokee mother who is also the mother of corn.

“Cherokee women have historically been culture bearers so that storytelling has greatly influenced me and how I’ve tried to represent our brand,” Crisp says. “The legend is that when she died, her body came into the ground and she became corn to sustain our people.”

One look at Bow & Arrow’s products reveals the beautiful artwork inspired by the natural landscape around them in New Mexico. Colors and graphics capture what Begay calls the “intense draw” of the surrounding desert. Then, beers like Denim Tux tell a more direct story. A Blue Corn American Pilsner, with a can that looks like it’s been wrapped in denim, the references the lasting appeal of classic denim in the desert, but also that Begay’s friend owns Ginew, the world’s first Native American-owned denim company, tying together the different ways Indigenous people are making a mark on culture and industry in the U.S.

Denim Tux is brewed with blue corn sourced from the Santa Ana Pueblo, and ingredients are of course another integral means of expression. Thorn says that in addition to Rincon Reservation Road’s beer being brewed on reservation land, it utilizes indigenous plants like elderberries, and Meyer lemons that grow wild on the reservation.

Taprooms, too, are their own blank canvas for artwork and storytelling, and of course, they’re also forums for these conversations to take place. Rincon is opening a second location, which is off-reservation in Ocean Beach. There, they hired Indigenous artist Joseph Hopkins, aka Sock Monkey, to cover the wall in a vivid mural of a Native American man overlooking the beach with a surfboard, which unites Indigenous culture with the SoCal scene and represents the Luiseños’ “original Californians” legacy. Keyes, too, sourced Native art for Skydance’s taproom, which just opened on October 2.

Ingredients, names, artwork, and intrinsic storytelling shape each of these breweries’ beers into accessible pieces of Native American heritage that can catalyze widespread conversation. And that’s even if physical gathering is off the table, which is important to remember as we continue to grapple with the pandemic, and for breweries like 7 Clans that are still awaiting the ability to have a tasting room. (A referendum to allow alcohol on tribal lands in the Qualla Boundary, which would allow Crisp to establish 7 Clans there, only recently passed; 7 Clans beer is currently brewed out of Crisp’s brewpub Frog Level Brewing in Waynesville, North Carolina)

“There is still some work to be done in Native communities, we were a little late to the craft beer scene and we have a little bit of catch-up to do, but it is a really good tool,” Begay muses. “Craft beer relates to our communities. You can put those stories out there and teach people your perspective on land, and on life.”

Courtney Iseman is a writer covering everything from heavy metal to ghosts to 18th-century art, but mostly craft beer. She lives in Brooklyn with her pug, Darby. You can find both of them on Instagram at @highwaytohops.