Scotch vs. Bourbon vs. Rye: A Complete Guide to Whiskey Varieties

Get up out of your seat and look at yourself in the mirror. What do you see? An accomplished whiskey drinker who can tell the origins of a bottle by its color? Or an amateur who wouldn't be able to differentiate the cheap stuff from a bottle of Yamazaki Sherry Cask Single Malt?

Preferences aside, everyone can stand to get educated when it comes to the brown stuff. If you don't know your Kentucky bourbon from Japanese whisky, allow yourself to be immersed in this article before you immerse yourself in booze. Pro tip: read this in Alec Baldwin’s voice for an aurally delightful time. Actually, you should probably do that anytime you read anything. Here we go.

Good question! Technically, it is a distilled alcoholic beverage made from fermented grain mash. This mash is typically aged in wooden casks, which gives it that distinct brown color and taste. Popular whiskey brands include Jack Daniel's, Maker's Mark, Glenmorangie, Bulleit, Johnnie Walker, and -- every dad's favorite -- The Macallan. However, within the category of "whiskey" lie several confusing subsets, often containing subtle (yet important) differences.

This one's a doozy, but bear with us. For a whiskey to be considered bourbon, the mixture of grains from which the product is distilled (the mash) must be, at least, 51% corn, rye, wheat, malted barley, or malted rye grain. On top of that, the mixture must be stored in charred oak containers and cannot contain any additives. That law pretty much separates bourbon from everything else.

Bourbon tastes like: Its main characteristic is its sweetness, but it's also a bit smoky due to the charred oak.
Brands you should know:Wild Turkey, Jim Beam, Maker's Mark, Woodford Reserve

Is Tennessee whiskey just bourbon with a different name?

Glad you asked. First and foremost, the biggest difference between these two whiskeys is location. Tennessee whiskey is made in Tennessee and bourbon was invented by a man named Shelbyville Kentucky. Just kidding. What separates the two is a method of filtering called the Lincoln County Process in which the whiskey is filtered through, or steeped, in charcoal before going into the casks. The most famous Tennessee whiskey out there is Jack Daniel's and it -- alongside other Tennessee distillers -- doesn’t refer to its product as bourbon.

Tennessee whiskey tastes like: Bourbon, if we're being honest
Brands you should know about: Jack Daniel's, Collier and McKeel 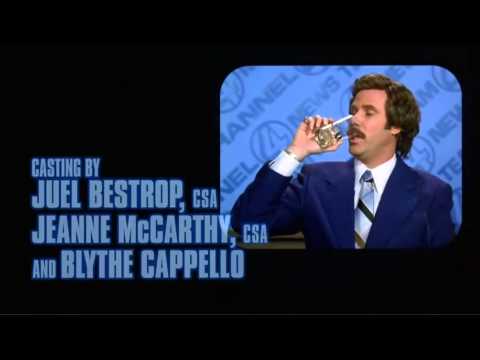 Scotch is technically whisky (spelled without the "e") that has been distilled and matured in Scotland. It is made mostly from malted barley -- remember, bourbon is made from corn. Scotch, in layman's terms, tastes a lot like bourbon, but with a trademark "bite" dragging along the back of your tasting. This is the reason some people stay away from Scotch, but for others, it's an acquired taste that only makes the experience richer. One things for sure: amateurs should not start with Scotch.

Canadian whisky (also spelled sans "e") is actually interchangeable with the term "rye whisky" in Canada. Canadian whisky, as compared to other whiskys, is typically lighter and smoother. Plus, Don Draper drinks it. It's usually made with different grains, but corn is often most prevalent. For a while, rye was a popular addition, hence the name interchangeability in Canada.

Rye whiskey, like its name suggests, is a whiskey that is distilled from at least 51% rye. What is rye? Rye is a type of grass that is a member of the wheat tribe and closely related to barley.

Whereas most Scottish whiskey is distilled twice, Irish whiskey (with an "e") goes through three rounds of distillation before it's bottled. Compared to the Scottish stuff, Irish whiskey uses a lot of barley and doesn't have that smoky, burnt-rubber taste that you'll find from the peat (which is essentially partially decayed vegetables) that's in Scotch. Fun fact: legally, Irish whiskey must be aged in Ireland for at least three years in wooden casks to be considered whiskey!

What is white whiskey? Is it just moonshine? What is moonshine?

The term "moonshine" is slang for quickly distilled un-aged corn mash and, according to the omnipotent Wikipedia, "is derived from the term 'moonrakers' used for early English smugglers and the clandestine (i.e., by the light of the moon) nature of the operation." So, technically, when you see whiskey labeled "moonshine" in stores, it's really just white whiskey, because "moonshine" refers to illegal hooch made at home. This stuff is only white because it hasn't seen the inside of a wooden cask.

How about Japanese whisky?

Japanese whisky is a treat. You may notice that it follows suit with the Scottish and Canadians with the omittance of the letter "e." This is because Suntory’s first master distiller Masataka Taketsuru studied in Scotland and came to love the taste of Scottish whisky. The biggest Japanese whisky producers are Suntory and Nikka, the former of which has had some seriously cool commercials in the past. You can't really pin Japanese whisky down to a specific style, but it's generally Scotchy.

Japanese whisky tastes like: Scotch, sort of, but it really depends on the brand. One thing is for sure, they all taste like relaxing times.
Brands you should know:Suntory, Nikka