"I can appreciate when a producer creates exceptional sparkling using méthode traditionnelle, but I often find myself drifting toward sparklings that are made in regions with their own unique techniques." 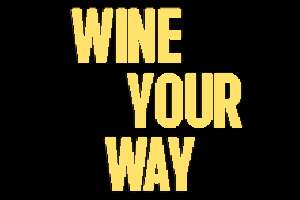 Dubbed the "Champagne Empress of Greenwich Village" by the New York Times and a "Champagne mogul" by Vogue, Ariel Arce is a restaurateur and owner of Air's Champagne Parlor, Tokyo Record Bar, Niche Niche, and Special Club in New York. The following is an excerpt from her new book, Better With Bubbles, published by Universe, where she breaks down everything you need to know about Champagne and other sparkling wines.

Sparkling production methods from around the world

I’ll break down some classic methods for sparkling wines.

This often turns into a conversation about price comparability and quality, but you can’t lose sight of the fact that other regions make excellent wines in the traditional method. Just as in Champagne, a méthode traditionnelle sparkling wine goes through two fermentation processes and is aged for a period of time on its lees. But each country that produces a sparkling wine has its own rules and regulations about manual harvesting, pressing, age requirements, and other production techniques. These rules can be less strict than Champagne’s, or sometimes there are no rules at all, which can mean—at worst—inconsistent quality and—at best—wildly special wines. It’s true that Champagne can only come from Champagne, but there are so many other cool categories that have little or nothing to do with méthode traditionnelle and turn me on:

I can appreciate when a producer creates exceptional sparkling using méthode traditionnelle, but I often find myself drifting toward sparklings that are made in regions with their own unique techniques.

During the Charmat, or tank, method, the wine is not placed into separate bottles and fermented individually as it is in the traditional method. Instead, the liqueur de tirage is added to a pressurized tank of still wine, which undergoes secondary fermentation.

When the yeasts die, or when the winemaker decides to stop fermentation by cooling the tank, the wine is filtered and bottled without extended contact with the lees. Instead of emphasizing a wine’s richness and complexity, the tank method enhances clean fruit and aromatics, making wines that are youthful and easy to drink. The most famous Charmat-method sparklers come from Prosecco.

The transfer method is a hybrid of the traditional and tank methods, borrowing elements from each. These sparkling wines begin just like traditional-method sparklers, with secondary fermentation taking place inside of each bottle. Then the bottles are emptied into a pressurized tank, the wine’s sediment is filtered off, and the wine is packaged in new bottles. These sparkling wines get the benefits of lees aging without the expense or time of riddling and disgorgement. If a bubbly that would normally be made in the traditional method needs to be produced in extremely large quantities, the transfer method is used in order to ensure consistency.

Not commonly used outside of bulk German Sekt production, the continuous method, developed in Russia, is similar to the tank method. The liqueur de tirage is continuously added to base wine that is pumped through a series of pressurized tanks, some of which contain oak shavings or chips. Lees accumulate on these wood shavings, enhancing toasty, yeasty flavors while also helping clarify the finished sparkling wine.

Ancestral method Pétillant-Naturel (or Pét-Nat, to be cute)

The oldest sparkling winemaking method of all, the fittingly named ancestral method, or pétillant-naturel, has recently regained its popularity among the wine trade. The ancestral method does not have a secondary fermentation; instead, before the first fermentation is complete, the wine is transferred from tank to bottle, where it finishes fermenting under the cork or cap. Some winemakers disgorge and rebottle ancestral-method sparkling wines after fermentation is complete, but many today elect not to, resulting in a cloudy, earthy, textured wine.

This method involves carbonating a still wine using an injection of carbon dioxide, just as you do when making soda. Lest you think that it might be a clever idea to pop a bottle of still wine into a SodaStream, know that carbonation is generally considered to be an inferior method of making sparkling wine, as the bubbles dissipate quickly. Au Naturale in the World of Sparkling Pét-Nats, or natural sparkling wines, are booming in today’s market. While this term is French AF, other regions have appropriated it, so now you can ask for a Pét-Nat and get a wine from anywhere in the world. Pét-Nats are not origin controlled but they are about hands-off winemaking—putting quality unadulterated grape juice into a bottle and letting it do its thing. These wines are often less expensive than the typical sparkler, although some have highway-robbery price tags. There is something very alluring about a natural wine—it is what it is. Its value lies in its lack of manipulation and its purity. Pét-Nats are more about thoughtful approaches to farming and treating the grape than the winemaking after the grape is harvested from vine.

Who keeps the bubbly quality?

There are massively strict laws in Spain, Italy, and France for still wine production, but sparkling wine production can slide under the radar, which makes for some incredibly interesting sparklings. Generally speaking though, where there are rules, they fall under these statutes:

American Viticulture Area (in other words, an area where one can cultivate vines) AVA has nothing to do with regulations or production techniques and everything to do with grapes. If a winery wants AVA status for a wine label, 85 percent of the grapes in the bottle must come from the designated AVA. (Fun fact: Every state in the United States technically produces wine. Some year, on election night, I want to procure a wine from every state and taste them as the voting polls come in.) There are other systems around the world that are explained in each region’s section and also a few regions that don’t have established regulations for production (or even heavily enforced rules). While regulations reinforce quality standards, they also tend to dampen creativity. Some countries are fighting these restrictions and their winemaking is undergoing some radical changes as a result. Let’s delve deeper into each region. I am so excited to take you on this journey!

On the other side of this book, I emphasized Champagne as being a product. Champagne the place is also a brand, and since 1941, its economic interests have been protected by the CIVC (Le Comité Interprofessionnel du vin de Champagne, or the Comité Champagne). Champagne is protected as an Appellation d’Origine Contrôllé (Appellation of Controlled Origin, or AOC), per the 1919 Treaty of Versailles, after World War I. The writers entered a clause into the treaty to safeguard France’s regional appellation, intending to protect Champagne from the Germans. The United States agreed to these terms, but never actually signed the damn thing, making the States’ agreement null and void, which opened a sneaky, unintentional loophole for the USA to produce their own “Champagne.” The French were so pissed (and so were many other countries looking to protect their AOCs as well as open up new trade negotiations for distribution and importation) that not until 1983 did negotiations pick back up again. It took about 20 more years for the deal to get signed, with France finally agreeing that producers in California were permitted to continue using the name “Champagne”—as long as the word “California” came after it and the wines were produced prior to 2006.

You can purchase Better with Bubbles from Amazon, Barnes and Noble, Books-a-Million, and IndieBound.