Once upon a time, in a parallel universe called The Nineties, there was a group of buxom, platinum-blonde women known as the Swedish Bikini Team. They weren't Swedish, and they didn't compete in team-oriented contests. But these babes sure wore bikinis, and, in them, appeared on the cover of Playboy, cameo'd on big-back-then shows like Married... with Children, and sold Old Milwaukee beer to the American drinking public. They were damn good at it, too -- but before they could really get the sexy started, the Swedish Bikini Team got shut down for good. Below, a brief look back at one of beer advertising's most ambitious & successful attempts at selling sex -- and how these good girls went bad.

Beer advertising has never been about selling "just" beer, which is to say advertisements have always positioned beer as the gateway to something more. Usually, that something is sex, because of course. It's a simple message: if you drink beer like this, you'll end up hanging out with pretty girls like that.

Reductive? Sure. Misogynistic? God yes. Accurate? Erm... not really. But who needs truth in advertising when there are ladies? At the turn of the '90s, Old Milwaukee needed both, but had neither. The brand (then a piece of the once-strong Stroh's empire) had lost touch with the 21-35-year-old demographic it desperately needed to remain competitive with hard-charging nationals like Anheuser-Busch and SABMiller. It needed a booster shot of sexy to rejuvenate its image.

Getting Milwaukee's groove back

"In the '60s and '70s, Old Milwaukee was right up there competing with Schlitz and the other ‘everyman’ brands," explained Patrick Scullin, the creative director at San Francisco's Hal Riney & Partners who led the group that'd eventually conceive the Swedish Bikini Team in 1991. But by the '90s, "the brand was tarnished -- it was perceived as ‘your father’s beer’." So in the time-honored tradition of client-agency relations everywhere, Old Milwaukee execs looked to Scullin's team for a new image. Sort of.

"They were open to fresh ideas as long as we kept the equities of [their old] campaign: appeal to blue collar men; feature outdoor activities; maintain high energy; keep the slogan; and be fun," wrote Scullin in a 2008 blog post titled "The Swedish Bikini Team Legend". (Old Milwaukee could not be reached for comment in time for this story's deadline.) But there was a problem: the old campaign wasn't fun.

"The original commercials would always be very formulaic [around the same slogan the brand had used for years]," recalled Scullin, who was speaking to me via phone from Atlanta, where he now works as Managing Creative Partner at Ames Scullin O'Haire. "There'd be a gathering of guys (always all men) doing outdoorsy, manly stuff -- shooting rapids, climbing, hiking, whatever. At the end, they’d crack open Old Milwaukees, toast each other, and say, ‘Guys, it doesn’t get any better than this’." But pretty much anything would be better than this: 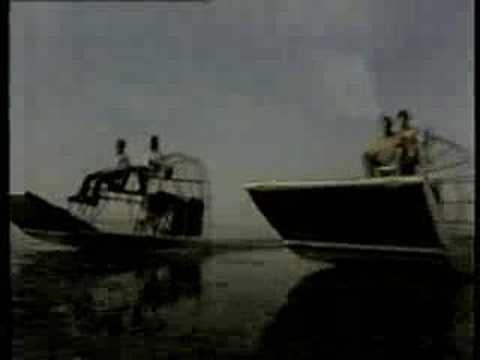 See? Not exactly cutting-edge stuff. But tight creative guidelines are another time-honored tradition of agency life, so Scullin and his team started looking for ways to work some life into Old Mil's aging image. First up, research. "We got young guys together, gave 'em a few beers, and asked them simple questions while they were drinking." When Scullin brought up the slogan, he remembers, "One of the guys said 'Man, if it doesn’t get any better than this, then life sucks'."

Dreaming up the dream girls

It was at this point that Scullin realized Old Milwaukee had been going about it all wrong. Before, the commercials ended with a sincere slogan and an Old Milwaukee in hand. But as the focus group pointed out, the beer wasn't all that great; it was a value-price brew aimed at casual drinkers. "We should admit it could get better -- way better" than a bunch of dudes drinking cheap beer, Scullin thought. So he flipped the straightforward slogan into an open-ended question: when you've already got booze & buddies, what makes it better?

Even if you'd never heard of Old Mil, you knew the Swedish Bikini Team.

Sex, obviously. Beer advertising of the era was already rife with flesh, so in a moment of silly humor, the Riney team decided to go over the top. "It was a spoof," insisted Scullin. "We were going to have the babes in bikinis [just like Old Milwaukee's competitors] but we'd do it more absurd than the other guys, who are doing it for real." Just like that, the Swedish Bikini Team was born. 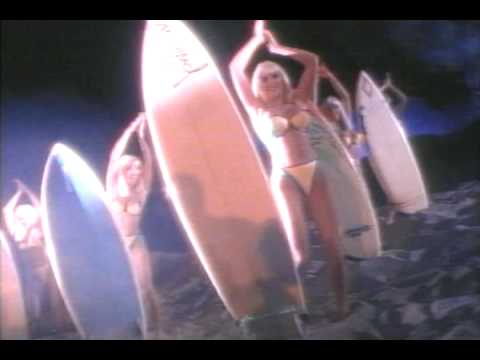 The next step was approximating this Nordic sex fantasy for TV commercials. To Sweden! Right? Wrong. "We were going into casting in L.A., and this was right before there was supposed to be a screen actors strike," Scullin told me. "Every major beer advertiser was already out there, and had booked the most beautiful women [in anticipation of the strike] so when we got there, we weren’t working with the best of the best." But nevertheless, they had Old Mil money to spend, and eventually found five American actresses to play their seductive, swimsuited Swedes.

With their stereotypically Scandinavian names (Ulla Swenson, Hilgar Oblief...) the caricature seemed too subtle. Would people get their parody of sexy beer commercials? "The art director, he was the one who came with up the brilliant idea of giving them uniforms -- the same suits, the same wigs," recounted Scullin. It'd make the girls look fake, cartoonish, magical -- exactly the sort of "Monty Pythonesque notion" Scullin had aimed for.

Almost immediately, the girls were a hit, reminisced Scullin. “When it first came out of the gate, [the concept] was very popular. We’re trotting around the bases thinking, ‘We’ve done it man!'" TV Guide called it 1991's Energizer bunny, and an AdAge poll would later find it the second most-popular beer ad of all time. (First place? Miller's not-so-ironic "Great Taste/Less Filling" spots.)

And you'd better believe the Swedish Bikini Team crossed over into the pop-culture zeitgeist. "We didn’t really contract with [the actresses], and we never trademarked the Swedish Bikini Team concept," said Scullin. So when FOX's moderately popular primetime sitcom Married... with Children invited the original models to cameo, he added, "They were like, 'Sure!'."

In the seven months the ads were on the air, "Swedish Bikini Team" became universal shorthand for "sexy ladies". Even if you'd never heard of Old Milwaukee, you knew about the girls.

They were big news (even The Simpsons would eventually throw a nod), but trouble was brewing for Old Milwaukee. And by the time the Swedish Bikini Team ended up in Playboy in January 1992, ("At the time, the only commercial campaign that was ever on the cover of the magazine", according to Scullin.) it would come to a head. 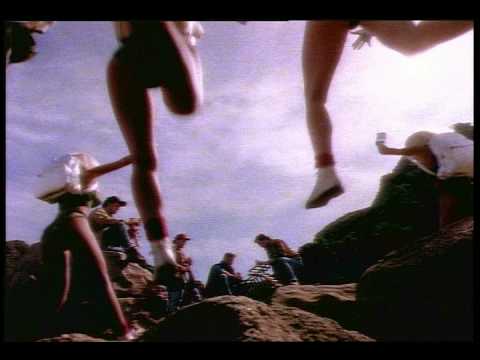 To Scullin, the ads had clearly jumped the shark, wandering so far into overt sexism that they wouldn't be seen as anything but a joke. The Playboy cover was just the icing on the cake. "That was my best day in this industry, walking through the San Francisco airport and seeing the figment of my imagination on the newsstands," he recalled fondly.

In her memoir, "Ulla Swensen" claimed she had hooked up with Johnny Depp.

Of course, not everyone saw it that way. "All these clouds come together and there’s a shitstorm," Scullin told me. "That was the Summer of the Kennedy rape case, and Clarence Thomas’ confirmation hearings were going on," both of which thrust women's rights into the national conversation.

In that context, the Swedish Bikini Team didn't seem like a joke anymore. It "became a lightning rod for political correctness," acknowledged Scullin with some regret. "Once something like that gets hot, the narrative takes its own course." The last straw came when female employees of Stroh's Minnesota brewery brought a sexual harassment lawsuit alleging the ads cultivated a negative corporate culture. Joke or not, the Swedish Bikini Team had to go. Old Milwaukee pulled the ads after just seven months on the air, an unceremonious end to an ambitious campaign. 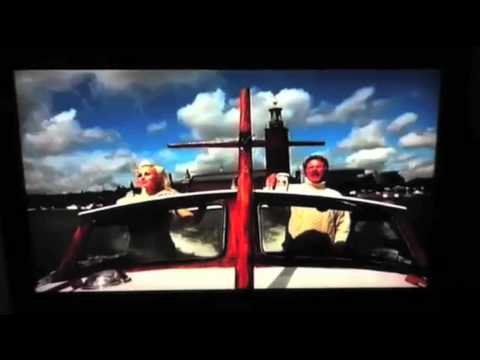 The legacy of the Swedish Bikini Team

Back at Hal Riney & Partners, Scullin was in crisis. "After those cases broke, and Riney was known as the sexual exploitation agency, my career there was not so smooth," he remembered. ("Sexual exploitation agency" is an exaggeration, but not entirely unfounded; the campaign was so at odds with Hal Riney's own wholesome persona that upon his death, the Swedish Bikini Team was caveated in his New York Times obituary.)

The replacement campaign, a blue-collar approach hastily thrown together as an antithesis to the Swedish Bikini Team, "went off like a fart in a bathtub." Scullin eventually moved on to greener pastures, and Old Milwaukee would struggle through the decade before finding its way into hipster hands in the Aughts.

We only want a few things. Sex is one of them.

As for the actresses themselves, only one ever really (sort of) made it: Peggy Trentini, who landed enough bit parts to earn herself an IMDb page. She also wrote a "kiss & tell" memoir in which she claims to have hooked up with Johnny Depp, so there's that, too. At publication, she could not be reached for comment.

These days, few remember the campaign that launched the concept, but the legend lives on. In 2011, Will Ferrell made a series of lo-fi commercials for Old Milwaukee as a gag. Most of the spots aired in oddball US markets, and dominated on YouTube. There was a separate group of ads, though, that he shot in Sweden, where his wife is from. Check out the video above -- there's no mention of the Swedish Bikini Team, but the coincidence is worth wondering about.

Midway through our conversation, Scullin skewed philosophical. "We’re pretty basic creatures," he chuckled, remembering the early days brainstorming around Old Milwaukee's restrictive requirements. "We only want a certain few things, and sex is one of them."

Beer, of course, is another.

Dave Infante is a senior writer for Thrillist Food & Drink, and nothing would please him more than the return of the Swedish Bikini Team. Except for, like, unlimited beer. Or world peace. Whatever. Follow him on Twitter & Instagram.