What Are Tom Sandoval and Tom Schwartz Drinking This Summer? 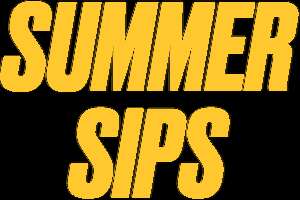 If you’re a fan of the Bravo network, you are well aware that Lisa Vanderpump owns a mini-empire of bars in West Hollywood and has made them, and their staff, famous along the way. Chief among those are bartenders and castmates Tom Sandoval and Tom Schwartz, who co-own cocktail lounge TomTom and its neighboring garden bar.

The pair can be seen creating reality TV drama and goofing off on Vanderpump Rules, which will soon air its ninth season. But the Toms certainly do know a thing or two when it comes to creating drinks. Sandoval, for his part, released the cocktail book Fancy AF Cocktails in 2019 with his partner Ariana Madix. And they are brand ambassadors for frozen booze brand Daily’s Poptails.

We recently caught up with the duo, who just finished wrapping filming for Vanderpump Rules, to talk about ideal summer party cocktails, the reopening of TomTom, where they like to drink, and how ’90s cocktails are making a comeback.

Thrillist: How do you guys define a good summer drink?
Tom Sandoval: To me, it’s gotta be sparkling, fruity, and contain citrus. Even topping a margarita with beer or soda water makes it better for summer. And you can drink a lot more of it.

Tom Schwartz: Fresh flavors and light. Sweet, but not too sweet. Watermelon margaritas are my favorite right now.

Sandoval: Love a watermelon margarita with a little spice. But Schwartz isn’t big on the spice.

Do you feel like you’re drinking differently—or trying different things—this summer because last year was such a mess?
Schwartz: I’ve been trying to be more festive, and really have fun with garnishes, presentation, and glassware.

Sandoval: Last year, I quarantined with Schwartz and a few other people. I did a lot of experimenting when we would have people over, and I was still pretty festive.

Schwartz: When you cheers with those, it just hits differently.

Is there a summer cocktail you recommend from your and Ariana’s book? I was thinking The Dilf would do the trick on a nice warm day.
Sandoval: The margaritas are all very solid in the book, and the Bloody Mary can really blow people’s minds. There’s one that I make a lot that’s always always a hit. Spiked seltzers are so popular right now. So you combine tequila or vodka with St. Germain, lemons or limes or both, and a berry spiked seltzer. So good. So refreshing. It makes a hard seltzer more three-dimensional. I muddle it ahead of time. I recommend anyone who is making cocktails for a party to pre-batch. Don’t add ice or anything sparkling until you’re ready to serve.

If I’m having a pool party during the day, a frozen popsicle is the third act. It’s all kind of like a play. I start off with a welcoming drink, either something sparkling or a beer. Then the second act is a shot. Then, for the third act, I bring out this old-school trophy from the ’70s and put Daily’s Poptails in it. People love it.

How do you come up with a perfect name for a cocktail, be it for your book or for your bar?
Schwartz: I like the ones that tell the story, or capture a moment or feeling. The sentimental ones. We were recently on a Basquiat kick. So a lot of our names come from pop culture or experiences.

Sandoval: Yeah, it just depends on what sparked the drink, the situation, or the ingredients. Like The Dilf has dill and it’s also the perfect dad drink for a summer barbecue. The Tequila Katie is a tequila-based drink that stains like blood, so I thought that was kind of funny. The Solvang Meltdown uses the basic bitch of wine, merlot.

Are there cocktail ingredients or flavors you feel are underrated and should be used more?
Sandoval: I like arugula in cocktails, and cilantro, but you have to be careful. It’s polarizing.

Schwartz: Yeah, it adds a really nice herbal note. You see it on a menu and you think really? I’m on a basil kick. If you take a watermelon drink, and add a little basil in there, it’s perfect.

We came up with a cocktail that had absinthe in it—it was a one-of-a-kind, provocative drink that wasn’t exactly a hit at the restaurant. It’s a drink that has to be measured exactly and some people find the absinthe dispenser intimidating.

I know you guys just reopened TomTom in May. What’s it been like?
Schwartz: It’s good to be back, a breath of fresh air. We’re so grateful to have the doors back open.

Sandoval: We were closed for 14 months and the industry, in general, has just gotten ravaged. But now West Hollywood is back open and popping.

Schwartz: We only had the side bar open a month before COVID, but now we’re able to hear a ton of positive feedback about it. I like to call it Rainforest Cafe chic. Lisa doesn’t like that very much.

What do you see becoming trendy in the next few years?
Sandoval: Espresso martinis are on fire right now. We have a killer espresso martini with toasted coconut, vanilla vodka, and cold brew.

Schwartz: Yes, ’90s drinks. Gotta bring back that apple martini. You can make it delicious. You can use fresh, cold-pressed apple juice, fresh lemon juice, and honey.

Sandoval: I actually make a mean Long Island. Take some Meyer lemons and muddle them into Cointreau and keep the ingredients really fresh. Top it with a little Coke. When I made them at Villa Blanca, people would come from everywhere to try them. Just hilarious that people were crushing Long Islands at Villa Blanca. But it’s very easy to make them disgusting, so be careful.

What are some of your favorite cocktail bars or places you’re excited to check out?
Schwartz: There’s this place I really wanna go to in LA called Apotheke, they have one in New York City, and I had the great pleasure of going there. Such talented people and great cocktails.

Sandoval: Ariana surprised me and took me to The Aviary in Chicago and they did their whole incredible cocktail thing. Everyone learns from other people and the way they present an infusion right in front of you is so cool. There was a drink that came in a vase, and goes from clear orange to red before your eyes. Of course, Death & Co. in NYC. Their level of professionalism and their bartenders are on another level.

Schwartz: I’ve been on a detox/retox thing where I’m enjoying cocktails with healthier ingredients, like Malibu Farm has farm-to-table cocktails. There’s also a place called F&D Bar in K-Town, they have this basement, over 400 bottles of alcohol. It’s like going into someone’s really awesome house. I’ve been in Los Angeles for 10 years and I feel like I’ve barely scratched the surface.

Any plans for the rest of the summer?
Schwartz: We’re just savoring summer, loving it.

Sandoval: We just wrapped principal filming. We usually aren’t done until August, but we started a little earlier this year. Obviously, we have been so stoked to be on this show, but normally our summers are taken up by filming. So, we’re excited to have the rest of the summer to relax.

Jess Mayhugh is the editorial director of Food & Drink for Thrillist. Follow her on Instagram and Twitter.
Thrillist TV
History of
The History of the McRib