Why Hojicha Should Be Your New Go-To Green Tea Drink

The roasted green tea has a nuttier flavor perfect for lattes and baking. 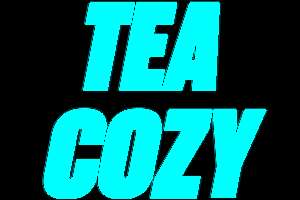 In the world of cozy beverages, there is always something new to try. London fogs are well-loved for their aromatic earl grey tea base, while chagaccinos captured our interest for their purported health benefits. We’ve obsessed over boba pearls, enthusiastically sipped thick champurrado, and have devoted ourselves to the cult of matcha. Perhaps, however, a new green tea drink should take the crown.

Although hojicha, or roasted green tea, has been enjoyed in Japan for over a hundred years, it has recently gained popularity stateside for its distinctive nuttiness and subtly smoky flavor. Whereas matcha is grassy and pleasantly pungent, hojicha is subdued and inviting.

“The way hojicha is processed is very different from traditional tea,” explains Navdeep Kaur, the director of education for tea brand Dona. Instead of using just tea leaves, as is traditional, hojicha is constructed of the stems and twigs from the upper part of the tea plant, which are then steamed and roasted over charcoal, infusing the tea bark with smokiness. “Hojicha is a very different-looking tea and the taste notes are woody and smoky, with a caramel and chocolate finish,” Kaur adds.

Something that also sets hojicha apart from its other green tea counterparts is the caffeine content. Matcha is known for its high caffeine content, but hojicha contains far less. “When it’s roasted, the caffeine mellows out, which is not so common for green teas,” Kaur says. Because of this, hojicha can be the perfect option for someone reducing their caffeine intake or for an evening sip.

Because of hojicha’s sweet and warming flavors it makes for the perfect tea to use in baking and desserts. At U Dessert Story in San Francisco, hojicha and bananas are combined for a unique take on the British banoffee pie. At Kitsby in Brooklyn, a cafe and e-commerce baking kit brand, hojicha is featured in lattes and is the star of several desserts, including a pumpkin pie for Thanksgiving.

“Hojicha is one of our core flavors,” Amy Hsiao, Kitsby’s founder, begins, “and we’re always looking to elevate a traditional dessert, like Thanksgiving pie. We thought that the earthiness of pumpkin would really match the earthiness and the smokiness of hojicha, which is why we paired it together.” Although Hsiao tested the recipe with matcha as well, hojicha proved to be a better fit.

In addition to the pumpkin pie, Kitsby is also offering a box of holiday cookies that includes a hojicha sugar cookie, as well as unique twists on other seasonal favorites like a matcha brownie and red bean biscotti cookie.

If you want to try incorporating hojicha into your own baked sweets, Hsiao has suggestions for making sure the roasted tea flavor shines. “I would definitely use a powder, so if you have hojicha leaves and that’s all you have access to, I would grind it up in a coffee grinder,” she advises. “If you can find hojicha powder, try to get the darker roasted ones for the color as well as the taste.”

And if you just want to sip hojicha in a drink format, Kaur shares a sweet and creamy recipe for Dona’s hojicha honey latte.

1. To make the hojicha concentrate, bring water and loose leaf tea to a gentle simmer (around 185 degrees or so). Turn the heat off and steep for 4 to 5 minutes.

2. Strain and add honey. Stir until the honey has completely dissolved.

3. To make a latte, steam or ice 2 ounces of the honey hojicha syrup with 8 ounces of milk.