What Kind of Alcohol Gives You the Worst Hangover? 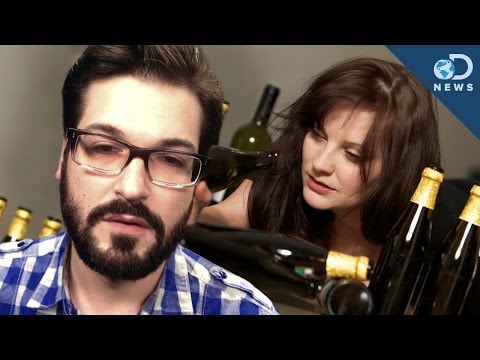 Hangovers are inevitable, and all-too-frequent -- hey, no judgement -- and while there are plenty of foods to cure them, it's also possible to save yourself a little pain while the night is still going. Not every type of alcohol is going to leave you sobbing on your bathroom floor for fifteen hours.

A video from DNews looks at just what kinds of alcohol will give you the worst hangover. Basically, when alcohol is fermented, impurities called congeners are produced. Congeners give alcohol its taste and color, which is all fine and good, but they're also toxins... so, the darker the alcohol, the worse your hangover will be.

So, while clear alcohols like gin and vodka can still give you a hangover, it won't be nearly as bad as the one you'll get from bourbon or whiskey.

The alcohol with the most congeners (i.e. the ones that will cause you the worst hangover) from lowest to highest are:

The video also addresses whether or not you'll get an easier hangover if you drink more expensive alcohols. The answer is that if a liquor is filtered and distilled more, there will be less impurities, and it'll cost more to produce -- so it can mean that if you spend more, you'll save yourself the worse hangover. But... it also means that cheaper vodka and gin could be as bad as expensive bourbon.

High quantities of sugar also make for a worse hangover, which is honestly just a good excuse to finally give up Franzia (you're not in college anymore, bud), whipped cream-flavored vodka (for shame) and Cosmopolitans (this one may actually hurt -- we know you love them).

Lucy Meilus is a staff writer for Thrillist and stands by her vodka soda, thank you. Follow her to #basicness and less hangovers on Twitter at @Lucymeilus and send news tips to news@thrillist.com.