Slushies Are the World's Greatest Accident

If I could consume all my liquids in slushie form, dear Lord, I so would. Unfortunately, my doctor advised me that I'm only three brain-freezes away from it sticking forever... plus, a blue tongue on a 27-year-old is not very appealing.

Regardless, my love for slushies, ICEEs, Slush Puppies, and Slurpees stays true (a slushie by any other name still tastes just as sweet). I've long assumed the slush of the gods was developed in a lab by world-class scientists trying to determine the closest thing to Zeus' nectar of the gods.

In actuality, it was a big ol' fuck-up that led to the world's greatest frozen treat. Thanks to a broken soda machine and a enterprising businessman, we now have slushies in our lives. And therefore our lives have improved tenfold. Haven't you ever wondered why people in the 1930s were so sad? To find out how slushies were created, we need to dial it back to the 1950s and a busted-ass Dairy Queen...

It all started at a busted-ass Dairy Queen

In the late 1950s, entrepreneur and World War II veteran Omar Knedlik was having consistent trouble with the machinery at the Dairy Queen he owned. His store in Coffeyville, Kansas was worn down and the machines were in a constant state of malfunction.

One fateful day in 1958 his soda machine went kaput. He quickly transferred his pop to a freezer to keep it cold... though it inevitably froze. Afterwards, Knedlik just said "screw it" and sold his slushified cola to customers in its new, icy form. And much to his surprise (but not to ours) the people freaking loved it.

From accident to ICEE

Since the customer is always presumably right, Knedlik knew he had something potentially big on his hands. And let's be honest here: When you run a broken-down DQ in the middle of Kansas, you jump on any opportunity you can.

Knedlik took his frozen-accident-juice to an artist/marketer named Ruth Taylor, who came up with a much better name than frozen-accident-juice. She came up "ICEE" and developed that iconic logo. The ice on the letters represents the chilly nature of the drink, you see.

The ICEE machines the duo developed were sold to gas stations, diners, restaurants, and basically any other spot that sold regular soda. ICEE became a relative success, if not initially a household name.

But perhaps the most iconic singular incarnation of Knedlik's frozen-accident-juice is 7-Eleven's Slurpee, named after the sound you make when you drink it. After Dallas-area 7-Eleven manager Bev Hopkins spotted an ICEE machine in a competing convenience store, he brought the idea back to corporate.

7-Eleven bought three ICEE machines in 1965. When the product became a massive hit with customers, the company struck a deal to share some licensing rights for the drink under some distinct parameters, including making 7-Eleven formulate its own specific branding (hence the name Slurpee). By the time the '70s hit, leisurewear and key parties were very much in style. And there was a Slurpee machine in every 7-Eleven in America. 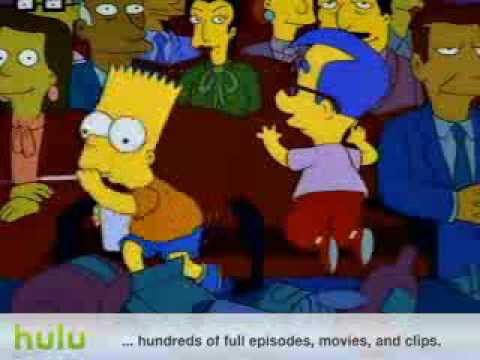 Slushies for every occasion

At first the ICEE machines clogged, froze, and gave owners the same type of mechanical headaches that helped invent the damn drink in the first place. But over time, technology improved, the machines got smaller, and Slurpees and the like became ubiquitous with other beloved frozen snacks like ice cream and snow cones.

Now, nationwide brands like Slush Puppie, Alligator Ice, and the always steadfast ICEE can be found everywhere from movie theaters to children's birthday parties, gas stations, beachfront boardwalks, and even trendy bars that mix a little whiskey with their flavor syrup in the summertime. The slushie phenomenon has hit home, too, with an array of blender-esque appliances designed to quench the thirst for slush in the comfort of your own kitchen.

And now it's an American legend

7-Eleven's Slurpee has even become an icon that transcends the category -- even The Simpsons' well-known parody (the aptly named "Squishee") has become a household name. On 7-Eleven's birthday (July 11th) the store hands out approximately 5 million free Slurpees, and overall it's sold over 7.2 billion of the drinks since they launched. This literally makes slushies a multibillion-dollar business from one outlet alone.

That was a backhanded compliment. Sorry.

Wil Fulton is a staff writer for Thrillist. He's hankering for a Hank Hill bingeing session. Follow him @WilFulton.