Here's How to Make an Orange Mocha Frappuccino 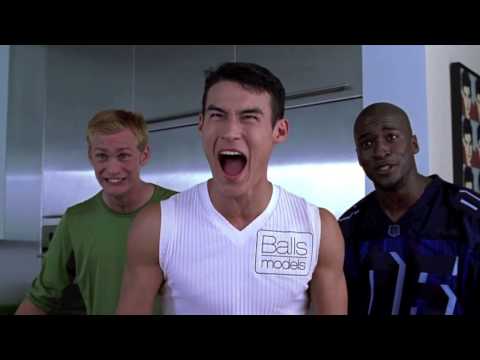 The walk-off at Paris Fashion Week made it official: Zoolander 2 is coming our way next February. And while we're excited to see what Derek, Hansel, and David Bowie have been up to since 2001, we're a little bummed the sequel won't include Derek's roommates Rufus, Brint, and Meekus. As you know, the boys died in a tragic gasoline fight accident -- but before that, they were sipping on some refreshing Orange Mocha Frappuccinos.

Though the drink was made up by the movie, Starbucks did sell an Orange Mocha Frappuccino for a brief spell in 2007. The beverage sadly didn't make it to the 2010s, but luckily, several Internet heroes have risen up with copycat recipes. You're obviously going to need coffee, chocolate, and an orange (in syrup or whole-fruit form) no matter what. But there are plenty of riffs on those basic ingredients. If you're looking to get really fancy, One Ingredient Chef has a version with almond milk, vanilla, and dates on their site. ShortList's spin has a homemade orange syrup paired with double espresso and dark chocolate. But we're especially taken with Cooking and Beer's creation, which comes artfully topped with shaved orange zest and a mountain of whipped cream.

Some fans insist you can still order the drink off Starbucks' secret menu, so you can try your luck with your local barista. But if you can sit tight until February 16th, we're sure Sbux has a synergetic return planned for the movie sequel's release.

Kristin Hunt is a Food/Drink staff writer for Thrillist, and isn't a great eugooglizer. Follow her to Mugatu's piano key necktie warehouse at @kristin_hunt.