Where to Watch the 2018 FIFA World Cup in DC 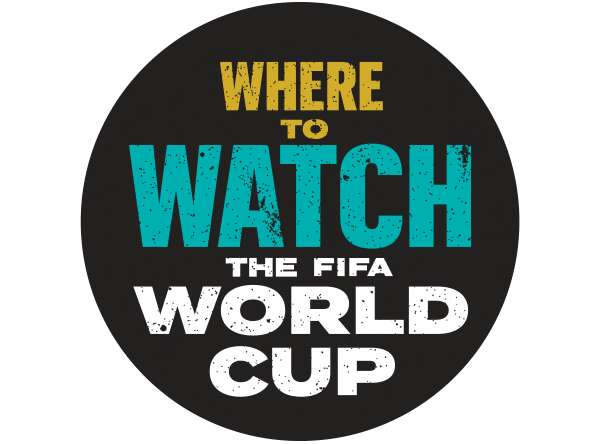 Four years after Germany beat Argentina in extra time, the world's nations will return to the World Cup and most beautiful game once again. This time around the action goes down in Moscow, meaning games will be airing on the East Coast between the early mornings (8am) and the mid-afternoon (2pm). Between June 14 and July 15, prepare to hoot, holler, day drink, and chow down on plenty of delicious bar snacks. The US team may not have qualified to play this time around, but that doesn't mean there isn't plenty of fun to be had. Here are some of the DC’s best pubs, taverns, and biergartens to cheer on your favorite team, and don't forget to check back in as the games heat up for updates to drink specials and deals.

Well-known soccer haven for a burger and a beer
The District's go-to English Premier League drinking headquarters, Lucky Bar functions as a proper English pub for an afternoon (or morning) of pints and football. You can bank on a sizable, rowdy crowd for The Three Lions matches, but don't let the British flavor fool you; you're in for a treat no matter your allegiances. With three big screens and 22 TVs scattered through two levels, you don't have to worry about missing any action. Wash down a Big Ass Burger with a beer or five for the full experience. Fair warning: the Dupont hotspot is hardly a secret in DC soccer circles, so you'll want to grab your table early for knockout stage matches. They'll be open at 7:30am daily.

One of the few spots owned by a former pro player
Dock FC is a mission accomplished for owner Ari Gejdenson, an ex-pro who wanted to create a home for great food and drink to be shared in celebration of the world’s game. Spending his playing days in both Europe and South America inspired the international flair of Dock FC, aptly named for its location on the original loading dock of Hecht Warehouse in Northeast. You can’t go wrong with their traditional pub grub, but tacos are the real score on the menu. Seating is communal, so don't expect to grab your own table.

Good conversation and chill vibes for a soccer-fueled hangout
Soccer enthusiasts looking to watch a match solo should look no further than this cozy Courthouse Irish pub. Friendly bartenders and soccer-loving regulars make Ireland’s Four Courts an excellent option for game time revels. Make this your go-to World Cup spot and get your name added to the “Wall of Legends.” Prereqs? Drink 100 pints. Their drink specials switch up all the time, so email irelandsfourcourtshh@gmail.com for the scoop.

Hidden hotel gem offers a true Emerald Isle experience
Though located in Chinatown’s Fairfield Inn, Irish Channel is no ordinary hotel bar. Authenticity is the name of the game here, with an A+ beer list to match its true-blue Irish fare, and happy hour starts at 3pm. Tottenham and Stoke City supporters call the Dublin-themed pub home all year, but all are welcome to soak in the action during the 2018 World Cup. To goals, and lots of ‘em -- slainte!

Traditional German beer hall with a rooftop view to boot
A can’t-miss if you’re pulling for Die Mannschaft, there isn’t a better spot on the list if you’re looking for long tables and tall lagers. Sauf Haus serves as a perfect home for fans of the tournament’s defending champs, with 16 German brews on tap and to-die-for pretzels. Celebrate a German victory with Jäger shots on their rooftop, complete with views of Dupont. Note that "saufen" is German for “to drink.”

Serving up British fare for Spanish watch parties
For regulars of Elephant & Castle’s two locations, rubbing shoulders with their sister bar’s crowd means fraternizing with the enemy. With its 19th Street location serving as home base for the District’s Barcelona supporters and Real Madrid fans setting up shop at the Downtown location on Pennsylvania Avenue, the World Cup offers a chance at uniting in the name of national pride. Despite the pro-Spain crowds, it's got a decidedly English atmosphere, with bangers & mash and fish & chips heating up the menu. ¡Viva España, viva DC!

For German fans looking for a wurst and a prost
Decks on decks on decks at this Bavarian-style beer garden. From the looks of the H Street storefront, you’d never know this bar and restaurant can hold more than 400 people. Biergarten Haus boasts a superior selection of German beers. Their accompanying liter-sized mugs are perfect for nursing (or chugging) and pair well with the German pub fare. The TV situation (upwards of 20 screens) and cheerful atmosphere put this bar at the top of our list. They've got food specials and fresh-brewed coffee for the games too.

Neighborhood bar with a dog-friendly patio
Conveniently located a half a block from the Columbia Heights Metro station, this neighborhood watering hole comes with 23 TVs and a whopping 140-inch HD projector screen, making it a convenient spot to watch any of the World Cup soccer games. Even when Lou’s gets crowded, you’re usually able to find a place to sit. If you’d like an “outdoorsy” afternoon, take in a game at one of the patio tables on the deck. Their early-morning specials include $5 Heinekens and bar snacks.

Find out where to watch the World Cup games with all the soccer fans in your city with our list of the best World Cup bars in NYC, LA, SF, Chicago, Miami, Houston and more.