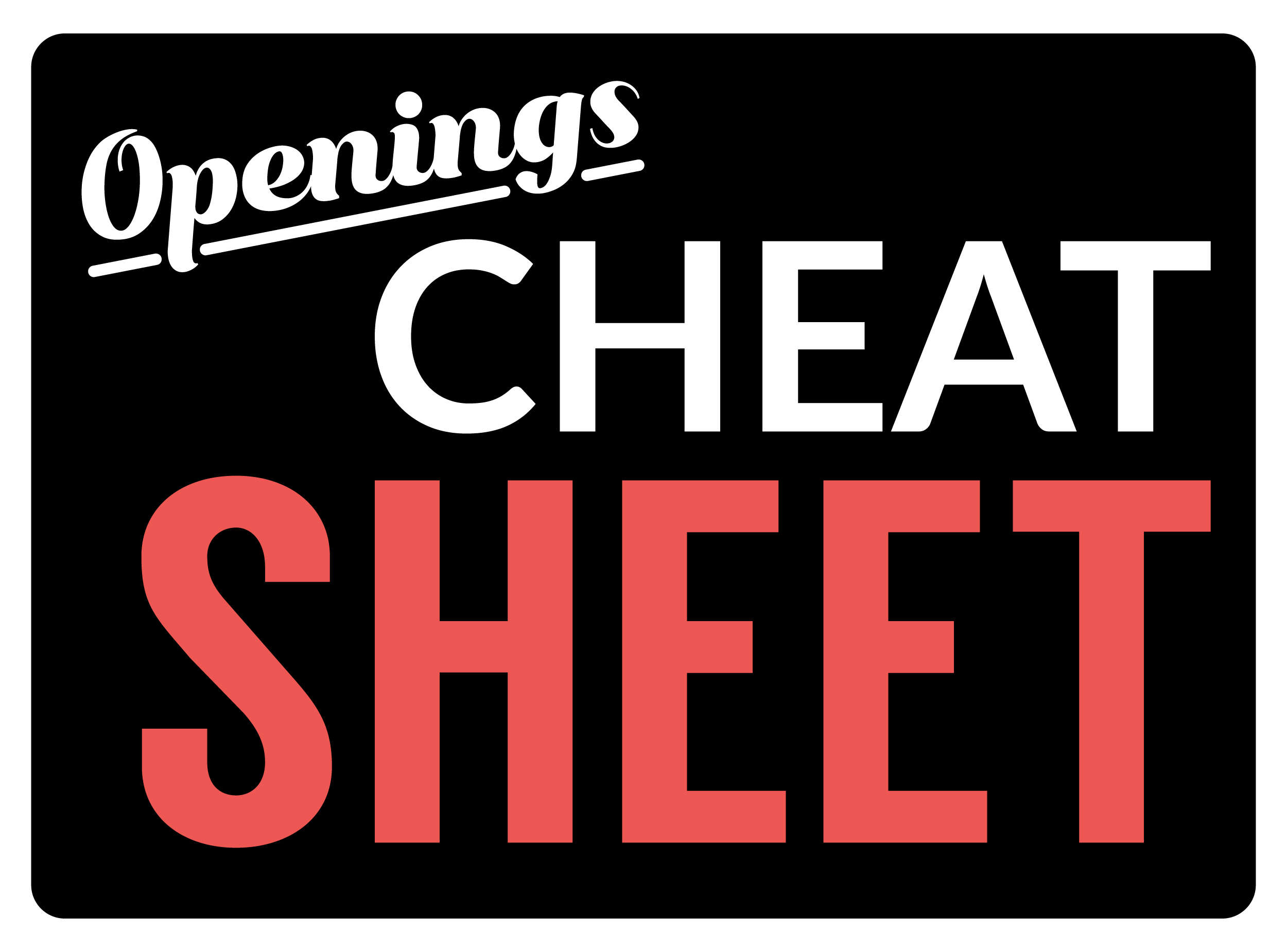 We never thought we’d say this... but there are almost too many new bars and restaurants opening up in Amsterdam these days. How the hell are you supposed to keep up?! That’s where we come in. We sucked it up and culled the list of the ~100 2016 newbies to give you the inside scoop on which were the most worthy of your time and budget. (Oh, plus some previous favorites now feeding new neighborhoods!)

The next club phenomenon from the Trouw team, De School, is named for the fact that it’s in… a former school. They take the school theme quite seriously, too, even giving the odd class in the space during less nightclubby hours, and leaving the gym intact for, you know, gym stuff. But they mostly just embrace the nostalgia-inducing interior design, which has been spruced up with some plants and red leather couches. So, naturally, when it comes to its on-site sandwich café and multi-course restaurant, they just named them both DS. Both feature veggie-forward menus with relatively simple dishes like potato-jalapeño-feta that nonetheless have several of our friends saying it’s “the best restaurant food they’ve eaten in years.” Oh yeah, and did we mention that the club has a 24-hour license?

OK, we’re cheating a little here, as this one technically opened at the end of 2015... but since it’s all anyone seems to be talking about, leaving it off the list seemed like a criminal offense. The menu clearly takes its inspiration from the rich, Burgundian kitchen fare of the Noord Brabant city after which the restaurant is named (and from which the three owners, the same guys behind Guts & Glory, come). You can choose between the “Basic”, “Extra” or “Full Monty” menu for your price point of choice (€49.50-79.50), but the number of courses and the dishes themselves will stay a surprise until the moment the plates appear in front of you. You’ll have much more choice when it comes to the wine, though: there are 15 by the glass and 60 by the bottle.

Ice cream has had its day in the sun. OK, it’s still having it, but now there are other, juicier frozen options as well. Poised way out West, this popsicle shop’s signature flavor is Champagne-raspberry, but you get your pick of plenty of others, like Vietnamese iced coffee or strawberry-yogurt-chia seed. It’s up to you whether you wanna go deluxe with the chocolatey topping of your choice and/or nuts. (Hint: always go deluxe.)

This is guaranteed to be the biggest (in both size and impact) opening for the rest of the year. After much anticipation, the former Shell tower has finally been reborn. It’s got a hotel, a music school, music-industry offices, a member’s club, Amsterdam’s most exclusive suite (a rumored €10k/night), plus a much more public 20th-story Lookout platform -- with a giant swing (coming soon) where you can throw yourself out over the abyss, for an extra fee. As for the eating and dancing: now open are the lookout-adjacent MA’DAM restaurant and club, and Amsterdam’s own rotating restaurant (we didn’t miss the trend, did we?) Moon, the floor below, with a new Butcher social club coming soon, and basement club Shelter opening in September. By the end of the year, the A’DAM Toren promises 24/7 food, drink, and entertainment.

RIP Nevel. And Nevy before that. And before that Odessa. This prime waterside spot with a massive terrace (which unfortunately loses its sun by borreltijd) has had a lot of bad luck -- which must be where the new owners got their new name: “nieges” means “bad” or “naughty” in Amsterdams-Yiddish. However, since this is the product of the Hannekes Boom and De Vergulden Eenhoorn owners, the result is anything but bad. The multilevel cement-and-grass terrace and spacious interior have been given new life in small, quirky details, and the venue dishes out reasonably priced, fancy lunchtime sandwiches and three courses of French-influenced, veggie-heavy local favorites (think green asparagus with a celeriac cream, olives, hazelnuts, and a poached egg) come evening. Plus, plenty of drinks.

The new Amsterdam outlet of the Generator Hostel is mostly just that: a hostel… if a super-swanky one. However, thanks to this showpiece bar & café, locals are flocking there anyway. The bar really covers three spaces: you’ll find most people gathered in the mod café area or on the Oosterpark-flanking terrace, but the visual showpiece is the former lecture hall that was converted to lounge seating. Oh yeah, the food is excellent, too -- go for the pizza (it's Italian approved). P.S.: there’s another swanky Boiler Room bar in the basement, but you have to get lucky (and late) to find the doors to that one unlocked.

Amsterdam’s newest rooftop hot spot only opens its doors when the weather is worthy. But when that happens, you’ve got an unobstructed sun bath waiting for you on top of Hotel Casa 400, retiring at the same time the sun does at 11pm. Wash down your vitamin D with drinks and bites (including some garden-grown goods from right on the roof) while lounging on the long wooden benches. Added to De Vergulden Eenhoorn, MOJO, and La Vallade, the Ringdijk is becoming a serious place to be seen when the sun comes shining. Who knew?

Fish gets kicked up a notch here, at the country’s first "Theatre of Fish.” Walk in and enjoy some amuse bouche, choose your fish of choice from the central “marketplace,” and then chill with a drink and the other guests while it’s prepared before you. When the check comes, you’ll be happy, as you’ll pay much less than you expect to.

If we tell you “vis” is Dutch for “fish,” you know everything you need to know about this menu. OK, maybe not everything, because what you also really need to know is how good this historic warehouse-housed sea-loving spot is. The chefs got their practice at Visaandeschelde and The Roast Room, and now churn out locally caught small fish and seafood dishes with top quality and presentation.

It may have a snack-bar theme -- taking the “bar” part seriously, as its other specialty is an extensive menu of Dutch beer -- but it makes such a mind-blowing falafel (a few different varieties, actually) that it’s worth the bike ride out west. This is no mere takeaway spot, either: there’s a pleasant, modern-art-accented café interior, and a tiny terrace for you to get your beer & falafel fill.

As the name gives away, this is a French spot -- though a “down to earth” one -- meaning your serving sizes of Frenchie faves like steak tartare and escargot will be bigger than your bill. Seeing as this is from the same guys behind one of our steakhouse favorites, Black and Blue, don’t be surprised to see a healthy-sized meat section on the menu.

The 1885 “Witte Zaal” of the five-star Krasnapolsky Hotel has been reborn with a trendier English version of its name, an opulent gold-and-white interior, and triple-Michelin-starred chef Jacob Jan Boerma’s signature menu of fresh and tangy dishes -- like sweet-and-sour red beets with a frothy yoghurt -- prepared by Arturo Dalhuisen, a chef trained in Boerma’s other restaurant. It’s actually not as ludicrously expensive as you might expect, either: a four-course meal costs €65, and lunch less.

With Hugo’s Bar & Kitchen no longer around, the men behind it have embraced full-on fusion fare – a mix of Latin, Asian, and European flavors. Think small plates of martini-glass tortilla, foie gras crème brûlée, and quail lollipops. At lunch time, you can even catch some sun at the waterside terrace.

It was the end of an Oost era when café De Ponteneur closed its doors in December after 25 years of being every local’s favorite lunch spot. After moving through the five stages of grief, we’ve come to acceptance: De Ponteneur is dead. Long live Bar Botanique! Billing itself as a “tropical neighborhood living-room café,” De Ponteneur’s dramatically high-ceilinged interior and roomy-terrace exterior have been spruced up with a bunch of greenery, plus an all-day culinary tour of Continental café classics. This is another one from the crew behind De Biertuin, Waterkant, Smokin’ Barrels, and all the rest, so we expect big things.

Though the restaurant, hidden down a back alley in the Medieval Center, has a Golden Age theme, the menu of Dutch classics has been made thoroughly modern. Choose from locally sourced dishes like raw herring with pickle and shallots; pig neck with piccalilly sauce, capers, doughy raisin bread, and gravy; and a croquette of aged cheese with young spinach, beets, and cream. Basically, if a cheaper version of d'Vijff Vlieghen sounds up your alley, you need to go to the website and make a reservation right now.

When you get something right, you do it again. And with the boundaries of the city expanding, sometimes the best news is that a place you already know you like is moving closer to home. Like these:

No longer a non-sexy thing to do in the Red Light District, our favorite Korean BBQ joint just moved to bigger digs, where it's experimenting with expanding its food offerings to create a more inclusive fusion menu.

Get some of Amsterdam’s best burritos to go, as the awesome food expansion underway at Central Station now includes one of our favorite taco tents (now in its third location).

Just let the chef make the decisions at this already beloved new outpost of the Haarlem wood-themed restaurant of affordable multi-course European eats.

More gourmet hot dogs in more locations (in addition to De Foodhallen and its traveling truck).

The Seafood Bar goes for its second expansion, this time with a take-out focus, but still room to sit down and enjoy the offerings in white-washed splendor.

The kitchen may keep moving, but the concept is still going strong at this roving pop-up with the world-tour menu. The new digs are decidedly more masculine, with a red-accented black interior and central fireplace.

Do all good things come in threes? Drovers Dog hopes so with its newest Aussie brunch-bar opening (with some dinner on the side) on the Wibautstraat.

The Amsterdam owner of the Rotterdam-based Ter Marsch & Co. has brought his award-winning burgers (and secret sauce) home to Amsterdam -- at least for a year. Wash them down with wine and G&Ts.

The winner of Horecava’s Most Delicious Pizza in NL award, this Utrecht pizza concept known for its selection of whole-grain crusts has expanded its healthy-pizza movement to Amsterdam. You can even train to be a certified pizza professional yourself here, at LaLotta Academy.

Elysia Brenner is a freelance writer/editor/translator who promises that she’s not giving preferential treatment to her part of town -- Amsterdam Oost is just dominating. Finally.