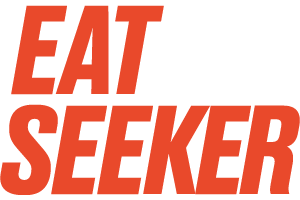 Welcome to Eat Seeker, a regularly updated list of Amsterdam’s best restaurants of the moment. They might be new (they often are) or they might be an especially beloved vintage variety, but you can bet if it’s on this list, it’s earned some buzz through strong menus and fervent crowds.

Though Little Collins gives it a good run for its money in the brunch-spot-from-Down-Under-in-de-Pijp game, this New Zealand egg-slinger has snagged slightly more buzz with its new second location on Kadijksplein. Breakfast and brunch classics with a healthy, wholesome twist are served until deep into the afternoon -- but don’t let that wholesome thing worry you: there’s plenty of matching booze to prevent you from being too much of a model citizen.

De Klos will always hold a special place in Amsterdam’s meat-loving heart -- but the more varied menu with worth-writing-home-to-your-mom-about burgers and fall-off-the-bone ribs, not to mention the creepy-chic knickknack decor and late kitchen hours, mean the city’s hungry hordes are flocking more and more to this destination for their meat fix. Especially since the second location opened in de Pijp as well.

De Foodhallen is no longer the only (upscale) foodcourt in Amsterdam, but it’s still the best -- for all the reasons we’ve stated before. As long as it keeps serving the biggest variety of food in the city and some seriously kick-ass cocktails, it’s not going to get any less popular (or any less crowded) any time soon.

For those of you who don’t live in Noord already (so, most of you), why should this new food spot get your ass on a ferry (the Oostveer no less)? Well, as the name suggests, a dramatically arched structure of patchwork metal sets the tropical-industrial stage. The star performers, though, are the Mediterranean mixes coming out of the kitchen, shifting with the seasons. Fans of Bar Moustache, your man Tim Immers did it again.

The mother of the Amsterdam flammkuchen scene has more to offer. Between decadent breakfast classics, those Alsatian “pizzas,” and French-influenced three-course dinners, The Lobby keeps bellies satisfyingly full all day long in cleaned-up-industrial style. Expect the hype to grow as a second locations opens up in 2016 in the third Hotel V near Amstelstation.

Rotisserie chicken has gotten big in Amsterdam, and this 2012 opener, practically a senior among its chicken-basting brethren, probably wears the cockadoodle crown. Maybe it’s because the Belgian-French spot’s staff seems so happy to work there, but it’s probably the regularly changing three-course menus that go way beyond chicken.

If you haven’t nibbled on some very respectable sandwiches over a business lunch here at some point or another, chances are you don’t work in (central) Amsterdam. Dinner is the sundown version of the same: recognizable brasserie classics done well. The remarkable thing is that this is an equally valid spot to hang out over cocktails and finger foods along the vast bar into the wee hours. And for some reason, despite its ridiculously busy location, it never seems to be crowded. It must be all that space and the almost invisible entrance in the glass wall.

Amsterdam’s brunch business is going strong, but perhaps no place is more packed at noon on a Sunday than, we’re going to call it, the spot with the best Bloody Mary’s in town (you usually still have to reserve days in advance). Luckily they’re open every day 8am to 5pm.

This might be the most successful -- or at least most beloved -- of the 3WO team’s increasing number of hotspots around Oosterpark. Sure, it’s got great beer (and lots of choices of it), but the crowds are coming for the vibe, and the massive heated, and covered when needed, terrace. Oh yeah, they’re here for the juicy burgers and delicious chicken, too.

This location may not be as famous as its Western sibling yet -- it’s still brand new -- but there’s no denying the pull of the massive, tree-lined terrace. Not to mention the plenty of space to sit inside. As for the the lauded menu of upscale street food? It’s thankfully stayed the same.

We knew the successor to Trouw was going to be a hit… but we had no idea people would be buzzing about the food so much. And unlike the club part, there’s no one to decide if you look good enough to keep your reservation when you arrive.

Everybody’s still got a soft spot for Noorderlicht, but Pllek is now officially the place to be. And surprisingly, not only when the sun is out. It’s certainly the heart of almost every festival at NDSM these days, but they’ve got their own program of movies, yoga, etc., that keep people coming back year round. This is due, in no small part, to the food options being even better than the drinks!

Of the two hottest new fish spots in Amsterdam (at the moment), Pesca slightly edges out John Dory thanks to its unique marketplace/”theater of fish” concept and enforced socialization. The purity of the seaborn creations is also a major factor. Even if some people are baffled by the pricing.

Veggie/vegan food is also having a major moment. Of the two highest-profile new openings, Meatless District is hands-down the best (Sorry, Bar James, you’re still great but it looks like the West wins the War of the Restaurants...for now.)

Dine on the (affordably) decadent dishes of the Brabantse kitchen, from a real bunch of Brabanters. The meals (and long wine list that goes with them) go for only €29.50-40.50 for 3 to 5 courses for lunch, or the somewhat pricier €49.50 to 79.50 for dinners of varying courses and compositions (meaning: treat yourself midday for the best value, but either way expect a surprise). The sunny waterside terrace doesn’t hurt either.

The city’s most beloved T-shirt menu meat den never goes out of style, with a no reservations policy that generally translates into a wait of up to an hour -- which is probably why they never felt the need to build a website.

From word of mouth and good reviews, this back-alley sister-run restaurant has been steadily picking up steam for its exotic mix that doesn’t appear on a menu. Your waiter will recite it for you. Listen closely, because there tend to be quite a few options. We previously named their strawberry-chevre version one of our favorite steaks, but we love their herb-infused Indonesian meatloaf sandwich (just go at it with an appetite). And they’re famous for their buttery, gooey pear pie.

This meat spot with the cocktail-bar-ready basement had several tenants passing through before Mystique came to stay -- and continue to stay it seems it shall. We’ve gotten a lot of flack for not including them on our lists of best BBQ and best steaks. People love this joint and find the (not unreasonable) price tag worth it.

Upscale street food is having a moment. But this is the only (fairly new) place other than Happyhappyjoyjoy doing it really well, which is why they lined themselves up a second location on the Kinkerstraat. Eat pancakes, chicken saté, and burgers made from wholesome, mostly organic ingredients all day and night.

Amsterdam has no shortage of lunch and brunch spots, but this one is winning the war for the alcohol-free midday bites. As the name suggests, the menu has one star -- eggs -- playing many different roles. The pleasantly rustic interior is also a plus. No reservations, but without cocktails to linger over the table, turnover tends to be pretty quick.

After going rouge in our last edition of the Eat Seeker, we have to admit that Amsterdam’s King of Pizza is still La Perla. Order the calabrese di spilinga (with spicy ‘nduja salami and spicy olive oil), expect to wait (whether for a table or to take away), and expect it to be worth it. Boaters take note: they’ll let you take the bottles of wine to go, too.