Cinegrill was once a playground for mid-century starlets, and the luxurious venue is returning to life with a new menu and calendar at the Hollywood Roosevelt. 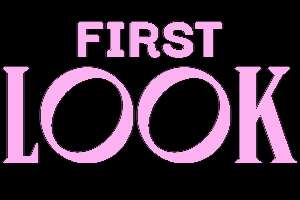 Sometime in the early 1950s, or so the story goes, Arthur Miller came to town to develop a movie with Elia Kazan, who took him out to a bar with an actress that Kazan may have been seeing at the time—Marilyn Monroe. But this was not just any bar, this was the bar where F. Scott Fitzgerald and Hemingway drank, where Humphrey Bogart lounged, a popular cabaret at the Hollywood Roosevelt in the heart of Hollywood called Cinegrill.

Cinegrill originally opened in 1936 and enjoyed a long run as an A-list hot spot before slowly fading from prominence and eventually relocating and then closing in the early ‘00s. But that was not the end for Cinegrill—the team at the Hollywood Roosevelt is bringing Cinegrill back to life in a new format, as a luxurious theater with a stunning gilded stage and tufted velvet lounge-style sofas.

The opulent room is hidden behind a bookcase in the lower lobby, and once you’re inside it’s clear the design nods to Old Hollywood throughout. There is a big red curtain with gold accents, modern takes on classic cocktails, and a modern supper club-inspired menu. A waitstaff dedicated exclusively to Cinegrill will bring those martinis, old fashioneds, and negronis right to your table during the show, so you never have to take your eyes off of the movies and performances taking place on the gorgeous stage.

Cinegrill returns to life on September 21 with a thematically appropriate screening of the masterpiece Casablanca. That screening kicks off a series of Classic Cinema Nights, which will also include showings of Psycho, Rebel Without a Cause, and holiday specials like Dracula for Halloween and It’s A Wonderful Life for Christmas. The series is hosted by film critic, film professor, and winemaker José Ignacio Cuenca, and will include an introduction, a post-show Q&A, and wine tasting of Cuenca’s Little Boat label.

There will also be live performances at the theater, including magic by Derek McKee every Thursday, the modern cabaret show On The Fringe every Saturday, and regular stand-up comedy, including shows like Well Dressed Comedy.

The glamorous revival is yet another flag planted in the reinvented Hollywood, which seems to see a huge new opening every week. The restaurant scene is suddenly excellent and continues to grow stronger, and this swanky new theater looks to be another worthy addition to the long list of things to do.

Reserve tickets to Cinegrill Theater on the Hollywood Roosevelt’s website.