The 15 Most Essential Food Experiences in Miami 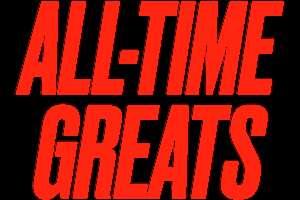 You haven’t really done Miami until you’ve checked off a few important experiences. From taking a picture with a magnum of rosé on a boat to meeting—and getting inappropriately hit on—by a D-list reality celebrity to getting lost in Hialeah. But also crucial to the Magic City experience is eating at all the places that make this city so special. In a city that fuses glamor with American Dream-fueled grit, that means everything from sceney steakhouses to laundromats that are open 24 hours sneakily serving great Cuban sandwiches. In Miami, it’s easy to enjoy fresh stone claws and steak one meal and cream-filled croquetas the next.

From South Beach to the suburbs, Miami’s got plenty of restaurants that reflect what our city is all about. Here are the bucket list spots and the iconic dishes you need to experience to understand it best.

Multiple locations
If you haven’t spent an entire Sunday drinking light domestic beer and soiling yourself with Sports Grill wing sauce, you may as well surrender your 305 area code. Because while many higher-end places have tried, no place in Miami makes wings quite like Sports Grill, which easily dominate practically every list of best wings in the city. The go-to sauce here is the Dale sauce—pronounced like the famous racecar driver and not a Pitbull interjection—a fiery, deeply smoky slather named after a longtime regular. Pair them with waffles fries and a side of melty cheese sauce for the ultimate Miami meal.
How to book: Stop by for first come, first served seating or order takeout via Toast.

SoFi
If for no other reason, Joe’s is worth a visit as the only living Miami restaurant to be mentioned on The Golden Girls. And if Blanche Devereaux’s endorsement isn’t enough, well, how dare you—but also, take one look at the line pouring out of the place during stone crab season. While the elusive shellfish are only available from October through May, it doesn’t get more classically Miami than Joe’s, with its bow-tied waiters, white table cloths, and four-digit bills. When all else fails, go for the standout Fried Chicken and sides courtesy of Joe’s Takeaway. Oh, and make sure to get the key lime pie, too.
How to book: Reserve via Resy or order takeout and delivery online.

Multiple locations
It says a lot about Miami that discussions on where to find the best Cuban sandwich are more hotly debated than our local elections. But, in all fairness, we’ve got a lot of great spots to get the classic sandwich stuffed with pork, ham, mustard, pickles, and swiss cheese. Enriqueta’s is often cited as the go-to for a Cubano, but there’s a large contingency that’ll tell you Sarussi is better. Sanguich, as the name might imply, does it exceptionally well. And even Pollo Tropical got in on the action this year with an entire menu of Cuban sandwiches. If you’re looking for the most visited Cuban spot, you’ll want to go to Versailles, and if it’s super late night try Mary’s Coin Laundry which is, yes, a laundromat where you can also order sandwiches.
How to book: Dine-in, take-out, and delivery options vary by location.

End the evening with a massive sandwich at La Sandwicherie

Multiple Locations
The heated debate between baguette and croissant isn’t nearly as important at 2 am, the time you’re most likely to find yourself at this late night sandwich destination. Served French-style on fresh baked bread with toppings galore and a hearty dose of its famous vinaigrette, these monstrous Dagwood-style creations are tailor made for soaking up a long night of partying. There’s absolutely no shame in asking for extra dressing on the side. A favorite way to experience the massive sandwich is by visiting the South Beach location and taking your order across the street to enjoy while sitting at the bar having one final drink at Mac’s Club Deuce.
How to book: Dine-in, take-out, and delivery options vary by location.

Fuel up on tacos then party in a backroom speakeasy

Various Locations
At some point in the mid-2010s, opening a new taco joint in Miami required also installing a covert backroom tequila bar. Other cities do it, but nowhere is it as expected as it is here, where spots like Coyo in Wynwood and Bodega in South Beach have become as widely known for top-shelf booze as they are for quality barbacoa. And just down the road, El Santo Taqueria goes full-on From Dusk Till Dawn with a bottle service-laden rager behind the restaurant. We’ve even got sneaky omakase counters in taco shops these days, as The Taco Stand gives way to Hiden, one of the city’s most coveted sushi reservations.
How to book: Stop by for first-come, first served seating.

Tear into garlic rolls at Flannigan’s

Various locations
Flanigan’s décor has been the inspiration for thousands of South Florida dating profile pictures, where shots of dudes holding fish are plastered on nearly every wall. That immersion into smoldering masculinity gets even hotter when you order some of Flannigan’s famous wings, and precede them with half a dozen buttery garlic rolls. It’s easy to cool off, though, as Flannigan’s massive pitchers of beer are as much a trademark as their food, and often come with a free order of wings. And the green plastic soda cups are the telltale sign you’ve lived in South Florida. You’d also be remiss to leave without ordering the Bahama Burger, a flame-grilled favorite that still stands as one of Miami’s very best.
How to book: Stop by for first-come, first served seating.

South Beach
Pasta, polenta, and a killer wine list highlight the best of this family-owned cozy Italian spot, where James Beard semi-finalist Mike Pirolo cranks out fresh-made noodles while his sister Jacqueline curates one of the city’s most impressive collections of bottles. Signature dishes include Cavatelli Macchialina made with baby meatballs, porchetta, and Pecorino, and a simple-yet-masterful Spaghetti Pomodoro. And even if you’re not feeling carby, you can soak up the sun in the breezy outdoor garden, sipping Bambitinis, a.k.a. mini martinis that allow you to order two and still form a sentence.
How to book: Reserve via Resy, order takeout via Toast, or get delivery via Uber Eats.

Westchester
In Paris, they have Steak Frites. In Miami, we have the Super Rio Cristal, essentially a massive plate of French fries, under which you’ll—eventually—find a hot, greasy steak. It’s the signature item at this West Dade Cuban stalwart, who does all the other island classics just as well. But if you’re making the trek out to the ‘burbs—or just treating your parents to dinner—few things satisfy like this spicy, savory slab. Just make sure you’ve set aside some dedicated gym time the next day.
How to book: Stop by for first-come, first served seating or order takeout and delivery via Toast.

Go full Florida Man with a stop at the Publix deli

Various Locations
Ask any ex-Floridian what they miss the most, and 90% of the time the answer will include an item from this beloved grocery store’s deli section. Here, you’ll find a bevy of hot items (you can smell the crispy-skinned fried chicken all the way from the dairy aisle) plus a decked-out sub station. Choose from either Publix brand deli meats and cheeses or splurge for Boar’s Head, and while the sliced stuff might be delicious, the order that reigns supreme will always be the Chicken Tender Sub. Pro tip: Go early in the day when the housebaked bread is freshest.
How to book: Stop by for first come, first served seating or call your nearest location for takeout.

Gorge on the best sandwich of your life at Hungry Bear

Kendall & Hialeah
One cut of bread, one million combinations. Miami might not be known for its killer sandwiches like some of the country’s northern heavy hitters, but Hungry Bear Sub Shop has been around for decades, serving up some of the best subs you’ll ever encounter. Go for a honey mustard chicken sub or Philly cheesesteak guaranteed to last three meals—all typically for under $10.
How to book: Stop by for first come, first served seating or order take-out and delivery via Postmates and Uber Eats.

Make the trek to Tropical Chinese

Westchester
Though Miami may have one of the most diverse and delicious food scenes in America, one cuisine we’re dreadfully lacking is Chinese. That is, unless you’re driving down Bird Road and stop into Tropical, which feels a little like it was dropped from San Francisco’s Chinatown two blocks west of the Palmetto. White tablecloths and epic portions of affordable, flavorful food await, with tables full of Chinese students from nearby University of Miami savoring the closest thing they can find to their home cuisine. It’s an institution the same way Versailles or Joe’s is—it’s nothing novel but so good people come back for generations.
How to book: Stop by for first come, first served seating or call 305-262-7576 for take-out.

Multiple locations
Ask anyone who’s left Miami the food they miss most, and the answer isn’t a fancy restaurant or a Cuban dive. It’s chop chop, the yellow-rice-and-mojo-chicken magic that’s the unofficial lunch food of Miami. It’s almost impossible to find outside South Florida, and the quintessential spot for it is Chicken Kitchen, where you can try Cuban Chops, Mexican Chops, Chinese Chops, or even wraps. But the real OGs know the only way to eat this stuff is ordering an original with pita and an uncomfortable amount of curry mustard sauce.
How to book: Stop by for first come, first served seating or order take-out and delivery online.

Various locations
The only thing Miamians debate nearly as hotly as the Cuban sandwich is the frita, essentially a hamburger with a spicy Latin twist made from a delicate mixture of beef and chorizo that’s regarded as a fixture among Cuban restaurants and lunch counters throughout the city. El Mago de Las Fritas gained great fame for their version when former President Obama stopped in for one, but many will tell you El Rey de Las Fritas does it better. Or even Luis Gallindo’s, if you ask the Burger Beast. No matter who you prefer, it’s hard to go wrong with this fiery little patty seasoned with paprika and topped with crispy onions.
How to book: Dine-in, take-out, and delivery options vary by location.

Grab a Cuban coffee and croqueta from a ventanilla

Multiple locations
If you’ve never had Cuban coffee, it’s a little like pouring amphetamines into a bottle of rocket fuel, then dousing the whole thing with sugar. And while pretty much any restaurant in Miami can serve you one, your best bet is ordering one from a small window somewhere in Hialeah or Little Havana. Islas Canarias has you covered if you’re pairing it with nice, deep-fried croqueta. But be prepared: If you don’t like ham, cheese, or bechamel sauce, just stick with the coffee.
How to book: Dine-in, takeout, and delivery options vary by location.

SoFi
It’s tough to miss this South of Fifth hotspot, where droves of well-dressed individuals can be found waiting outside, hoping for a cancellation so they can jump on the chance to dine inside the legendary steakhouse. Filled to the brim with celebs, rich old dudes, and ladies dripping with bling, this is the place to see and be seen. If you’re coming for the food (instead of the opportunity to glimpse a Kardashian), expect all the chophouse classics from oversized dinner salads and shrimp cocktail spreads to a selection of fresh seafood and prime beef.
How to book: Call 305-532-8112 to reserve.