12 forgotten fast foods that (mostly) need to come back

Fast food can really break your heart sometimes, and not just via sodium and cholesterol. Establishments are always shaking up their menus, rolling out new specials, and generally trying to keep us guessing so we keep coming in the door, if we can still fit. Sometimes this is good (looking at you, McRib!). But sometimes the casualty of all this change is a beloved deceased menu item that simply can't be replaced in the barely-still-functioning hearts of those who ate and loved it. And then we just have to admit that even great burger-makers can have bad ideas sometimes. With that in mind, enjoy these memorable, bygone fast food items (and their often stellar advertising), rated on a scale of 1 to 10, with 10 being "Bring It Back Immediately!", and 1 being "Let's Both Pretend This Never Happened".

The McDonald's Arch Deluxe: This was McD's attempt at a fancypants "grown-up" burger that didn't quite work out. I remember it -- it's not that it tasted BAD, necessarily, it's just that the whole thing seemed off. People don't go to McDonald's for refinement. Stone ground mustard sauce? Come on. Although the fancy chef in their test kitchen did have an overflow of style. Bring It Back Factor: 2

Jack In The Box Frings: This one just seems like pure laziness. Frings were a simple, elegant combination of fries and onion rings (get it?!) for people who had difficulty deciding exactly how to get diabetes. Sure, JITB still carries both fries and onion rings, so technically you could buy both and just mix them up, but WHO HAS THE TIME?! Plus, look how happy the humanoid french fry and onion ring are to be reunited in the commercial. Stop keeping them apart! Bring It Back Factor: 7 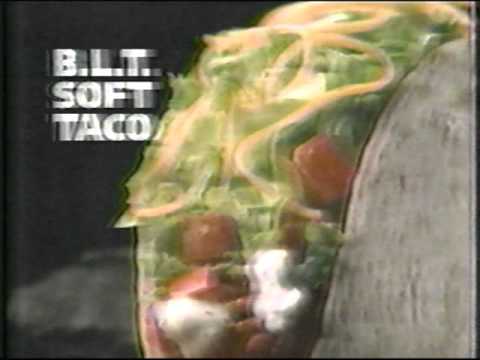 The BLT Soft Taco: Back in the mid-'90s, when America was not yet ready for Doritos Locos, Taco Bell unveiled its sizzlin' bacon menu, the unequivocal highlight of which was the BLT soft taco. Who says bacon is a trend?! Honorable mention here goes to the BellBeefer, basically a burger bun with taco meat and toppings that should also totally come back. With bacon on it. Bring It Back Factor: 9

Sonic Pickle O's: They were basically just fried pickle chips, which are popular enough as a bar snack these days that there must be a market for them. Rumor has it that these still make an occasional appearance at select locations, but screw that. Any establishment that has room for this many milkshakes can find a way to slip in a little extra pickle. Bring It Back Factor: 7

McDonald's Pizza: I was kind of a picky eater as a kid (shocking, I know), and one of my biggest enemies was the tiny onions on McDonald's Cheeseburgers. I hated them, and back in those days if you put in a special "no onions" order they acted like you had leprosy and made you wait like 15 extra minutes while all the kids on your soccer team started to slowly hate you. So I was pretty excited when I heard McDonald's was getting into the pizza game. Then I tried it. I became unexcited. Bring It Back Factor: 1

The Burger King Yumbo: This one was a little before my time, but apparently Burger King used to serve a hot ham & cheese on a burger bun simply called the Yumbo. There are hazy remembrances of it all over the interwebs, like a culinary chupacabra. Bring it back! Angels' slugger Mark Trumbo could appear in the commercials. Bring It Back Factor: 9 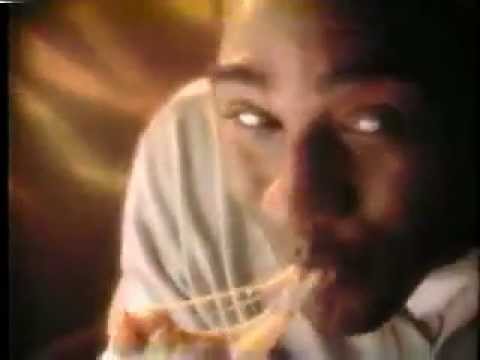 Pizza Hut Triple Decker Pizza: This is the first calorie-laden fast food creation I remember bringing about nationwide media handwringing and questions about whether we'd taken this fatness thing too far. It was just one extra layer of dough and cheese! These days, it seems almost quaint. At least Pizza Hut hasn't given up on the dream of more cheese in your pizza. Bring it back factor: 8

Arby's Polar Swirl: Arby's may still have shakes, but it used to have its own entry into the "ice cream with candy mixed in" game, called the Polar Swirl. As you can probably tell, it is not pictured. What is pictured is a set of Polar Swirl Penguins, which apparently came with Arby's Kids' Meals as toys in the '80s, which were clearly the best decade to be a kid at a fast food restaurant. Bring It Back Factor: Polar Swirl, 5. Penguins, 8.

Chick-fil-A Lemon Pie: The most recent casualty on the list, lemon pie goes all the way back to Chick-fil-A's origins, but it was recently focus-grouped out in favor of more convenient on-the-go eats like... cookies and stuff. When we as a society can't even inconvenience ourselves to eat a damn slice of pie, things have really gotten bleak. Bring It Back Factor: 6

Long John Silver's Peg Legs: This is not a photo of Peg Legs, the adorably named, little, fried chicken drumsticks LJS served once upon a time. This is a photo of their replacement (via a sampler platter), which was once referred to as the Chicken Plank (still kinda clever!) but now appears to be known simply as the chicken tender. Stop depriving America of tender, bone-in chicken and clever pirate punnery! Bring it back factor: 7 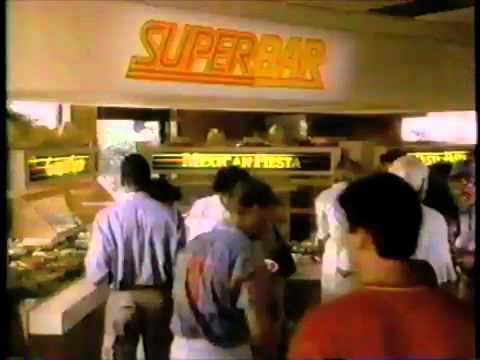 Wendy's SuperBar: Even as a child who was greatly interested in the prospects of unrestricted access to chocolate pudding and nacho cheese sauce (not like, mixed together, I swear), deep down I kinda knew that Wendy's SuperBar was kinda gross. It's not your fault, Wendy's, it's ours. We simply can't be trusted to serve ourselves at a salad bar without it turning into a bits-of-Jell-O-falling-into-the-ranch-dressing catastrophe. Bring It Back Factor: 3

The McDLT: Largely thanks to its oh-so-catchy "hot side hot, cool side cool" ad campaign starring George Costanza, the McDLT seems to always be the first name dropped in any "forgotten fast foods" discussion. Fundamentally, it's just a burger, but I can appreciate their tacit acknowledgement that the warm lettuce & tomatoes on fast food burgers tend to be off-putting. Although, the cheese clearly belongs on the hot side. Word is the 1.5lbs of Styrofoam it took to package this thing did it (and the ozone) in, but couldn't they bring it back in some innovative recyclable packaging and give everyone a huge nostalgia boner? Bring It Back Factor: 8