Are the Meat Sweats Real? A Brief Investigation.

If you’ve never had them, surely you’ve heard of them: the meat sweats, or the alleged profusion of sweat that’s caused by consuming large quantities of animal product. Their existence nowadays is widely supported, mostly in the form of memes. But where does the term comes from, and are they biologically a real thing?

In the early aughts, November 22nd, 2001 to be precise, Joey Tribbiani consumed a whole turkey and announced his impending meat sweats. We all laughed and laughed partially because of the absurdity of the term but also because the Friend's laugh track told us to. But is that really the inception? Maybe! The first “meat sweats” entry on Urban Dictionary, the pinnacle of societal reflection, didn’t appear until 2003, four years after the site was founded, and a year after Joey said the term on national television. But we can dig deeper. 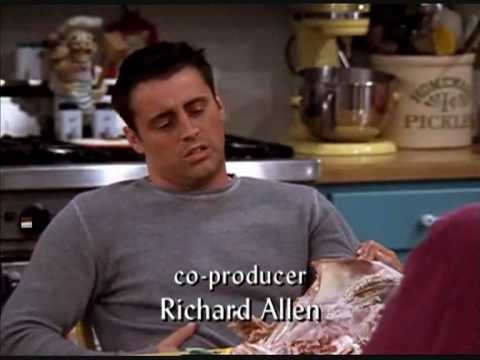 An encyclopedia entry brings us to the name David Kreizman, a daytime television writer who claims to have invented the term in the mid-'90s to refer specifically to the sweat he saw emerging from participants' faces during eating competitions. BuzzFeed's already looked into this.

However, there's only so much Internet twaddle you can read before taking it to a source. We reached out to speed eater Matt “Megatoad” Stonie, the 2015 Nathan's Hot Dog Eating Championship winner, to get answers to the hard questions about the hows and whys of meat sweats. He's eaten 62 hot dogs in under 10 minutes, among other successes, so the man knows a thing or two about meat consumption. And by extension, sweating.

1. How would you define meat sweats?

Stonie says: "The gut-wrenching feeling that comes about when one consumes more meat than they can handle. Similar to a cold sweat, just, with the side effect of making all meat and meat products seem unappealing."

2. Do you find this phenomenon to ring true?

3. From a scientific perspective, what do you think is happening here inside your body?

Stonie says: "Protein is the hardest macronutrient to break down. Unlike carbs and even fat, protein is made up of complex amino acids, which need to be broken down by the secretion of pepsin and HCl (hydrochloric acid). Not only does this take time and makes your body work overtime, but the high amounts of HCl being secreted can cause a multitude of side effects. An abundance of HCl in the system can cause a temporary imbalance of pH locally, which your body will fight to correct, and also if prolonged, can cause slight erosion in GI tissue, which is also rather unsettling. The acid reflux and heartburn might also cause additional discomfort. But this is just my opinion, I could be totally off." (Editor’s Note: A lot of people believe the scientific cause to be thermogenic effect of protein, but Matt is majoring in bio/chem, so it’s not like he made this up.)

4. Is it specific to meat or does it happen after you consume large amounts of any food? Like, will there be more sweat after you slam a bunch of hot dogs versus asparagus?

Stonie says: "I know from experience -- I've eaten 12.75lbs of deep-fried asparagus in a contest -- that asparagus is much easier to digest and doesn't cause the same side effects. If anything, your body does a pretty good job of recognizing the abundance of water and fiber and allows it to pass fairly quick."

5. Is there any meat that makes you particularly sweaty?

Stonie says: "No, but I know the difference between eating 7lbs of hot dogs and 7lbs of steak is entirely different. With hot dogs, or any meat item that is partially not meat (aka has a bun, sauce, bread, etc.), the meal balances out more and allows for a more normal digestion. So in turn, yes, it depends how the food is served, but purely meat against meat, I don't believe so."

6. Is there turning back once you have them? Can you stop them?

Stonie says: "Typically no. If you have hours to recover then maybe, but generally once you're in, you're in for the long haul. One thing that can help temporarily is a sweet dairy product, like ice cream. It's a mental fix and slightly soothes the stomach, but it won't fix the situation. At most it will help you push down the last bits of the challenge (if you are doing a food challenge) for the win, only to feel worse later."

7. Are there preventive measures you can take? Like eating or drinking something.

Stonie says: "Like I just said, ice cream, or something similar, might help, but in a challenge/contest scenario it’s very inefficient and not worth trying unless you are desperate. Staying hydrated and drinking fluids will help delay the oncoming, but everyone has a point of the inevitable."

Stonie says: "Hard to say, I haven't put in enough effort into observing the side effects to know."


9. Do they smell different?

Stonie says: "Again, couldn't say, but I'd imagine the meat sweats that follow a victory."


11. Does competitive eating training affect how much you sweat while eating meat?

Stonie says: "Yes, definitely. As a professional eater, I train my body to not only eat food fast, but to handle large quantities as well. I think one other large component to the meat sweats is the above mentioned coinciding with one reaching their physical stomach capacity. For me, I rarely get the meat sweats mid-contest or challenge, but might experience them later depending on when and how much I ate. In other words, my threshold is much higher, but I'm still human."