Why No One Makes Grape Ice Cream, According to Ben & Jerry's 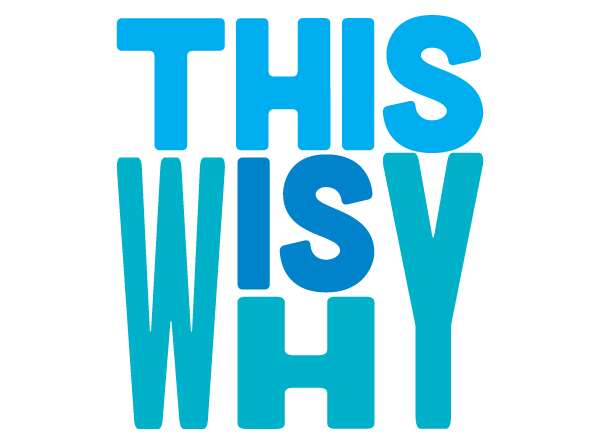 Have you ever seen grape ice cream? It's doubtful because it doesn't really exist. Slushies, sorbets, and Otter Pops don't count. It's weird, right? As a ubiquitous flavor in snack foods, grape's absence from the ice cream world is glaring.

There are some truly batshit theories as to why grapes haven't made the jump from vine to pint. One is that grapes simply can't be frozen. Another is that grape ice cream puts dogs (who may accidentally eat it) at risk so it's literally illegal to make. And others still are super specific, like the one that claims Ben Cohen -- of Ben & Jerry's fame -- actually made a batch of grape ice cream for a girl he had a crush on (Jerry's sister Becky, no less). Her beloved dog then ate some and died an immediate and unceremonious death. Thus, Cohen vowed to never make grape ice cream again. Allegedly.

This is all -- expectedly -- complete bullshit. Here's the real scoop. Sorry. Sorry for that.

Sean Greenwood, Ben & Jerry's PR lead, agreed to speak with me and set the record straight.

"Yeah, those stories sound like a stretch, a little bit of ice cream lore," he said after I detailed the tale of Ben, his misguided attempt at capturing love through ice cream, and the dead dog.

First off, using grapes as an ice cream base presents logistical problems. "Making ice cream at home, you can get fruit like grapes pretty close to a puree, but when you are using fruit as a base on a large scale, that's when you run into problems."

Fruits -- grapes specifically -- have high water content. When using such a watery base to make ice cream, the results often come peppered with chunks of ice. Which equates to some pretty shitty ice cream.

"Jerry and Ben will talk about the days of making melon ice cream, or cantaloupe ice cream, and how good that was. But then, they were doing it on a 2-gallon batch. To try to do that on a massive scale is much more challenging."

For something like popsicles -- which are predictably icy and often artificially flavored -- this is fine. But for a company like Ben & Jerry's, it presents a nearly insurmountable engineering hurdle.

If that's true, then how do they make Cherry Garcia?!

Grapes are about 81%-84% water. But so are cherries... the base of Cherry Garcia, one of the brand's most celebrated flavors. What gives?

"Grapes are a difficult fruit, because of the water content -- but it's also not a very mainstream flavor for ice cream," Greenwood said. "Most people don't even associate grape with ice cream. People grew up on cherry and vanilla -- so now, they love cherry-based ice cream. Grape has not broken through the creme-de-glace ceiling, if you will."

Basically, it's a vicious cycle. People have never had grape ice cream, and in turn, they neither expect it nor outright desire it. And because of the engineering difficulties, it would be a high-risk, low-reward venture. While cherry ice cream -- though difficult to make -- is a sure bet. 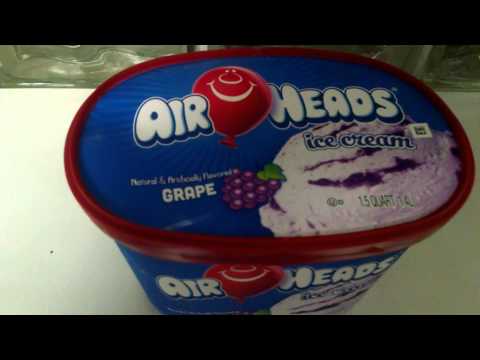 There are precedents, and they are gross

It seems as though proper grape ice cream has only been attempted once on a large scale -- by Airheads, of all companies. The ice cream is beige with dark-green swirls. The reviewer's voice in the video above sounds like his lips are directly wrapped around my ear drum. Overall, it's incredibly unappetizing.

"So, we have an actual graveyard of flavors we made and just didn't hit. One of the most iconic examples is 'Sugar Plum,' which is a similar flavor profile to grape made in the late '80s. A lot of our employees still talk about how it was a fun idea, but not a great flavor. I don't think there's a huge appeal or appetite for it," Greenwood said.

Though he wouldn't say it outright, it would make sense that Sugar Plum's epic failure probably scared Ben & Jerry's away from the purple-fruit spectrum.

"I talked with Jerry yesterday, he said that he knew we did a Grape-Nuts ice cream back in the day, and there was the plum, but he never remembered us getting too far down the road with a grape flavor."

So, will they ever do a grape-flavored ice cream?

Despite the difficulty, is a grape-based ice cream next on Ben & Jerry's docket? The name-puns are there: "Hope Solo's Sour Grapes," "Heard It Through the (Chocolate-Covered) Grape Vine,"  "Great Ape!: A Grape King Kong Flavor."

Will Greenwood mention the concept of a grape ice cream at his next flavor brainstorm, bringing my dreams to fruit-based fruition?

Wil Fulton is a staff writer for Thrillist. He likes grapes but hates grape-flavored stuff. It's one of life's great mysteries. Follow him @wilfulton.