Is Ranch Bad on Anything? I Tried It on 18 Weird Foods. 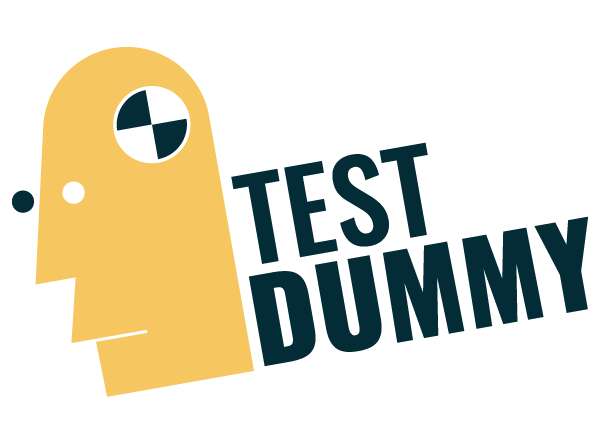 There are people who like ranch, and then people who really f*cking like ranch. Count me in the latter camp. So much so that I have postulated a theory, and sent it to numerous scientific journals: take food, add ranch, and that food will be exponentially improved.

Now there are some idiosyncratic but obvious examples that illustrate this point: pizza, salad, eggs, steak, etc. But to truly test the limits of my hypothesis, I knew I had to break all boundaries of common culinary sense and put ranch on things that have never had ranch on them before.

The following is my harrowing (and unsurprisingly delicious) account. This is your trigger warning.

This was so shocking, so bafflingly delicious, I had to get second, third, and even fourth opinions. And they all agreed with me.

Here's the thing. It should be very, very gross. It was not. It wasn't necessarily better -- it was just, different. Like, you get a hard blast of ranch right away, and it smooths itself out into CTC taste like a tsunami wave of savory flavor, with sweet little chunks of cinnamon toast driftwood floating in the aftermath. The mix of cinnamon, whole milk, and the pointed tang of ranch was unlike anything I'd ever had.

It was... different. I'll say this much: I kept eating more than I had to. And yes, I'm being serious.

No-brainer. This is like dipping your pizza in ranch dressing, which -- though generally frowned upon by piping-hot pizza purists -- is objectively delicious. I'm sorry if this is making your Italian grandmother spin in her grave (if she's dead) or in her Rascal (if she's just old, and if so bless her heart).

The ranch is really overpowering here. The tangy/sweet combo is comparable to the taste of the Cinnamon Toast Crunch -- but a little more subdued. The ranch really rose to the top, so you are mostly getting a mouthful of ranch here. Still, it really wasn't that bad.

Also, I got these flamin' bread disks from a local diner on Seamless -- and they were pretty bad pancakes. So, that might be part of it.

Not better, no. But still not gross.

Mystery soup the diner sent me with the pancakes

The diner I ordered the pancakes from included a soup I definitely did not order. It had chicken and some sort of seaweed in it. I tasted it, B.R. (before ranch), and it was very awful.

It was so much better. But still pretty bad.

Going into this business, I assumed this was potentially the most clashing flavor to pair with Cool American sauce (as they call it in the EU).

When you bite into the KLP with ranch, it hits you abruptly, then lets your palate hang in limbo for a second -- a horrifying, anxious beat -- and then the Key lime flavor swoops in like a Cool American Superman to save our asses. It's two distinct flavors, back to back. And it's not bad, guys.

There is one very brief second of vileness during the jarring transition period, and holy shit -- it doesn't even taste that bad. Weird, but not bad.

Does ranch actually not taste bad on anything?

This was a nice juxtaposition after the Key lime pie. Ranch doesn't affect all dessert foods the same way. With the Oreo, you bite right into it and get a blast of the cookie flavor first, unlike the pie. Weirdly, it makes it taste more like an artificially Oreo-flavored dish (like Oreo ice cream) than an actual cookie. The combo actually reminded me of that old Oreo cereal. Which was nice.

Again -- not totally gross (which is just appalling when you think about it), but not necessarily better.

I don't have an iron palate, so normally I wouldn't just bite into a raw jalapeño. But the Cool American sauce cooled it off enough to make it bearable. It was like a fire hose, extinguishing the blaze of the pepper seeds with a creamy tang-kick to my taste buds.

Note to self: investigate the feasibility of a ranch fire hose... that's a good idea.

The ranch & Pop-Tart amalgamation had the same plateau of vileness as the Key lime pie, but it was much more brief. There was a disturbingly smooth transition to the berry flavor. It seems like the ranch really brings out the "processed" flavor in processed food. Which isn't always a good thing.

It certainly wasn't better. It also wasn't totally repellant. But, it was the most jarring of all the desserts I tested so far.

Of all the items on this list, the avocado toast + ranch compilation might make the most sense as an actual recipe. The uber-trendy avocado toast just gels so well with the ranch. The textures really mesh well together, and both of the tastes -- pungent in their own rights -- mash well together, without strangling each other.

Why aren't you doing this right now?

Go do this now.

Peanut butter and jelly and ranch

I'm still trying to figure that out.

Ranch s'mores faced the same problem as Spider-Man 3: there's too much going on here. I was looking forward to seeing the chocolate/ranch reaction -- and that wasn't bad. But in a snack wholly based on juxtaposition, adding the ranch element just brought it to levels it was never meant to reach.

It wasn't outright objectionable. But, I wouldn't recommend it to a friend. Unless I didn't really like that friend. Then I would. You know who you are.

Not sure how or why I have not done this before.

This was a shocker. I'm not sure how this happened. It's like the seminal 2002 Avril Lavigne classic, "Sk8er Boi." Two opposites -- seemingly at odds with each other -- come together to complement, correct, and complete each other. Could it be any more obvious?

The textures, the sweet and tangy flavors, it just inexplicably works. It's a shame summer is wrapping up, because I feel like this could have been a bona fide food trend. YOU MUST TRY THIS AT HOME. What more can I say?

Swedish Fish are already bad (in my opinion!).

Ranch made them a lot worse.

IT FINALLY HAPPENED. Ranch made something worse -- the dream is over. But to be fair, Swedish Fish are already bad.

Following my Swedish Fish nightmare, I dug into the dish I most feared dressing up with ranch. Sushi demands a certain level of reverence, respect, and simplicity. Putting ranch on it mucks everything up. It felt like a wet, fishy noodle covered in bear semen. And it kind of tasted like that, too.

It was horrible. Awful. Disgusting. Very bad. No good. I doubt Jiro dreamed about this one.

No, much worse. I guess the only flaw in my equation is seafood. And um... fake Swedish seafood.

To cap off my journey, I decided to do the same thing I do every day at 3pm: take a shot of whiskey! (Just kidding, mom, bosses, and probation officers.)

I call this the Trailer Park Special, and it goes down smoother than Rob Thomas on a hot one.

'Twas the chaser of the gods.

Wil Fulton is a staff writer for Thrillist. He encourages you to put ranch on everything, and then tell him about it. Follow him @wilfulton.