10 Women-Led Food Trucks You Should Know About 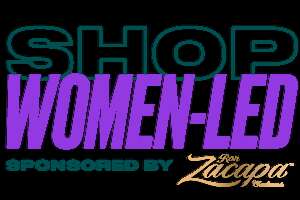 Food truck purveyors know the best bites are the ones on the go—when you’re at a street fair and want to try everything, when you’re bustling around and only have a minute for a bite, when you’re exploring a new city and need to eat like a local. Over the past decade, food trucks have exploded in popularity, with the number of mobile food businesses nearly doubling between 2013 and 2018, according to the United States Census Bureau. During the pandemic, food trucks provided a lifeline to diners itching to get out of the house for a meal they didn’t have to prepare themselves.

This month—and every month—we’re celebrating the food trucks helmed by women across the country. While national statistics on women-owned food trucks are scarce, a 2018 survey of San Francisco food trucks conducted by Off the Grid found 30% of mobile food businesses were owned by women. And according to the National Restaurant Association, nearly half of all restaurants in the country have women in ownership positions.

No matter where you are in the country, if you’re in the mood for an egg roll, soul food, or tacos, these women and their business have got you covered. Here are some of the best women-owned food trucks.

New York City
In the food mecca that is New York City, Eden Egziabher’s Makina Cafe stands out for its mix of Ethiopian, Eritrean, and Italian flavors. Born in Ethiopia from parents of Eritrean descent, Egziabher developed her menu from family recipes adjusted to cater to the New York City market. Here’s how you order: You pick a base (injera or yellow rice), a protein (chicken tibs, beef tibs, vegetarian, siga wot, or doro wot), two veggies (red lentil stew, cabbage, collard greens, yellow split pea stew, mushrooms, or beets), and a sauce. You can find the truck in Long Island City (Monday through Saturday) and at Fort Greene Park (Friday and Saturday).

New Jersey, Pennsylvania, and New York
There are no tricks or gimmicks at Mannino’s Cannoli Express. It does one thing and it does it well: cannoli. Gabriella Mannino Tomasello grew up making pastries in her family’s pizzeria and began selling her cannoli on the go in 2014. Her specialty is the blueberry cannoli (her home base of Hammonton, New Jersey, is the blueberry capital of the world, after all) and other seasonal flavors, including caramel, pumpkin, and mint chocolate chip. Plus, she sources her shells from the motherland, Sicily. The Cannoli Express services Southern New Jersey, Pennsylvania, and New York.

Louisville
Bored with grocery stores during the pandemic, Emma Bamba and her food industry vet husband, Rudy, founded Bamba Eggroll Company in May 2020 after they started making egg rolls for friends and family. Word got around and soon strangers were clamoring for the family’s Filipino egg rolls, pancit, chicken adobo, crispy wings, and more. Their food truck—Louisville’s first and only Filipino mobile food establishment—has been up and running for about a year, visiting busy intersections, markets, breweries, schools, and more throughout Louisville.

Empowering women and underserved communities is The Little Market’s main objective, a fairtrade nonprofit shop co-founded by Lauren Conrad and Hannah Skvarla. That’s why Zacapa Rum partnered with The Little Market, as Zacapa has worked with Guatemalan artisans since 1976, empowering local communities to improve their quality of life while providing a steady source of income. Over 700 craftswomen hand-weave the petate bands that adorn every bottle of Zacapa No. 23 and Edición Negra. A fair trade indeed.

Austin
Pork chop sandwiches, chicken and waffles, chicken and dumplings—think of all your soul food favorites, but make it vegetarian. Andrea Dawson opened Sassy’s Vegetarian Soul Food in 2018 without any food industry experience, but with an affinity for developing delicious recipes. Notable menu items include the pork chop sandwich, which is made of ground mushroom and Wheatmeat with pork chop flavorings, and the fried cabbage. These days, you can find Sassy’s next to the Ballroom at Spider House in Austin.

Los Angeles
What first began as a clothing brand in 2016 has grown into a pop-up “metal taco spot” in Los Angeles. Helmed by Elvia Huerta and Alex Garcia, their gourmet black al pastor tacos and dessert tacos (hello, flan taco and arroz con leche taco) are crowd pleasers. Huerta began her career managing a kitchen at UCLA, but made Evil Cooks her full-time gig in 2019 and is responsible for the flan taco. Find their pop-ups in the El Sereno neighborhood of Los Angeles and at Smorgasburg on Sundays (just look for the Grim Reaper marking their booth).

Portland
West African fare, specifically Senegalese and Gambian, is the name of the game at Kabba’s Kitchen in Portland. Born in Senegal, Kabba Saidikhan, chef and owner, opened her food truck in 2020, offering roasted chicken and lamb dibi, chicken brochette, fataya (deep-fried meat pies), whole fish yassa, a hearty black-eyed peas sandwich (for the plant-based eaters out there), and refreshing homemade hibiscus and ginger drinks. The cart is located in a parking lot in Northeast Portland (don’t drive too fast, you might miss it) and is open daily.

San Francisco
Handmade, Argentinian-style empanadas are served hot out of a 1970 Citroen H Van imported from France called El Sur. Founder Marianne Despres began her culinary career in Paris after calling it quits on corporate life. She started El Sur in the San Francisco Bay Area in 2012, creating each empanada filling with purpose. Aside from beef, chicken, and cheese empanadas, El Sur puts a French spin on the delicacy with Kurobuta ham, prosciutto, green onion, cheese, chive, and a dessert version—sweet apple. Its 2022 food truck season has yet to be announced, but El Sur has a cafe in Potrero Hill in San Francisco.

Denver
Mother-daughter duo Julia Rivera and Kayla Makowski feature traditional Korean favorites at their Denver food truck, Mukja. Founded in 2019, the truck was conceived during discussions where Rivera and Makowski would ponder how to make decidedly un-Korean dishes more Korean. Notable items on Mukja’s menu include the kimchi fries and Korean street cheese dog (a battered and fried mozzarella cheese rolled in sugar and topped with honey mustard and spicy ketchup). Every week, Mukja travels between Denver breweries (those cheese dogs are perfect for in-between sips of beer), festivals, and business centers.