The San Diego chef puts education and respect at the forefront of his concepts. 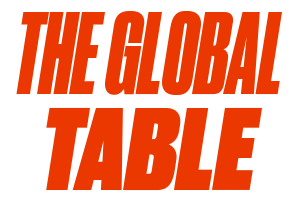 Prior to 2019, Chef Phillip Esteban had never really cooked Filipino food for anyone outside of his family. This might be surprising, considering all of his new ventures are celebrations of his Fil-Am identity. There’s White Rice, a fast casual spot in San Diego where bowls of crispy pork belly—or lechon kawali—are served alongside purple mounds of ube pandesal. Next month, he’s doing a pop-up with DC Filipino concept, Pogiboy, and crafting ube brioche burgers. In 2022, he plans to open up another Filipino restaurant, Well Fed, in the same San Diego neighborhood that raised him.

And yet, for the majority of his career, he was cooking other food. “You go to culinary school and you learn classic French technique. And then, you start working for different restaurants and you’re just applying those things that they teach you to whatever food, modern American, Japanese, Korean to whatever you want to do,” he says. “For me, to focus on Filipino food was truly just a search for my own identity. Who am I as a Filipino American and cook for 18 years? What food, or what style, or what are these things I want to do?”

Esteban attended culinary school in San Diego and made it a point to leave the town he called home—at least for a little while. “No one leaves San Diego. Everyone ends up working for the same people, and then cooking the same style, and then having the same mindset,” he explains. Instead of preparing the same burgers and garlic aiolis, he left to cook up and down the West Coast before moving to New York in 2010. His stint at Momofuku Ssam Bar, a stage at Marea, and time at Per Se shaped not only the way he viewed food, but how he wanted to operate his own business one day.

“Leaving was always the opportunity to go learn and to take perspective from different cultures, different experiences. I took those experiences back with me, like the New York hustle and the drive,” he says. “I think it’s what really shaped me in my career in the way that I think by going there and then coming back, and then attacking the food scene the way that I did.”

For starters, Esteban wanted to change the way kitchens operated. Instead of viewing back-of-house employees as disposable, Esteban took it upon himself to provide training and education. “The industry has been a kind of pandemic in itself,” he says. “That bubble needed to pop. Not just from a payscale point of view, but from a respectful one—the way that we treat, the way that we speak, the way that we have empathy towards each other in business.”

Instead of being motivated by greed, Esteban is invigorated by providing education for his employees and sharing profit for livable wages. “A young cook working doubles from 8 am to 10:00 pm at night just to pay rent does not have a quality of life,” he explains. “You start thinking about why people make the decisions that they make—why there’s a lot of alcoholism, drug addiction, and misogyny [in kitchens].”

Although he’s just one person—and admits he alone can’t change kitchen culture—his concepts are a starting point. Not only is Esteban’s mission to support kitchen employees, but now he is fully leaning into his Filipino-American identity with gusteau. This dual identity can be seen in dishes like his signature triple ube custard cake, which he approaches with both cultures in mind.

“I adjust the recipes to the Filipino palate as they love things sweet, but I want to make it more approachable to multi-generations, but also multi-demographics,” he says. “And so, it’s not as sweet and as dense as traditional Filipino leche flan.”

But ultimately, kababayan, the Tagalog word for countrymen, is his north star. Being a bayanihan, or one who works in community, centers him.

“The translation is a fellow countryman or townmate, but it’'s respect for community and cultural unity—[we] help each other grow,” he beams. “I’m just being myself, being Filipino, being bayanihan.”

1. In a saucepan or non-stick pan, mix sugar and water together. Cook it in medium heat. Add Ube flavoring as soon as it turns to light amber.
2. Immediately transfer to an 8-inch round cake pan. Make sure it coats the bottom evenly. Set aside.

Make Cake:
1. In a large bowl, beat the egg yolks and sugar together until it changes to light color. Add oil, milk, and vanilla. Mix together.
2. Pass ube Halaya, then add to mixture, then add concentrated Ube flavoring. Mix well.
3. Sieve flour, baking powder and salt into the mixture. Mix until well combined.

Make Meringue, finish cake batter and assembly:
1. In a mixer, whip egg whites until it becomes frothy. Add vinegar or cream of tartar. Gradually add sugar. Mix until soft peak forms.
2. Slowly add the whipped egg whites into the cake mixture. Fold the whipped eggs carefully until well combined. Make sure to not over mix. Set aside.
3. Pour the Leche Flan mixture through a sieve into the cake pan with caramelized sugar. Gently pour the cake batter over the custard. Tap for excess bubbles.
4. Place the cake in a water bath. Bake in a 350°F oven for about an hour or until the top of the cake is golden brown. Check with a cake tester, and add cooking times as needed—add no more than 5 minutes at a time.
5. Immediately run a thin knife or a small spatula around the cake to release it from the pan. Place a large serving plate on top of the cake pan and quickly invert the cake onto the plate.
6. Let it cool before serving.

Kat Thompson is a senior staff writer of food & drink at Thrillist. Follow her on Twitter @katthompsonn.
Our Newsletter