How a Fried Plantain Sandwich Became a Modern American Classic 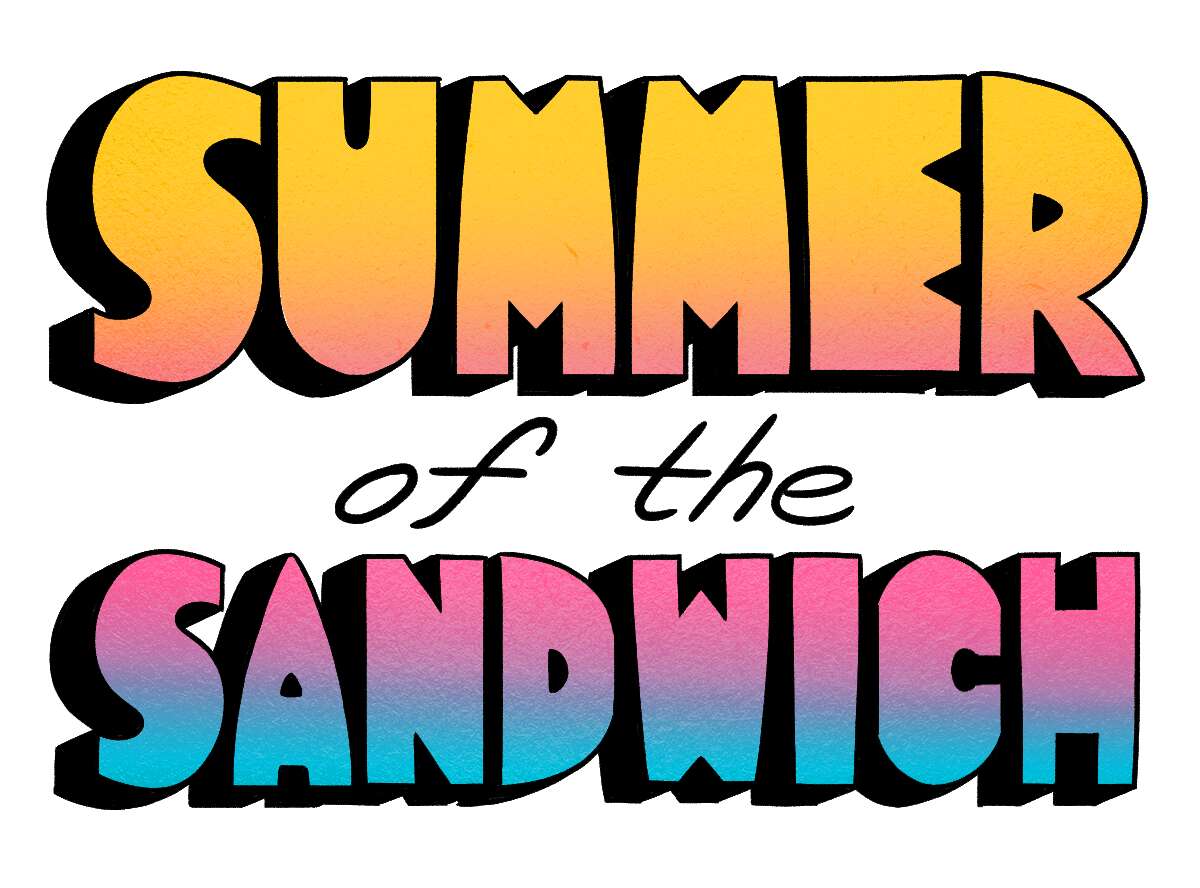 Walk into Papa’s Cache Sabroso in Chicago’s Humboldt Park neighborhood and the aroma of the stacks of rotating pollo chon (chicken prepared like lechón, Puerto Rico’s famous roast pork) smacks you in the face. The lady who takes your order warns customers over the phone or at the counter that they’re slammed and it’ll be awhile before they’ll get their food. Servers’ arms are loaded with fried chuletas, bistec platters, shrimp, and tostones. Just a typical Sunday at the popular Puerto Rican restaurant.
But it’s the sandwich menu, specifically the jibarito, that’s the real star.

Just about anyone who's visited the Windy City can recall the first time they had one of its deep-dish pizzas, neon relish-laced hot dogs, or a juicy Italian beef. But the jibarito sandwich ranks right up there as a dish iconic to Chicagoans: a hearty, indulgent creation forged at the confluence of American cultures.

The sandwich is made usually stuffed with tender, thinly-cut seasoned steak, lettuce, tomatoes, grilled green onions, white cheese, and a subtle garlic oil. Sometimes steak is replaced with chicken, ham, or vegetables. But the coup de gras is the starch: A jibarito ditches bread in favor of two crispy, flattened planks of still-green, savory, fried plantains. On occasion, its sister version, the jibarita -- which utilizes sweet, ripened plantains -- is also available.

Papa’s Cache Sabroso is just one of dozens of Puerto Rican restaurants throughout the Chicago region that prominently serve the Puerto Rican-inspired dish, which became an instant icon when it was introduced a scant two decades ago. Its roots, by most accounts, date back to 1996, when restaurateur Juan C. “Pete” Figueroa added the creation to the menu of the Borinquen Restaurant. That makes it one of the youngest of America's iconic sandwiches.

Pronounced hee-bar-ee-to, jibarito is the diminutive word for jíbaro, which is one of those words that's either an insult or a term of endearment, depending on who's saying it to whom. It denotes someone from the rural, mountainous region of Puerto Rico. But the term's namesake sandwich is less synonymous with the Caribbean territory that coined its name and more with the frigid winters and sweltering summers of Chicago.

How did that happen? Chicago, like other major American metropolises, is a melting pot of cultures, and has long drawn disparate American communities to its center.

The jibarito is just one example of the impact that Chicago’s Puerto Rican community has had on the city over the years. The Midwest city is home to the second largest Puerto Rican population off of the island, and has been since the mid-20th century, when hundreds of thousands of Puerto Ricans began migrating to the mainland. The majority made their way to New York, but many also continued on to Chicago, eventually settling in in the city’s Humboldt Park neighborhood. And while the community experienced poverty and hardship, it also made a huge impact. Bilingual education became more common. Healthcare clinics opened. The Puerto Rican People’s Parade, the second largest such parade in the country, became a tradition. And food immediately became embraced… then evolved. That's where the jibarito comes in.

The exact origin of the sandwich’s recipe is a bit unclear. A 2003 article by Chicago Tribune reporter Monica Eng traces Figueroa’s inspiration for the jibarito to a sandwich de platano, which forgoes bread for flattened plantains. According to the Tribune article, Figueroa read about the sandwich in the Puerto Rican newspaper El Vocero. Specifically, the article pointed to a restaurant on the island, Platano Loco, founded by Jorge Muñoz in the Puerto Rican town of Aguada. The restaurant claimed to have invented the sandwich de platano in 1991, says Normariliz Soto, CEO of the family-owned business.

Soto says that her father-in-law came up with the idea one late night when the family was craving sandwiches but had no bread. Thinking on the fly, Muñoz went to the backyard, grabbed some plantains, and fashioned two long tostones to use as buns instead -- later calling it the sandwich de platano. Muñoz began making the sandwich for friends and family members and eventually the family bought a small storage shed where they opened Platano Loco.
The plantain sandwich gained in popularity, Soto says, with local and international media interviewing the family, which she says the family believes is how Figueroa learned about the recipe.

Today Soto and her husband, Jorge Muñoz Jr. operate the restaurant in Rincón, having relocated after the original location collapsed following Hurricane María.

Juan Figueroa’s brother, Angel, confirms that his brother read about the plantain sandwich in the newspaper article, but says he made the creation his own by riffing on it, beginning with the name. And it stuck… the Figueroa family continues its domination of the jibarito scene.  Angel Figueroa and other family members currently run a Borinquen Lounge location on the city’s north side, where the sandwich is available with steak, fried or grilled chicken, lechón, veggies, and shrimp.

Over the years, competing Puerto Rican restaurants have added jibaritos to their menus and today it’s also available the on the menus of Cuban and Mexican eateries throughout Chicago. In the span of a few short decades, it has established itself as an icon of the city on par with its other decadent offerings, and it's growing.

While the jibariito hasn't seen its popularity explode in national prominence the same way sandwiches like katsu or cheesesteaks have, it's begun popping up throughout the country, particularly in areas with large Puerto Rican populations -- these days, you can score a great jibarito from New York to Los Angeles to Florida. More recently, it's even started showing up in Puerto Rico itself, something of a reverse migration of a food so steeped in Puerto Rican tradition yet so unexpectedly Midwestern.

Angel Figueroa says the family is proud of its contribution to Puerto Rican culture in Chicago. In fact, he says he’s has had the name jibarito trademarked with the state of Illinois, though the family hasn’t gone after other eateries that have them on the menu. Eventually, he’d like to see the family’s food become available all over the country.

“The people in Puerto Rico started the plantain sandwich, but it wasn’t called the jibarito,” he says. “We took an idea and perfected that idea.”

Serena Maria Daniels is writing & reporting at the intersection of halal burgers, Ramadan IHOP, grasshopper pizza, taco literacy & urbanism. She is a recovering daily newspaper reporter and the Chingona-in-Chief at Tostada Magazine.