What's the Difference Between Apple Juice and Apple Cider?

"If it's clear and yella', you got juice there fella', if it's tangy and brown, you're in cider town."

For years I relied on this distinction made by Nedward Flanders Jr., Homer Simpson's overtly religious, super-friendly, surprisingly well-hung-diddidly-ung next door neighbo-rino. And Flanders isn't wrong.

That's a useful (albeit brief) primer on the differences between America's top two (easily) apple-based, non-alcoholic beverages. But, on the precipice of fall, when the air is crisp and accented by the tender notes of pumpkin spice, I decided that a true explanation was in order: Aside from the Flanders-explained appearance, what is truly the difference between apple juice and apple cider?

It may not be the most pressing question in the world, but consider that Martinelli's, on their own website, admits that the only difference between their cider and their juice is the labeling. What? Is cider a lie? A marketing ploy by Big Apple (not to be confused with Big Apple) to sucker us into buying what is touted as a fall-centric drink?

We're going to get to the bottom of this -- particularly so you have a chunk of trivia to whip out during a wholesome-as-shit apple-picking session with your one true love. 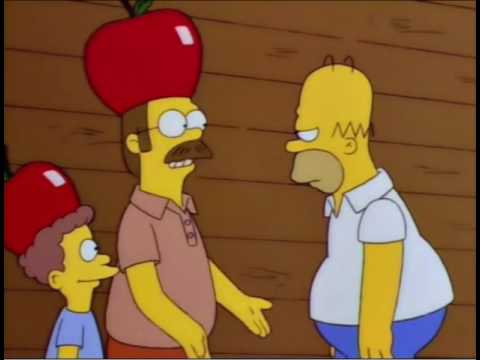 Are apple cider and apple juice... the same?

Some companies, like Martinelli's, do consider both their juice and their cider to be the same thing. And that's OK -- because generally, the cider/juice conundrum isn't strictly, or legally, defined. It's more nomenclature that's commonly accepted than anything else.

Martinelli's has this to say on their website: "Both are 100% pure juice from U.S. grown fresh apples. We continue to offer the cider label since some consumers simply prefer the traditional name for apple juice."

While their cider v. juice stance is bafflingly charitable, the state of Massachusetts takes it a little more seriously.

The diminutive, angry state of Massachusetts has some decidedly bold feelings about what cider means... to them, at least. Via their official state website, they believe that "Fresh cider is raw apple juice that has not undergone a filtration process to remove coarse particles of pulp or sediment."

"To make fresh cider, apples are washed, cut and ground into a mash that is the consistency of applesauce. Layers of mash are wrapped in cloth, and put into wooded racks. A hydraulic press squeezes the layers, and the juice flows into refrigerated tanks. This juice is bottled as apple cider."

"Apple juice is juice that has been filtered to remove solids and pasteurized so that it will stay fresh longer. Vacuum sealing and additional filtering extend the shelf life of the juice."

The site also clarifies some of the danger (!) of cider, as this definition of cider (as it's often unpasteurized) is perishable, and will ferment if left unrefrigerated.

So, in essence, for the most part, apple cider is (basically) unfiltered apple juice. And -- due to the way it's produced -- will have a tangier, almost "harsher" taste than your traditional apple juice. This is probably why cider is oft-considered to be a more "grown-up" version of apple juice.

Does the rest of the world share this opinion?

Actually, outside of the states, the word "cider" is generally meant to designate what we would call "hard ciders" here.

So, if you're in England and you buy your 8-year-old a tall glass of cider, you might end up spending time in a jail (or gaol, as they'd call it).

Hold on: Then what's apple cider vinegar? Can I drink it like regular cider?

Apple cider vinegar is actually fermented apple cider -- it's what happens if you let your cider go "bad." It has an incredibly high acidic content, and is mainly used as a cooking ingredient, and not as a delicious autumnal beverage.

So overall, how can I tell the difference between apple cider and apple juice?

I guess, in the end, you should really just follow Ned Flanders' original advice on the subject: "If it's clear and yella', you got juice there fella', if it's tangy and brown, you're in cider town."