The Case for Fish Soup For Breakfast 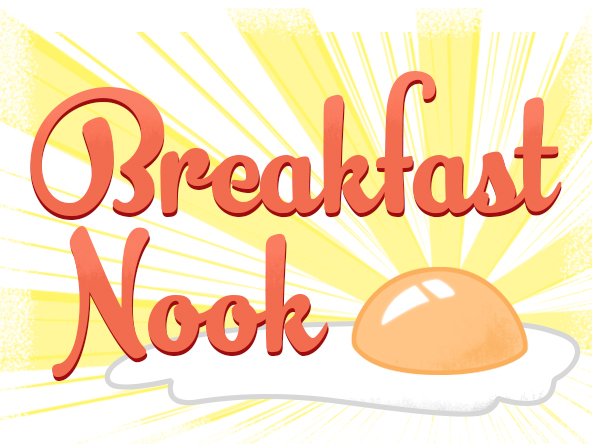 It’s tough to disguise disgust -- at least, disgust on the wrinkled face of my 11-year-old best friend Barbie, who outright refuses to eat the breakfast my mom made for us after our sleepover in the heartland of pancake-loving Central Illinois.

Though this particular breakfast isn’t even that “weird” in my opinion, I am a little embarrassed to serve her up a bowl of kongnamul guk, or soybean sprout soup, with a dollop of sticky white rice, and a rainbow array of pungent, fermented side dishes. “Do you have any toast?” Barbie asks politely, and I suddenly want to melt into the ground when I see the disapproving look on my mother’s face. She believes that Korean gastronomy reigns supreme -- not only as the most delectable, but also the healthiest and most evolved, of all cuisines to grace the green earth. “Actually, I’m not that hungry,” Barbie concludes weakly after reading my mom’s face, but I knew it was our food.

But does breakfast have to be cereal and muffins? “If American embraces more of its ethnic cuisines, it can develop a healthier breakfast by drawing from many cultures,” New York-based registered dietician Atheer Yacoub says. Yacoub, who grew up in Alabama, where grits, waffles and pancakes rule, now eats a savory Middle Eastern-inspired breakfast, featuring a selection of dishes like cucumbers, tomatoes, labneh, yogurt, eggs, fava beans, hummus, stuffed zucchini, baba ganoush, and asparagus with eggs. “It's definitely healthier than what you think of as a typical American breakfast. You’re trying to get in five servings of vegetables a day, and what better way if you can get in vegetables at your first meal?”

I’m with her, but it doesn’t seem to be health that’s the only issue. My breakfast foods are routinely shamed by many Americans that i've dated. One slender, oft-dieting romantic partner, when offered a Korean breakfast of leftover mackerel stew, turned green and made a hurried exit, insisting he has packets of instant oatmeal at work. For most of my twenties, hookups disappointed me with their paltry breakfast cupboards of granola bars and donuts. I want a real breakfast, not an airy croissant, not some other beige carb, or a sad patty of sausage.  For years, I used to take a spoonful of hot sauce straight out of my fridge every morning to satisfy my red hot chili lust because the toaster waffles in my freezer bored the shit out of me.

Like other poor Midwestern families, of course, my family did feast on ready-made breakfast foods from time to time: cereal from a bag, Pillsbury biscuits from a can, Aunt Jemima pancakes from a box. But spicy, meaty, vegetal Korean soups and side dishes were more often than not our “normal” breakfasts, prepped a day or two before and hauled in every morning from the “Korean fridge” that was sequestered outside. We would open a huge Rubbermaid of soup and ladle four portions out, one each for my father, my mother, my brother, and me.

It took bringing non-Korean friends home for me to understand that each person’s food View-Master doesn’t always show the same film. What I saw as my favorite squash rice porridge (known as jook) probably appeared in Barbie’s viewfinder as a runny peasant’s meal of melted rice blended with a strangely savory vegetable that felt weird to consume in the morning -- if ever. What looked to me like a zesty, pungent maeuntang, a spicy Korean snapper stew that would keep me full and happy until third period, probably looked like a stomachache-and-a-half to Barbie. Same goes for a steaming bowl of kimchi ramen, my favorite junk food breakfast.

Breakfast to Barbie was one of a few things, narrowly limited to a class of cream-colored items: quick breakfasts of pizza-on-a-bagel, Eggo waffles, cereal, toast, or the special super-Sunday breakfast her mom made, a near-identical twin to Denny’s Grand Slam, which contains two buttermilk pancakes (from a box, natch), two eggs, two bacon strips, two sausage links, hash browns, toast, and juice. The nutritional toll for that feast? 970 calories, 56 whopping grams of fat (16 of which are saturated), 470 milligrams of cholesterol, 2,290 milligrams of sodium, 82 grams of carbs and 21 grams of sugar. By comparison, a bowl of Korean chicken jook has 247 calories, 12 grams of fat, 82 milligrams of cholesterol, 470 milligrams of sodium, 5.5 grams of carbohydrates and no sugar.

“If you think about what we think is a traditional western or American breakfast, it's usually higher in sugar than our 'ethnic' foods would be,” Yacoub says. “Pop Tarts and cereal and even oatmeal are sugary. There’s no rule you have to eat sugary foods at breakfast, when you should start off with some sort of protein and even some vegetables.” Plus, she adds, laughing, “your vegetable intake should not primarily be tomatoes in the form of ketchup or processed sauce, and potatoes, like most Americans.” Ditto for protein -- Yacoub says your protein intake should strive to go beyond processed meats like bacon and sausage.

A one-pot breakfast soup, on the other hand, which draws deep flavors out of bone marrow, herbs, spices and vegetables, is quite nutritionally sound. It's low in sugar, and high in vitamins and minerals. The entire soup, jam-packed with nutritious veggies and maybe a little bit of meat, is also easy to prep the night before, making it easy to feed an entire on-the-go family quickly in the morning. At the end, there are just one pot, four bowls and a cutting board to clean.

So why not soup for an American breakfast? In many places outside of Western Europe and North America, a bowl of soup is how many kick-off a busy day. It can be tart and hearty, like in Ecuador, where hangovers are cured with encebollado de pescado, a tuna soup with pickled onions or curtido, tomatoes and cilantro. In Burma, mohinga, a catfish stew that balances salty, sweet, spicy and sour in the depths of its rich, muddy, turmeric-laden waters, is the morning meal de rigeur. In Vietnam, piping-hot pho is on the menu, whether it’s 20 or 35 degrees Celsius outside. In Japan, bowls of miso soup are not uncommon at the breakfast table.

All of these soups are a delicious breakfast -- you just have to work past the notion that breakfast needs to be bacon, eggs, and pastries. For the sake of your body and your hunger, give a piping hot bowl of soup a shot tomorrow morning. You may never want pancakes again.

Dakota Kim is a food writer living in Los Angeles. Tweet her your non-beige breakfast photos @dakotakim1.
Our Newsletter