Donald Trump Is Yugely Weird With Food, in Case You Haven't Noticed

You've probably heard of Donald Trump. The real estate magnate hosted 14 seasons of NBC's The Apprentice and is also the author of The Art of the Deal, a New York Times best seller. Oh, yeah -- he's also the Republican nominee for president of the United States and he wants to make America grate again and all that stuff.

But we're not here to get political, or talk about all the controversial shit the dude says. We are here to talk about food. Specifically, the Donald's YUGELY weird relationship with what he eats. It's almost as weird as his relationship with Ivanka. Let's take a look at the highlights (lowlights?) of Trump's culinary adventures, and hope for a brighter tomorrow, together.

Exhibit 1: He eats his KFC with silverware (not even a spork)

Recently, Trump tweeted a picture of himself enjoying an airborne KFC meal. There are multiple things wrong here. First off: he's eating this shit with a knife and fork. Which is almost as bad as eating pizza with a knife and fork. Which, he also does. How can he be a man of the people when he eats his fast food with cutlery?! I shudder to think about him eating a Snickers.

Also, why does he have a stack of two plates with napkins stuffed in the middle? And how can one man be expected to finish an entire bucket of chicken? Using a knife and fork, that would take hours. It's like digging a grave, with a spoon. 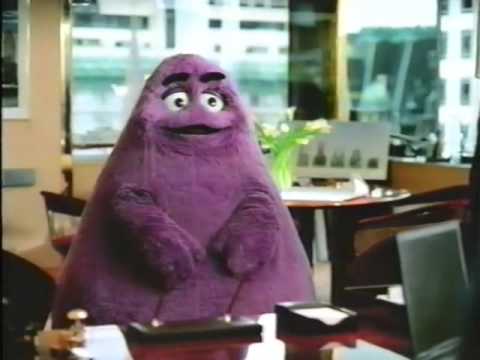 When he landed the 1,237 delegates needed to secure the Republican nomination, Trump (an ex-McDonald's pitchman himself) celebrated the way every politician worth his/her processed salt would: with a big plate of McDonald's.

This isn't the first time he's lauded the golden arches, or fast food in general, as he apparently scarfs down Filet-O-Fish and burgers like he's a 16-year-old stoner. So, he's plebeian enough to constantly eat fast food, but too good to eat it with his hands like a normal person? Nothing makes sense.

Exhibit 3: He doesn't even know how to eat at McDonald's

Look at this. All his fries gone, while his burger remains unscathed. Dude. You don't eat all your fries before you eat your burger! It messes and mixes your palate up. You need to take two to three bites of one, then switch over.

"Our taste buds are chemical sensors that tire quickly," said clinical psychologist and apparent biting expert Jean Kristeller. "The first few bites of a food taste better than the next few bites, and after a large amount, we may have very little taste experience left at all."

Exhibit 4: He's starting to eat before the rest of his family in this photo

I know campaigning to be the POTUS is tough, but this is just rude. Do you think Lincoln dug into his bison meat before Mary Todd even picked up her fork?

Exhibit 5: He vastly overestimates the quality of taco bowls inside Trump Tower

"The best taco bowls" are definitely not made in Trump Tower. That's like saying "the best T-shirts" are sold in Disney World.

Exhibit 6: He likes his steak well done, like a monster

When President Obama recently said Trump is "unfit to be president," I'm sure he had this in mind.

Since this 1995 very, very classy Pizza Hut commercial, it seems as though the Donald has refused to touch food directly with his (maybe small?) hands. Even in pictures where it appears as if he is holding food (like the one below), he is actually just barely not touching. Why? Only Melania may know for sure. Maybe he just doesn't like to get his hands dirty.
Getty/ Win McNamee / Staff

Exhibit 8: He loves foods on sticks

Actually, I love foods on sticks too. No harm done here.

Wil Fulton is a staff writer for Thrillist. Everyone loves foods on sticks. Follow him: @wilfulton.
Our Newsletter