11 Simple Ways to Take Your Cookout to the Next Level 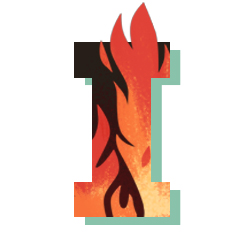 It doesn't take a hell of a lot to host a successful cookout: some hot dogs, cold beers, friends, and a rigid "no smoking" policy near any open propane tanks, and you'll be in pretty good shape. But why settle for mere success when you can make them legendary? With a few simple tweaks -- some culinary, some technical -- you can take your cookout game to the next level.

Invest in some high-end outdoor speakers

The kind that turns every corner of your yard or deck into a digitally enhanced musical wonderland. And as a bonus, when you want everybody to leave you can just casually throw on some Creed and watch the crowd scatter.

Make a keg out of something that isn't a keg

A chicken if you're lazy. A pig if you're baller. A bear that you killed with your own bare hands if you're legend.

Break out the Slip 'n Slide

Or just coat a tarp with KY jelly. Either way, the addition of some sort of slightly dangerous childhood nostalgia into the mix certainly ups the ante. Just be sure to check for shards of glass before laying down a thin coat of plastic for friends to rocket across.

Befriend chefs and invite them

Have you ever grilled with a chef? They basically turn your backyard into a restaurant. Any friend who also happens to be a culinary behemoth who can straight-up take apart half a cow with one hand while playing cornhole with the other is definitely the BBQ MVP.

Turn your backyard into a bike-in movie theater

It doesn't take a hell of a lot to transform your yard or deck into a movie theater. Maybe you've got a big-ass wall you can paint white, or just a huge white sheet you can hang. Throw in a projector, some speakers, and a copy of Point Break, and you've got yourself an event. Just be sure to grill up some meatball sandwiches.

Make your own custom beer koozies

You know how weirdly excited people get when they find a Coke can with their name on it? Now imagine it's beer. Huzzah! It's simple and cheap to make custom beer koozies, and doing so will give people something to remember the cookout by... which comes in handy considering that your gigantic pig keg made things tough to recall.

We're not saying that you should drop 10 grand on a big-ass outdoor kitchen with TVs and whatnot (though if you want to, check this out!). But if your grill functions as much as a cooking vessel as it does a conversation starter, you're already setting yourself apart from the millions of standard-issue charcoal rigs out there.

Dig a pit and make some barbacoa. Smoke a pork butt in all its Carolinian glory. Hell, get some swords, stab some sirloin, and meet at the confluence of Fogo de Chao and Medieval Times. Once people identify you as a person who goes beyond just putting crap on a grill and waiting, yours will be the cookouts everybody looks forward to.

Invent your own yard game

The world is your Calvinball, and if there's a game that only gets played at your house, your house becomes the arena. Just be sure to print out some rules to make it official.

Bottle and label your BBQ sauce

Choose your style, then put your own twist on it. Or just re-bottle some other BBQ sauce. Nobody's gonna know the difference. Except maybe all those chefs you invited... though they're probably on the Slip 'n Slide, so whatever.

Senior editor Andy Kryza is the proud co-creator of Punchball, a breezy combination of volleyball, badminton, flip cup, hockey, and Thunderdome. Follow him to making up rules as he goes @apkryza.
Our Newsletter