These flaky hazelnut treats are the ideal way to cap off summer. 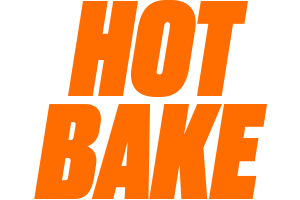 Rarely do I find myself busting out the flour, thermometers, and sweet stuff. It’s a lot of effort and following of directions, and I tend to screw those things up—at least on the first try. However, us non-bakers can appreciate a good dessert, too. The trick for us pastry- and cake-ruiners is to stick to projects we can handle. Recently, I discovered a good one: Nutella baklava rollups. I found the recipe on the YouTube channel Dimitra’s Dishes.

My family is Greek, so I grew up on baklava. Traditional baklava is a dessert of layered filo dough interlaid with melted butter and chopped nuts—usually walnuts or pistachios—all soaked in honey or a sweet syrup. Pieces are cut into the shape of rhombuses. Baklava is enjoyed in Eastern Europe and beyond, with Greece and Turkey both claiming its origin. It is a regional delicacy in Armenia, where it is seasoned with cinnamon and cloves, as well as Iran, where cardamom is added.

While classic baklava is delicious as is, it can be tedious to make as it requires layering each sheet of filo one-by-one and painting them with melted butter individually. The roll-up style simplifies this step, compared to the traditional stacking method. In addition to being a more straightforward technique, this recipe adds an amazing twist on the original flavors. Hazelnuts, which are often found in the baklava of Turkey’s Black Sea region, are used here, and playing on that flavor profile, Nutella or a comparable chocolate hazelnut spread makes a great addition.

This take on baklava may not be traditional, but it is good. I made it for the first time this past Easter, and it was a hit. While my mom’s aunt, Helen, who is a baklava purist, was definitely suspicious, even she had to admit the rolls forayed from the classic in the best possible way. The sweet and sticky orange syrup is what really keeps this tangential recipe in the family of baklava rather than something totally different.

And best of all, this recipe is accessible to good bakers and bad bakers alike. Limited oven time, little multitasking, and few ingredients make this recipe a cinch, even if you’ve never worked with filo before. (And an important thing to know if you’re working with filo by the way, is to let it defrost in the fridge for 24 hours before use.) There’s never a bad time for this dish, and it’s particularly good during these warmer months as it’s so light. Pair it with an iced coffee, and enjoy!

Directions:
1. ​Preheat the oven to 375°F.
2. Combine all of the syrup ingredients into a small saucepan. Mix well and bring to a boil. Cook just until the sugar is dissolved. Set aside to cool completely.
3. Cut the phyllo in half and stack covered with a slightly damp towel to prevent it from drying out.
4 .​Line a baking tray with parchment paper.
5. ​Brush a sheet of phyllo with melted butter. Place a spoonful of chocolate hazelnut spread and top with some chopped hazelnuts.
6. ​Fold the sides of the phyllo pastry over the filling and brush with some melted butter. Roll up and set on the baking pan.
7. Continue the same process. Brush the tops of all of the rolls with the remaining melted butter.
8. ​Bake in the preheated oven for 15-20 minutes or until golden all around.
9. As soon as the baklava rolls come out of the oven, pour the syrup over them. ​Let them soak in the syrup for 5 minutes then flip them over.
​10. Serve warm over some banana slices.

Alex Erdekian is a writer living in Brooklyn. Her food and travel journalism has been published in Thrillist, Condé Nast Traveler, and other publications. To read more from her, visit alexerdekian.com.
Our Newsletter