How to Make Tamales and Prepare Your Own Masa at Home 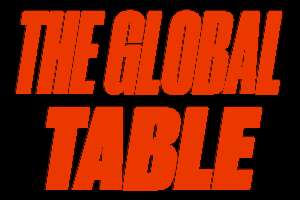 Tamales are a food of celebration. While a special occasion is not always a prerequisite, friends and family are. They’re meant to be made in the company of loved ones, in large quantities only. And in order to ensure that your vegan friends are not left out of the party, try this plant-based tamale recipe with a smoky jackfruit and chipotle filling.

“If anyone in my family is making tamales, we’ll all get together and go to their house, because it’s pretty labor intensive. Just because, for some reason, they won't stick to making maybe six or eight or ten. They're there to make 40 of them in one sitting,” says Edgar Castrejón, author of Provecho, a cookbook comprised of vegan Mexican recipes.

Castrejón first hit his stride on Instagram, where he posts vibrant, mouth-watering photos of his plant-based creations. While studying horticulture and plant science at Chico State, Castrejón worked as a market and harvest manager at a farm. “I was kind of lonely out there,” he remarks. “So I just kind of started posting my mind on social media.”

“There were a couple of times where I had to take care of cows. The moment I started to pet some of them, they came back for more pets,” Castrejón explains. “And I just made the connection in that way. I was like, ‘Oh, there’s no way I can eat this animal ever again.’"

And that’s exactly how Castrejón’s veganism and social media presence intertwined. Though he found his veganism to be isolating at times, he ultimately encouraged his family to open up to plant-based cooking. His jackfruit tamale recipe, in particular, is grandma-approved. “My grandma said that, where she’s from in Mexico, they never use meat in their tamales. So for her, it’s actually super traditional,” Castrejón says.

How to prepare the masa

Zack Wangeman, chef and owner of Brooklyn’s Sobre Masa, believes nixtamalization with your own corn makes a world of a difference, and it’s something home cooks shouldn’t find intimidating. “I think the cool thing about tamales is that the masa doesn’t need to be fine,” Wangeman says. “It's a coarse masa, so you don't have to worry about it being pliable like a tortilla.”

Wangeman says you can easily get your hands on calcium hydroxide at any Mexican grocery store and a hand crank mill from Amazon. “An easy recipe would be, let’s say, one kilo of corn, three liters of water, and 30 grams of calcium hydroxide,” he says. You’ll need to dissolve the calcium hydroxide in the water, add your corn, and cook it until it’s al dente. After letting it sit overnight, rinse it the next morning, and then throw it in the hand crank mill.

But whichever way you choose to go, you’ll want to end with a masa that’s spreadable. “My mom always says that, once you get the mixture to feel like Play-Doh, then you know it’s done,” Castrejón says. And it gets better with time, since masa benefits from oxygenation, so letting it sit hydrated for an hour will ultimately help your tamale’s texture.

Many tamale recipes call for lard, but both Castrejón and Wangeman opt for oil. “A lot of times I’ll use grapeseed oil and think of playful ways to flavor it,” Wangeman says. “I’ll put in chard, onions, garlic, and a bunch of dried shiitake mushrooms and let it confit in the oven for like two hours.”

What should I use for the filling?

The filling is the easier part, which is simply a matter of sauteing vegetables. And there are plenty of options to choose from. If you’re not a fan of jackfruit, Wangeman’s foolproof filling is black beans and queso, but he also suggests trying a tamales de rajas recipe, which is one of the more traditional varieties.

“The simplest way, which I think is really cool, is to do everything raw,” Wangemann adds. “People in Mexico will slice the onions, the garlic, the peppers, and the tomatoes. And then they'll put in the tamale and steam right away, so it all ends up cooking. I like this recipe because of the tomatoes you end up with—these really large chunks of stewed tomato.”

How to assemble a tamale

In addition to being a convenient vessel, the corn husks also impart an essential flavor. “Even though you’re already using masa, the husks add this extra sweetness and nuttiness,” Castrejón says. “There’s actually a lot of traditional recipes in Mexico and Latin America that use plantain leaves, because it adds another depth of flavor.”

And it’s important to soak your corn husks before filling them. Wangeman explains, “If the leaves are not wet when you're assembling them, your tamale won't stick to the leaves. It will come off easier when eating it.” You’ll also want to save a few husks for ties. The fibrous nature of the leaves makes it easy to strip them into pieces, which will then get used to wrap the tamales.

If you don’t have a pot with a steamer insert, there’s plenty of room for creativity. You can try using a dumpling basket, or the inverse bowl method, which involves placing an upside-down mixing bowl into a large pot and laying the tamales out on the bottom part of the bowl. Wangeman says he has even seen a hack that involves placing balls of aluminum foil at the bottom of the pot, with a heat-proof plate on top.

Once your tamales are done, Castrejón recommends topping them with crema and salsa. You can throw any extras in a Ziploc bag and keep it in your freezer for up to three months. But that’s if your tamale party ends with leftovers.

As Wangeman says: “Who wants to eat only one tamale?”

1. To prepare the masa dough, mix all dry ingredients into a large bowl, then add oil, mix well with hands or spatula. Then add water, but slowly, a ½-cup at a time. Depending on how dry or old your maseca is, that’s how you determine how much water your dough will need. The masa dough should be more like Play-Doh, but spreadable. Set aside.
2. Take 2-3 husks and rip into strips to tie the tamales later on, 1 husk makes about 8.
3. Open the cans of jackfruit and strain all the liquid, then shred with your hands set aside. Finely cut your onion set aside. Then cut about 4 large Roma tomatoes to make up 4 cups. It does not have to be perfect. Set aside. Then cut 2 medium-sized potatoes into thin matchsticks. Set aside.
4. Heat up a large non-stick pan, add oil and then the onions. Cook and stir for 5-7 minutes. Then add the chipotle pepper, shredded jackfruit, cook and stir for 8 minutes. Then add 1 cup of tomatoes and cook and stir for 5 minutes. Keep adding 1 cup of tomatoes at a time so it doesn't get too wet. Then add the rest of the dry seasonings and the potatoes. Cook and stir for 15 minutes while covering the pot making sure the potatoes are cooked all the way. If it starts to get stuck add 1 tbsp of water at a time.
5. Turn off the heat and start heating up a large pot with a steamer rack to be able to steam- cook the tamales. Once your masa and filling are ready, spread the masa out over the corn husks to ⅓-½-inch thickness. Place one spoonful of the jackfruit filling into the center. Fold the sides of the husks in toward the center. Finally, wrap the tamal with the strips of the husk you made earlier. Place upward in a steamer. Steam for 80 minutes. You may check on it when it hits an hour and check if it's ready. The masa has to be on the firm side. Enjoy!

Jessica Sulima is a staff writer on the Food & Drink team at Thrillist. Follow her onTwitter and Instagram.