Things That Could Ruin Your Cookout, and How to Fix Them 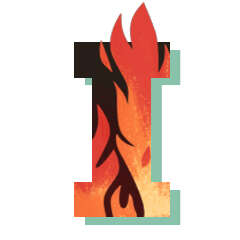 It doesn't matter whether you're about to close down the summer season or one of those lucky bastards who lives in grilling weather all year round. A backyard blowout is a surefire way to make friends, keep acquaintances, and annoy your enemies by showing off your hosting mojo in style. But what if something goes sideways? How do you maintain optimal barbecue party conditions when reality rears its hideous head? Here are 11 common grilling snafus and how to unscrew them.

Ants have crashed the party

Tiny, uninvited armies of scratchy, biting, grody arthropods love a cookout as much as you do. And you’re outnumbered. The good news is that it's unlikely anyone's going to die from an ant allergy. The bad news is they get everywhere.
The solution: Cinnamon. Ants hate cinnamon. It messes with their ability to chemically communicate and navigate. Just sprinkle some around the legs of your grill, chairs, and tables. It’s like cutting off that little army’s radios.

The beer-to-guest ratio is unexpectedly off

It’s a rookie mistake, but made all too often. At the rate your guests are guzzling, you’ll be out of brew before the steaks are half done.
The solution: One bottle of cheap wine. One can of frozen juice concentrate. Two cups of water and as much ice as it takes to fill the pitcher. Sangria is cheap, easy to make, and takes a long time to run out of. Also, the run to the store is cheaper than buying another three racks of good beer. See also: shandies, or those weird mega-punches college kids make.

The neighbors call in a noise complaint

Sometimes they have a point. Sometimes they’re just being dickheads. Either way, they called the cops and now you’re talking to one, which sucks because that sangria was going down a little too easily.
The solution: Cops like being talked to with respect. Smile. Keep your hands visible. Immediately get everybody to shut up and turn the stereo off. Don’t kiss anybody’s ass, but be polite and use non-threatening body language. If you’re cool, the cops will just walk away. Keep quiet for half an hour, then return to normal. Most of the time, the cop will place a second call on low priority.

Your grill is filthy

The burgers patties are made. The guests are here. You open the lid and damn: You forgot to clean the charred chunks of chicken from last week. Gross. Embarrassing. Pop quiz, hot shot, what do you do?
The solution: Fire that grill up and close the cover. Wait 20 minutes. Take a soaking-wet washcloth and roll it up, then hold it between a pair of tongs. Use it to wipe down the grill. This instant steam-cleaning will wash off most of the crap and loosen the rest so a quick wire-brushing (using a potholder for your hand) gets rid of all the rest.

Hey, vegetarians are people too. And sometimes they are people who unexpectedly show up at your barbecue bash when you've neglected to provide anything other than grilled meat options.
The solution:Asparagus, pineapple, portobello mushrooms, zucchini, eggplant, and peppers of all kinds. A little olive oil, some salt and pepper, and a few minutes over the fire makes these delicious. You should offer some even to your carnivores, and have a few in stock for the herbivores among us.

Your horrifying cousin showed up

Or maybe he’s an in-law. Whatever. He’s that guy who drinks all the beer, then gets loud and political and potentially violent. And you can’t uninvite him because then your wife or your grandma will be mad at you for longer than is convenient.
The solution: The Jedi Mind Trick. Bouncers love this one because it works: Take the guy aside early in the evening before he's had his first beer. Point out a couple of different people. Say “Those dudes sometimes overdo it and get a little out of hand. Could you do me a favor and just tell me when I should cut them off?” It’s crazy how well this works.

Stupid meteorologist: She said it would be clear skies through Wednesday, but here you are on Saturday night with a house full of guests and a downpour outside. Sure, everybody’s down for a game of Cards Against Humanity, but how are you going to cook?
The solution: DO NOT GRILL INDOORS! Unless you have a fancy rig designed specifically for indoor grilling, this can kill people. Don’t kill people at your cookout. Except for Charles. Kill Charles anytime you want. Just put on a hat or grab an umbrella and grill in the backyard with the cover closed. You should always grill with the cover closed anyway. It will take a little longer, because the rain will cool the barbecue, but mostly just stay the course. Or, you know, just use your oven. But don't throw coals in it.

Your propane runs out, and nobody's in any condition to drive

You should have checked the tank, but you didn’t. Driving is not an option, and walking to the store would take an hour. There aren't enough sides in the world to feed you all, so how do you cook those perfectly marinaded steaks?
The solution: The easiest fix is to always invite somebody old enough to drive, but not old enough to drink. If you didn’t do that, call an Uber or Lyft. Worst case, you can have the driver take you to the store and back. But some, if you call them on their way, will show up with the propane if you promise a good tip.

First: how much do we all hate Margot? Seriously. She is absolutely off the Christmas-card list this year. But her dozen uninvited friends mean you have twice as many mouths as you planned for right now, and you don't want to be rude (unlike somebody). How does everybody get fed? It’s not like Margot brought anything but a bottle of wine she’ll drink all by herself.
The solution: Cut all your steaks in half. Reform the burgers. Split the brats down the middle. Make lots of small stuff and cook it up, then serve it buffet style. Break into the snack cupboard and lay out some extra bowls of chips, crackers, Twinkies, whatever you have on hand. Worst case, you can open some cans of beans and make chili with the grilled meat in a two-stage cookout that looks like you planned it. Then lose Margot's number.

Yellow jackets are swarming everything and everyone

You saw the occasional stinging insect from time to time when the day started, but now that all the beer and soda cans are hot in one corner the little bastards are everywhere. It’s only a matter of time before somebody gets stung, and you can just bet it will be Jack’s kid, the one who’s allergic to everything.
The solution: Take an empty water bottle. Cut off the top just where it starts to taper. Fill the bottom of the water bottle with about an inch of hard liquor. Set the cut-off top inside, spout downward. Place this homemade yellow jacket trap as close to the nest as you can if you know where it is. If not, place it away from the food so it attracts them. This “redneck yellow jacket trap” will do the rest.

You got a little too focused on talking with your wife’s hot friend from work, then lost another half hour getting quietly yelled at for it by your wife. By the time you got back to the grill, it was all over. Charred carbon as far as the eye can see.
The solution: This one’s binary. If it’s just a little char, spend some quick quality time with your filet knife and cut it off. The meat inside will be edible. If it’s burnt to hockey puck status, there’s not much for it. Call the pizza guy, or Uber Eats (there's probably a BBQ joint on there, right?). No sense being stubborn when everybody is hungry. Except Margot. She can remain hungry.

Jason Brick is a voracious reader, heroic drinker, and super-cool dad (not necessarily in that order of importance). When not testing the theoretical limits of coolness, he practices martial arts so he can beat people up for teasing him about how much he likes playing Dungeons & Dragons. Find out more at BrickCommaJason.com.