How to Get Started Smoking Meat, According to a Third-Generation BBQ Legend

Start with a relaxing bacon rub. 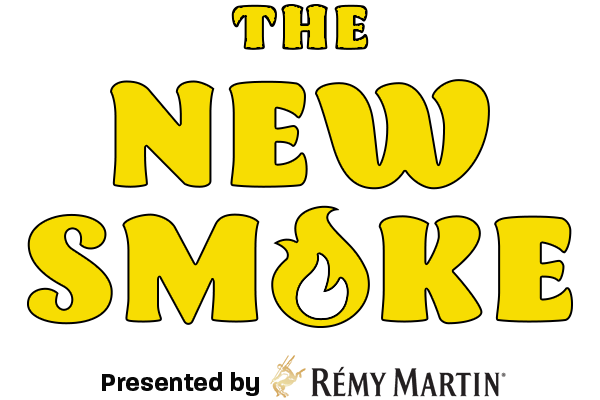 Smell that? You smell that? Brisket, son, nothing else in the world smells like that.

If you’re a fan of barbecue (and quotes from Apocalypse Now), you love the smell of meat in the morning. And if you cook it right, it should smell like victory.

But achieving smoked protein perfection isn’t easy. For a novice, it can be as intimidating as a shirtless Robert Duvall talking about napalm. To demystify the smoking process, we sat down with Wayne Mueller, third generation pitmaster at Taylor, Texas' legendary Louie Mueller Barbecue, for a crash course in getting started in the world of smoking. Mueller, when he's not manning the pits, travels the world spreading the gospel of coarse black pepper and proper fire management. Follow his tips to go from amateur to slow-and-low sage.

How to pick the right smoker

Choose wisely, young pitmaster. There’s a few things to consider when buying your first smoker, primarily how much blood, meat sweats, and tears you’d like to put into your new craft.

The easiest entry is a ceramic unit like the Big Green Egg. It’s compact, allows for low-and-slow cooking, and is excellent at feeding a family. Sure, it’s powered by charcoal, but adding chips or pellets will still supercharge your meats with delicious smoke flavor.

The second option is a pellet smoker (Traeger is the most popular brand). These automate heat and airflow, so you’re technically cheating, but it’s still a big step toward a real-deal offset smoker. “You don’t have to know all the mechanics,” says Mueller. “It handles much of that for you, but gives you a closer representation to what an offset is.” If you’re not into the science of smoking and just want results, this is the quickest way to get them.

“The third option is for people whose aspirations are bigger,” says Mueller. Offset smokers can be ridiculously expensive, but you can find a great one at a hardware store for a couple hundred dollars. For smaller models you’ll use wood chips instead of whole logs, which will actually force you to pay more attention to fire management. Be warned: this is the no-safety net option.

How to gear up

After you've chosen your smoker, it's time to gear up. And the first two words you need to know are "temperature gauge." Bluetooth thermometers allow you to comfortably measure chamber and meat temp from the comforts from your couch. Both Green Egg-ish and Traegers will automate the heat, but it’ll still require some vigilance to stay within a 10-degree zone.

Gloves are another crucial must-buy. Temperatures let you know when you’re in the right range, but you’ll need to the sense of touch to find the sweet spot between a tense mass of meat and marshmallow squish of over-cooked collagen. Unless you’ve been conditioning your palms into oven mitts, you’ll want some protection when you pick up that meat.

The last tool Mueller recommends is a little more emo: a diary. Barbecue is all about trial and error, and you won’t learn from your mistakes unless you track them.

How to maintain a smoker

First, you’ll need to season your grill. Spark a fire, put some fatty meat on the grill (bacon!), and let the fat splatter everywhere. Then for added protection, roll a coat of oil on the inside.

Naturally, cleanliness is close to barbecue godliness, but you don’t want to insult the brisket deities by going overboard. Don’t clean down to the steel: you’ll want to keep that thin coating of fat and smoke from when you seasoned it.

Should your pit rust, which -- let’s be real -- it will, don’t fear, just hit it with some steel wool and elbow grease, then rub on some more oil to keep moisture at bay.

How to choose the best meats to smoke

Although it may sound like blasphemy coming from a Texan, start with pork. If you undercook it you’re unlikely to get sick, plus the cheap price point will soften your first few error-filled trials. First try a bone-in pork butt. Next move on to ribs, in order of uniformity. St. Louis ribs will be the easiest, Texas spare ribs are a little more uneven, and loin back ribs will have the most diversity in fat caps and meat density. “You learn how to manage your fire and flow of the air so you don’t scorch the ends while leaving the center uncooked,” says Mueller.

Once you’ve mastered ribs, it’s time to jump straight to brisket. Unlike that pork butt, it’s a bilateral muscle, so you’ll need to move it around to ensure the fattier point and leaner flat are both cooked to smoke-ringed perfection. Finally, you’ll make your way to the most monstrous of Texas cuts, the beef rib, which by then will feel like a walk in the park, as it’s a relatively similar cook to that first pork butt, which by now you’ve obviously mastered.

How to choose the right wood

Most Texans prefer post oak, because that’s what grows in these parts, but don’t be dogmatic when it comes to wood, just use whatever hardwood grows in your community. Tractor supply stores, Craigslist, eBay, and even your local barbecue guy will probably sell you a couple logs. The longer you have the wood, the better the seasoning, so don’t be afraid to buy a year’s supply.

Chips and pellets won’t truly create the same results as logs, but you’ll still taste the smoke. Whatever you do, just don’t try to fake it. “Liquid smoke, Jesus Christ, please never do that,” says Mueller.

Whether you go gas or charcoal, you have standards to uphold. This summer, complement the cookout with Rémy Martin VSOP. With notes of vanilla, stone fruit, and licorice, VSOP is complex enough to drink neat, versatile enough for cocktails, and always in a class of its own. It’s the style upgrade your BBQ deserves.

“I’m old school,” says Mueller. “The easiest way to start a fire is with a propane torch, but we use a lighter, some grease-smoked butcher paper, and kindling. Build that fire and coal base, becoming one with the fire. We have to act as a parent. We have to raise each of those meats to be President, we have to raise that fire to be Hades, Lord of the Underworld. It has to be the best, and the only way is to start from the beginning.”

“Think of a humid environment versus a dry one. If you’re in the desert, it may be 110 degrees in the day, but at night it’s near freezing," says Mueller. "There’s no heat left. Go into Louisiana in August, it’s 95 degrees at 1:00 in the morning. Because of the humidity, it’s still hot as hell.”

That concept applies to low and slow smoked meats with regards to water pans. The evaporating vapor from the pan, which is placed above the coals, will help your pit reach and stay at a consistent temperature, so just put a little disposable metal pan near your fire and to keep the inside of your pit as sweltering as the bayou .

The term pitmaster gets tossed around a lot (sorry!), but a better phrase for a barbecue master might be firefighter. The real name of the game is controlling your heat source.

“Fire is a living entity. It eats and it breathes, it can breed and spread. It’s very unpredictable" says Mueller. "If it doesn’t have oxygen and fuel, it doesn’t live. Clearly the wood is the fuel source, but what we control is how much air flow gets to the system, which allows for combustion. That’s the fire consuming the wood.

“The byproduct of that is the hot stream of air. You’re creating a high pressure system, just like heated air in a hot air balloon. The molecules are moving faster, further apart, and expand. They do the same thing in a fire box. You want to keep that door largely closed. The more it’s closed, the more it pushes air through the system.”

Mueller goes on to describe the Venturi effect and aerodynamics and the physics of chamber shape and a lot of other barbecue science, but the Cliff Notes version is that you should look at the color of your smoke. Dark smoke means you’ll need to open the airflow. Eventually you’ll understand how exhaust affects what’s happening in the chamber, but in the meantime, just make sure you keep that smoke clear.

“You’re gonna have to get control on your desire to look inside the pit every 20 minutes,” says Mueller. “Distract yourself, go do something else. Set a timer to remind yourself to feed the fire, but leave everything else alone.”

That said, once in the red zone, vigilance is crucial. “You’re putting 12 hours of time in for a 20-minute window that you can’t miss. It’s like NASA missing its trajectory. If you’re a quarter of a degree off, you skip off the atmosphere and head out into the solar system.”

Got it? Good. Now go forth and smoke. And then do it a few more times… chances are, you did it wrong. And that's OK. Eventually, it'll smell (and taste) like victory.

Dan Gentile is a former staff writer at Thrillist and founding editor of Thrillist Austin who is an expert at eating barbecue, but admittedly a real dummy when it comes to cooking it. Read more of his work at dangentile.net and follow him to salt and peppered tweets at @Dannosphere.
Our Newsletter